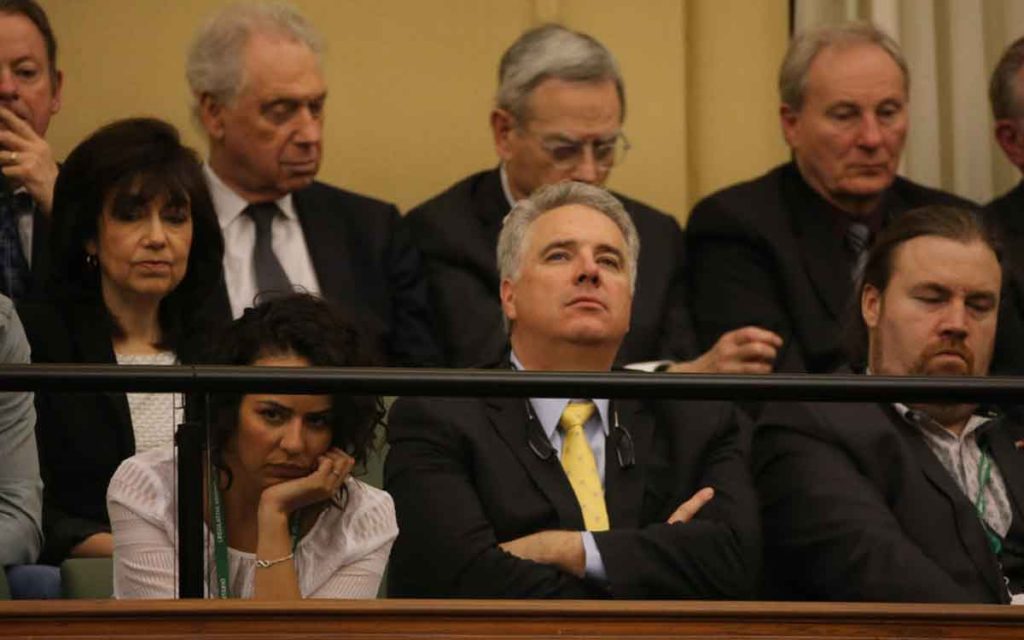 Dean French (yellow tie), Premier Doug Ford’s former chief of staff, sits in the gallery of the legislature as the government introduces its first budget on April 11, 2019. Photo: Steve Russell

Recent coverage of the political appointments’ controversy in Premier Doug Ford’s government brought to mind George Washington Plunkitt, an infamous New York politician in the early 1900’s who once said, “I never accepted a dishonest dollar.”  As long as his voters received good value for the money spent, “honest graft” was okay.

While such an attitude is frowned upon today, federal and political governments inevitably get dragged into similar controversies about “cronyism” or “corruption” when faced with the daunting task of appointing literally thousands of individuals to various roles on government agencies, boards and commissions.

The roles vary widely from full-time, paid positions like justices of the peace to volunteer board spots on university governing councils and everything in between.  Various regulatory bodies like those responsible for disciplining wayward doctors or dentists or governing provincially regulated financial companies rely on such “political appointments”, individuals named by the government of the day to undertake these tasks. Some toil away in relative obscurity, like members of the Advisory Council to the Order of Ontario, while others find themselves in the media like the Hydro One board.

Not surprisingly, a government wants to appoint people it knows, individuals it has successfully worked with in the past and that share a similar political philosophy.  It is hardly logical to expect a government to be accountable for the performance of one of its agencies if it must appoint its political enemies to run the place.  And in a supposedly free and democratic society, why would you set up a system that automatically bans people from appointments because of their political beliefs?

The key question is competence, are the appointed individuals qualified for the task or are they just the Premier’s or Prime Minister’s brother-in-law or party fundraiser.  How is such a determination made?  Is there a proper and transparent vetting process?

Premier Doug Ford’s chief of staff, Dean French landed in hot water and is now out of a job because he wasn’t following any process, other than selecting people from his own personal network, whether qualified or not.  And some were spectacularly unqualified.

As if that were not bad enough, it looked like some appointments were arranged to deliberately avoid a thorough vetting by the appointments’ secretariat, cabinet and the all-party legislative committee tasked with selectively reviewing appointments.

The damage to the Premier’s credibility is serious and it remains to be seen if he can repair it.  Already public opinion polls indicate voters now take a dim view of the government’s ethics.

It is three years before the next election.  That is a long time in politics.  Will it be enough to remove the stain? The Premier is reviewing past appointments to uncover inappropriate ties to French and has established a new vetting process.  But the steady drip of reports as more individuals are removed from their posts or resign voluntarily when their ties to French are uncovered, with more expected, is only keeping the issue front and centre.

More serious than the government’s political fortunes however, is the fate of the agencies, boards and commissions with important work to do.  Some face serious challenges, are responsible for major transformation agendas or are in need of significant reform themselves.

They require competent people with the necessary skills and the willingness to execute the government’s agenda. But while the government scrambles to clean up the mess, the backlog of vacancies is growing, leaving many organizations in limbo.  With no magic wand to fix it, this situation will dog the government for the rest of its term. 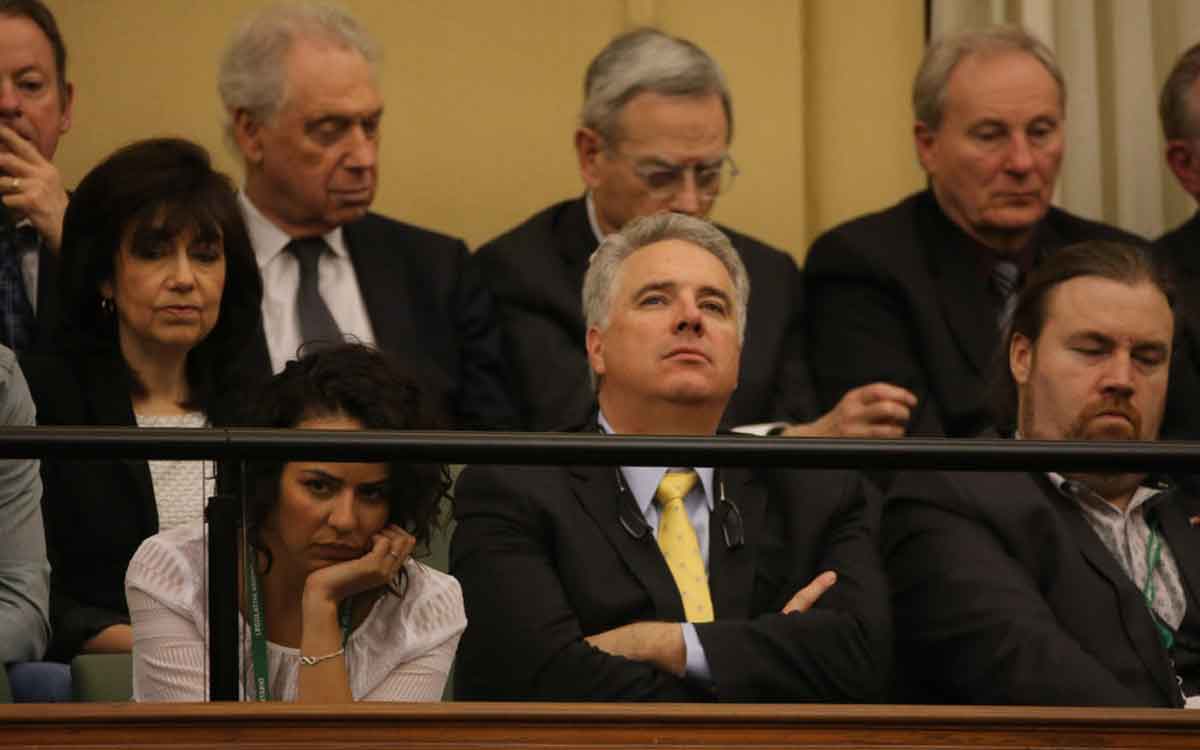