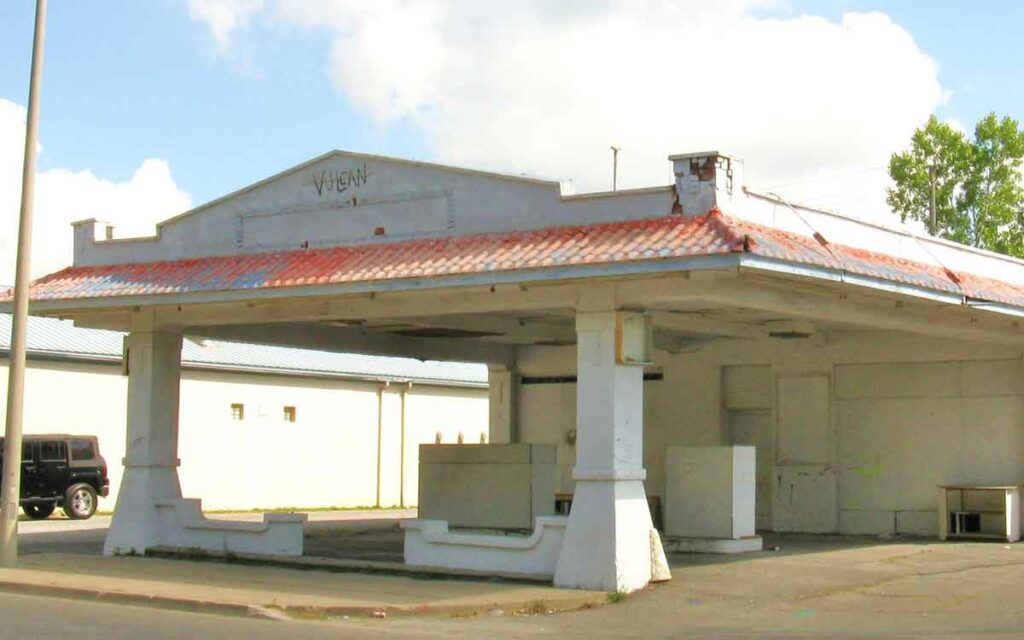 Labour Day weekend marks the unofficial end of summer for most Canadians. While this year may be a little different, many will still pack up the family vehicle and head out for some late-season fun in the sun.

Naturally, some trips will necessitate a stop at the gas station: today, a fairly banal experience at an undistinguished row of pumps.

A century ago, however, drivers looking to fuel-up had a far more varied selection of “filling station” options, both in terms of service and architectural style.

An example of this early architectural variety can be seen at 293 King Street in present-day Port Colborne; aptly situated across the road from the city’s museum and archives.

While one would be forgiven for mistaking the structure for a soon-to-be razed, long-closed Catalan restaurant from the ‘70s, the ‘Former L.J. Shickluna Service Station’ is, in fact, nearly 100 years old and represents one of only a few gas stations in the country formally designated a National Historic Site.

Built by Louis Joseph Shickluna in 1924, the King Street service station was designated by Parks Canada in 1995 due to it being: “a superior, largely unaltered early example of a distinct… building type” and “an important representative feature of the automobile-influenced urban and rural landscapes which emerged following the First World War.”

Between the start of the 20th century and the Great Depression, North America saw an explosion in automobile ownership. In 1904, there was a total of 535 cars registered in Ontario. Just twelve years later, the number had increased hundredfold; with over 54,000 registered automobiles in the province in 1916.

By 1928, Canada as a whole had nearly 1.1 million registered vehicles.

To accommodate this rapid increase in automobiles on the road, a plethora of fuelling stations sprang up around the country during this time.

Per the Canadian Encyclopedia, “the 1920s was an important decade in the evolution of the gas station aesthetic.”

The Shickluna station in Port Colborne was built in a minimalist, Spanish Colonial Revival (or California Mission) style, with stuccoed walls and terracotta roof tiles accenting a large front canopy.

According to Parks Canada, the building’s architecture demonstrates an “increasing concern [in the 1920s] with constructing aesthetically pleasing service stations, as a matter of both civic pride and corporate image”. At the same time, its “simple geometry and fireproof construction [also] reflect a new consciousness of the functional requirements” of a fuelling station.

Louis Joseph Shickluna, the station’s builder and initial owner, was the son of famed shipbuilding tycoon Louis Shickluna. The younger Shickluna started his career as a carpenter in his father’s shipyard in St. Catharines. At some point, he made his way south to the opposite side of the Niagara peninsula and opened a bike shop.

According to Historic Port Colborne, “when his bicycle shop on East Street was expropriated for the canal widening, L.J. wisely chose to rebuild on the west side of the canal, and to cater exclusively to the growing automobile trade.”

Shickluna Jr. died in 1950. Not much is published about what happened to the station following his death and/or its sale to another owner. All that’s known is that “the building functioned primarily as a service station, under various owners, throughout its history.”

Today, as it has for decades, the graffitied Shickluna service station sits abandoned on the edge of the Welland Canal, bookended by a laundromat and one of only two video rental stores left in Niagara.

But almost 100 years ago, the service station would have been a bustling, high-end filling station for locals and travellers lucky enough to own a motor vehicle. 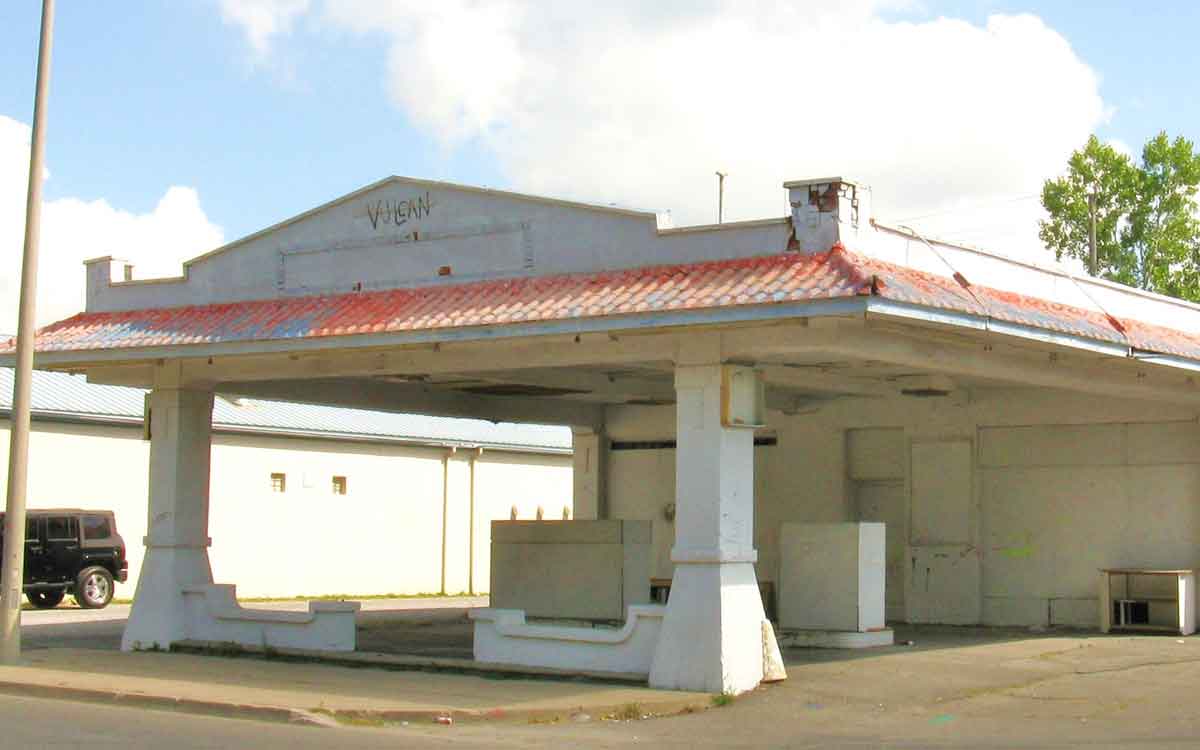