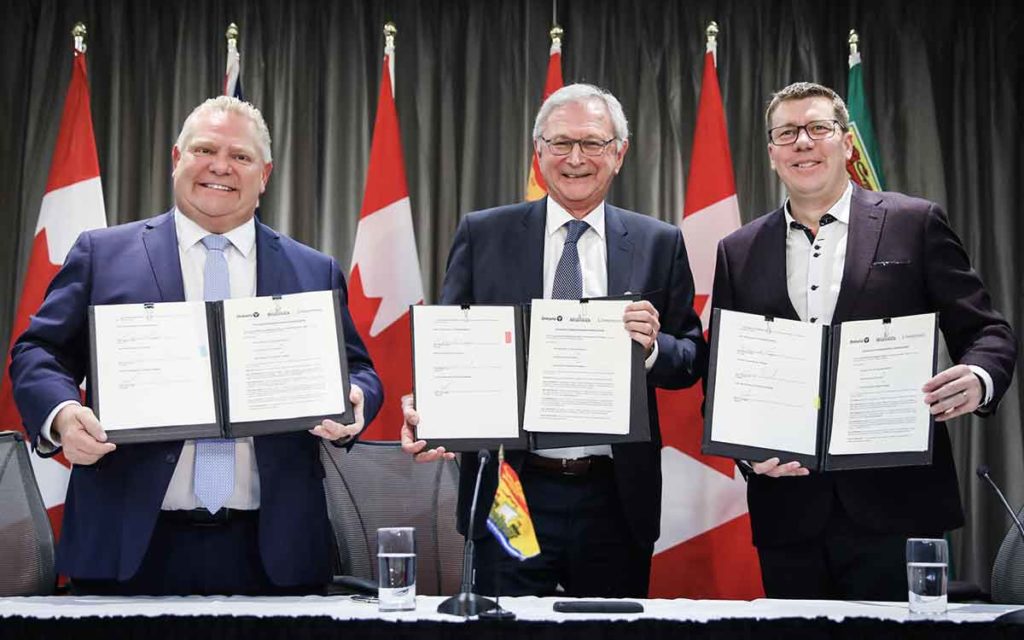 “Ontario, Saskatchewan and New Brunswick agreed today to work together to explore new, cutting-edge technology in nuclear power generation to provide carbon-free, affordable, reliable, and safe energy, while helping us unlock economic potential across Canada, including rural and remote regions,” read the statement released by the three premiers.

The plan will be to collaborate on the development and deployment of innovative, versatile and scalable nuclear reactors, known as Small Modular Reactors (SMRs), in Canada. Some ships, including icebreakers, are all ready powered by small reactors.

According to the statement, SMRs could generate clean and low-cost energy for both on-grid and off-grid communities, connect more remote and rural areas of our province, and benefit energy-intensive industries, including the mining and manufacturing sectors. The other benefit is the potential to drive economic growth and export opportunities as these technologies are further adopted across the country and around the world.

The premiers said that their respective governments “support a collaborative approach to reducing emissions and growing the economy in a way that meets the specific needs and economic priorities of each province.”

The federal government has developed the Canadian Small Modular Reactor Roadmap that states using small modular nuclear reactors can help meet Canada’s climate change commitments. According to the report Canada has one of the world’s most promising domestic markets for SMRs. Conservative estimates place the potential value for SMRs in Canada at $5.3B between 2025 and 2040. Globally, the SMR market is much bigger, with a conservative estimated value of $150B between 2025 and 2040. This represents a large potential export market for Canada. 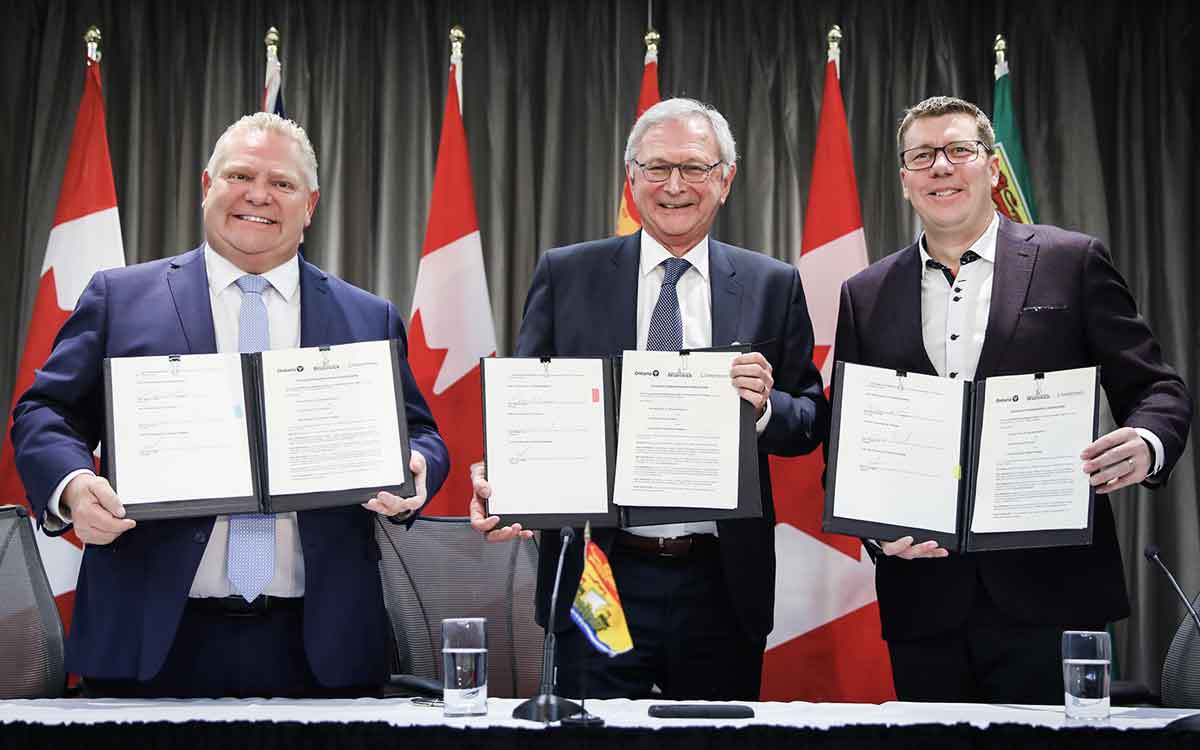