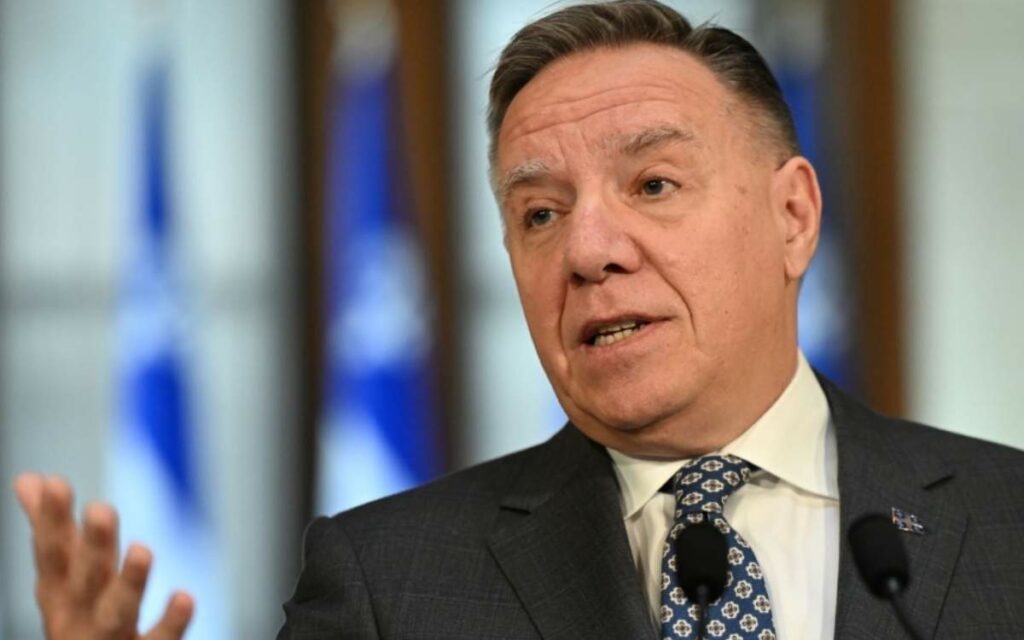 The Angus Reid Institute has come out with its regular survey of approval ratings for Canada’s Premiers and as usual there is good news for some and coal in the stockings of others.

At the top of the list is the resilient Francois Legault of Quebec with 57 per cent approval. Legault was just re-elected this past October with an enhanced majority, winning the most seats since the Bourassa government in 1989 and crushing all opposition. Despite having passed legislation that was very controversial elsewhere in Canada to prohibit the wearing of religious symbols in government workplaces and further limitations on the use of English, those measures clearly were not a problem for most Quebecers. Since his initial election as Premier in 2018, Legault has consistently remained one of the most popular Premiers with a conservative approach to economic and fiscal policy, maintaining investments in education and health care and pursuing a nationalistic agenda for Quebec without encouraging separatist sentiment.

Scott Moe of Saskatchewan was in second spot with a 56 per cent approval rating. Moe has also maintained a high approval level throughout his tenure, rarely falling below 50 per cent. Moe’s role in the next couple of years will be an important one as he has been very supportive of Alberta’s autonomy thrust and is pursuing similar initiatives in a more low-key way in Saskatchewan. It would be much easier for the federal government and some other provinces to dismiss Alberta’s ambitions if Moe was not providing solid support. As Moe is not scheduled to face another election until late 2024, he has some time to develop his pursuit of more provincial autonomy.

Speaking of Alberta, newly-minted Premier Danielle Smith has a daunting challenge ahead according to this survey which found that 44 per cent of Albertans surveyed strongly disapproved of her performance, 10 per cent moderately disapproved while 43 per cent approved. The introduction of the Alberta Sovereignty Act was viewed as a key reason for these findings. This was Smith’s first appearance in this long-running survey, and she has limited time to turn things around as the next Alberta election is slated to take place in late May 2023. In the overall ranking, Smith was in sixth spot of the nine provinces included (PEI was omitted because of small sample size).

In other provinces, Nova Scotia Premier Tim Houston was in third place with a 53 per cent rating. His recent dust-up with the federal Liberals over the forced introduction of the carbon tax in Nova Scotia didn’t seem to do him any harm. Houston was followed by Anthony Furey of Newfoundland with an approval rating of 47 per cent, which was an improvement from ratings earlier this year.

Another new addition to the list is David Eby, Premier of BC, following the resignation of John Horgan for health reasons this past June. Eby was acclaimed as NDP party leader after his one leadership rival was disqualified by the party. Eby’s current approval rating was a respectable 46 per cent for a relative unknown, but the survey also showed a very high “unsure/don’t know” response of 28 per cent. Eby has some time to become known to voters as the next BC election doesn’t take place until October 2024.

Ontario Premier Doug Ford’s star has fallen somewhat since his government won a second, larger majority mandate from Ontarians just a few months ago. While Ford’s approval was about 45 per cent at the time of the election in June, it has dropped to 34 per cent more recently. Undoubtedly the pre-emptive threat to invoke the notwithstanding clause in the education workers dispute, the breaking of his earlier promise to not permit development on Greenbelt land and some of the more disruptive elements of the housing initiative contributed to this change in fortunes for Ford. However, the next election is a long time away so getting some difficult decisions out of the way early in the new mandate may be a good plan for the Conservative government.

The remaining provinces in the report were New Brunswick and Manitoba. New Brunswick’s Blaine Higgs’ approval fell to a record low of 28 per cent. New Brunswick is Canada’s only officially bilingual province, and decisions to eliminate French immersion in the public school system was an unpopular move that contributed to this approval decline for Higgs. As the next New Brunswick election is in October 2024, Higgs should have ample time to recover.

In Manitoba, Heather Stefanson is the first female Premier of that province, and has consistently had approval ratings in the low-to-mid 20 per cent range. She does not seem to have carved out an identity for herself as yet after just over a year in the Premier’s position. She has also not yet faced an election as Premier, but that will happen in October 2023.

The next year or two will present many challenges to the provincial governments, ranging from a worsening economy, heavily indebted fiscal positions, the deteriorating state of health care and the need for federal-provincial cooperation on many important files, among others.

National unity is also at a low ebb. The federal Liberal government is getting long in the tooth and increasingly looks tired and incompetent on many important issues, and Justin Trudeau’s personal approval ratings are at an all-time low. This makes the role of strong provincial leaders all the more important. Premiers going into the next couple of years with strong approval ratings will be empowered to take leadership positions that can hopefully be advantageous for the provinces themselves and the nation as a whole.