Preparing for armageddon (and a brave new world) 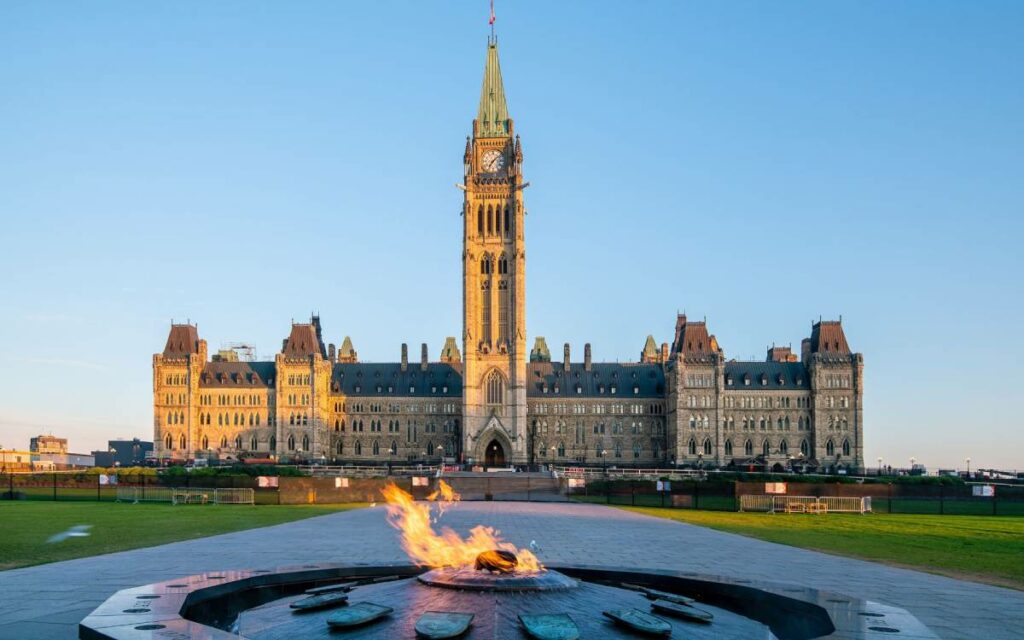 The West must recognize the threats posed by the world’s increasingly aggressive authoritarian regimes and ready itself for any situation. Specifically, Canadians must fulfill the ideals of our national anthem and be prepared to “Stand on Guard” for the nation. Photo credit: National Capital Commission

Since the 1990s, the West has embraced an end-of-history myth that all nations are on the verge of democratization. It was our hope that taking proactive steps to build relational trust would be met with reciprocity. This was a grave error of judgement.

There is much that divides the regimes of China, Iran, Russia, etc. The dictatorships are united, however, by their opposition to “western hegemony”. They have little tolerance for neighbouring democracies. They pine after their own spheres of influence. It is their preference to utilize economic might and sabre-rattling to dominate smaller states. When met with resistance they resort to force.

Many westerners struggle to comprehend why a superpower would invade a peaceful neighbour. We must recognize that our enlightened values are not globally accepted. Vast portions of the world perpetuate women as property, propagate ethnic/racial divisions and uphold imperialism as a divine right of the emperor. The threat of destruction at the hands of democratic allies is the only thing limiting vicious expansion by ruthless dictators.

It has become a widespread belief that the initial failure of Russia to conquer Kyiv has poised Ukraine for victory. Many are convinced that a combination of sanctions alongside weapons/humanitarian aid will bring the war to an expedient conclusion. This viewpoint is naive and irresponsible.

It is necessary to analyze history through a lens of years rather than days. Former Prime Minister Stephen Harper, speaking in New Delhi at the Raisina Dialogue Conference, compared this fascist resurgence to 1930s Europe. World War I and II were the products of percolating geopolitical dissension over decades. There is no reason to believe that the next time will be different.

Russia seeks to rebuild the Soviet Empire. Ukraine is merely one step in this process. Eventually, Georgia, Moldova as well as Latvia, Lithuania, and Estonia (NATO members) will be on the menu. China, for its part, eyes Taiwanese reunification and unrivalled supremacy in the Indo-Pacific. A nuclear-capable Iran would commit theocratic exploitation of women, children and religious minorities throughout the Middle East.

It is hard to imagine the enormous human suffering, economic hardship and environmental calamity that could be wreaked upon the world by such eventualities. This is, however, the future for which we must prepare. Our ability to outright avoid these phenomena is limited. It is necessary, therefore, to fervently pursue mitigative solutions.

Effective diminution requires a change in mindset on numerous issues. It means admitting that authoritarian countries will not adopt our environmental policies. There must also be a recognition that exporting democracy through globalist trade policies is a failed experiment. Finally, we need to recall that strength, not appeasement, defeats tyranny.

The notion that we can convince dictatorships to close their unclean/unethical oil industries is idealistic dreaming. It is, therefore, absolutely crucial to develop independent energy hubs. North American oil is the cleanest, most ethical and most sustainable marketable solution. Homegrown energy is the only way to meet the needs of our citizens while guarding against hostility.

Western countries must restart domestic manufacturing for essential products/services. Food, medicine and technology shortages deserve homemade solutions. U.S. President Ronald Reagan recognized the prosperity achieved through trade between free nations. Reclaiming this vision is absolutely essential for the rocky times ahead. We must divest our economies from authoritarian regimes and diversify trade among free partners.

Technology is at the forefront of our critical infrastructure and financial systems. Partnering with adversarial powers in this realm fosters vulnerability to cyber-attacks, data leaks, and financial crises. The West must establish information systems that are autonomous from the authoritarian world.

UK Army Top General Patrick Sanders has clearly stated the need to develop a force capable of defeating Russia in a European land war. Western powers must also prepare for all eventualities in the Middle East and Indo-Pacific. A strong military acts as a deterrent. If (and when) the need arises it is also ready to respond to any threat at a moment’s notice.

There will be pain during these transitions. Profits will plunge in the short term. Supply chains will be overstretched. Our quality of life will be temporarily impacted. These initiatives are necessary, however, if we wish to safeguard against immeasurably worse suffering in the future.

Imagine the overnight catastrophe of a Chinese invasion of Taiwan. Without adequate preparation, an event of this magnitude could create a market collapse rivalling 1929. A similar scale calamity would be endured by a Russian attack on the Baltics or nuclear aggression in the Middle East.

The stakes could not be higher. The threats posed by this new age are real and far-reaching. There is also, however, an opportunity for rejuvenation.

Divesting from dictatorships will increase the stability of western allies. It is simply not in our best interest(s) to fund the war chest and egregious acts of authoritarian regimes. The economic and military development of such nations directly threatens our security. Our well-being stands to be advanced by divorcing our adversaries and strengthening ties with like-minded partners.

A return of domestic manufacturing will create high-paying unionized jobs. Similar growth is obtainable through the development of North American energy.

This shift will also require western populations to develop high character and virtue. The consumer culture of cheap, low-quality items would quickly fade away. Products would become more expensive but would boast higher quality as well as better environmental/labour ethics. Delayed gratification, responsible financial management and less clutter would be the result.

It is easy to embrace the view that globalism has failed. This is not necessarily accurate. It is not artless to believe that the world has a democratic destiny. The problem is that we moved too quickly.

Certain historical phenomena preceded the development of the greatest democracies on earth. They first experienced a spiritual awakening. An era of Enlightenment followed. These two periods laid the groundwork for the recognition of human rights and the formation of necessary free institutions.

Our largest miscalculation was believing we could manufacture democracy through economic means. We neglected that the citizens of a respective nation must experience renewal and enlightenment, of the heart and the mind, in order for values of freedom to take hold.

Liberty will win the ultimate battle against tyranny. It is likely, however, that universal freedom will not be realized for many centuries. Free nations must, in the meantime, forge partnerships with traditional, as well as budding democracies worldwide.

The groundwork is currently being laid for the development of extremely vibrant societies across the historically impoverished African Continent. Envision a future in which numerous African nations are among our closest allies.

We can also look forward to a time when our adversaries experience true transformation and join the family of liberty. Until that day comes it is our responsibility to preserve the rich heritage of freedom that our forebearers fought and died to create. May Canadians fulfill the ideals of our national anthem and “Stand on Guard” of our great nation. 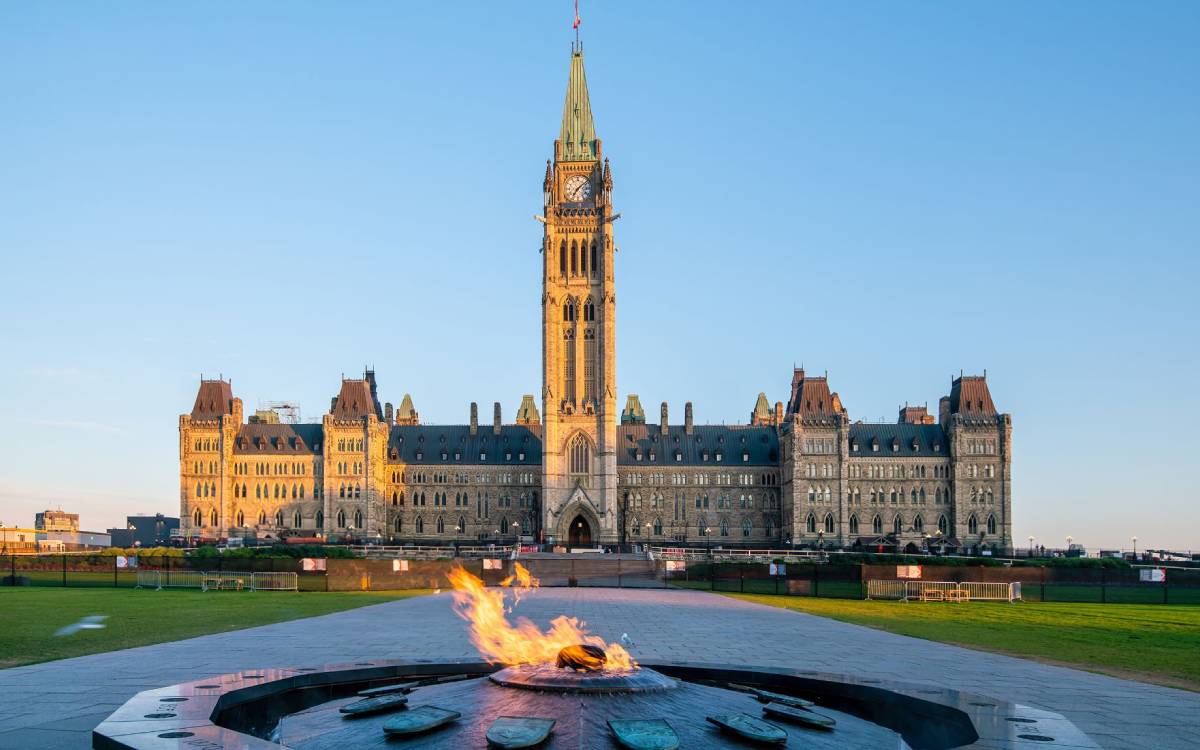