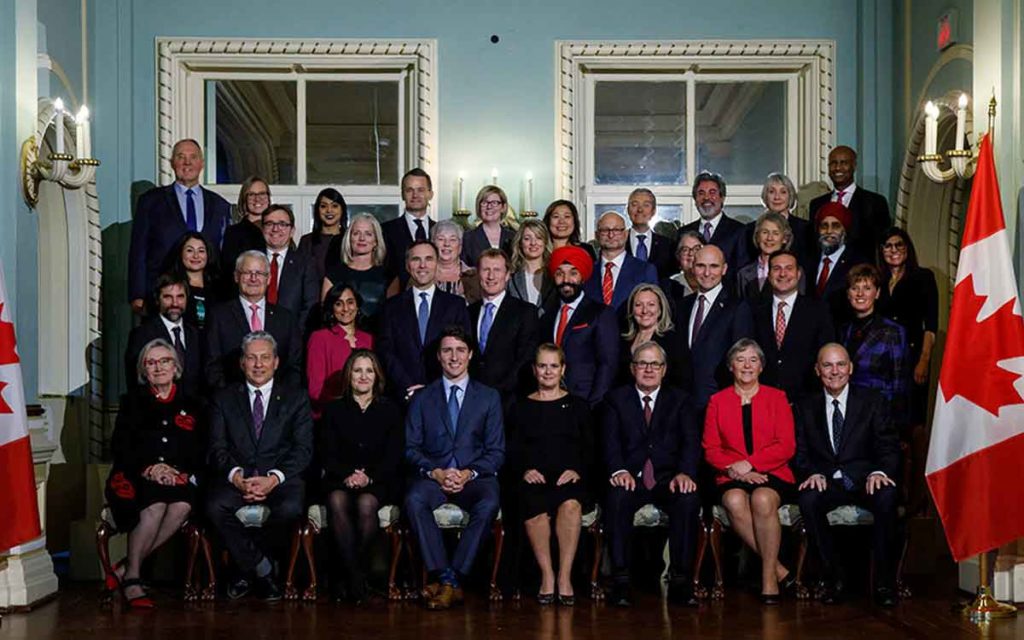 Justin Trudeau’s Cabinet that will guide the minority government in the 43rd Parliament.

With all the traditional pomp and ceremony, Prime Minister Justin Trudeau this week announced his Cabinet to guide the minority government in the 43rd Parliament. The PM has increased the number of ministers on his front bench to three dozen. A great many of these ministers were members in Trudeau’s pre-election Cabinet, and eleven ministers maintain the same portfolios. And yet, there were a few noteworthy appointments in this executive council that provide Canadians with a hint of what can be expected in the months ahead.

Most significant, the new Cabinet is weighted with representatives from Central Canada. The majority are MPs from Ontario and Quebec – and then there are four from BC, one from Manitoba, and one from each of the Atlantic Provinces. It is remarkable that Ontario and Quebec have 28 of 37 spots at the cabinet table, including the PM. Breaking this down: nearly half (17) are from Ontario with 6 from Metro Toronto, and there is an overrepresentation of 11 from Quebec with 7 from Montreal (again, including the PM). There are two words to aptly describe the Cabinet’s composition: “urban Laurentians.”

Regardless the total number of ministers, the central figures in this Cabinet can be counted on one hand. Foremost, there is Deputy Prime Minister and Intergovernmental Affairs Minister Chrystia Freeland. She has been harnessed with the formidable tasks of improving strained relations with the US as well as mending an increasingly divided Nation. On the latter, there has been a great amount of ink spilt over her Peace River Alberta childhood — as if this may endear the jet-setting Torontonian to western Canadians. It remains to be seen just how far this narrative can be stretched.

Toronto Centre MP Bill Morneau was entrusted as Canada’s Finance Minister for another Parliamentary Session. In the lead up to this week’s announcement, it was widely broadcasted that Bay Street wanted the reinstatement of Mr. Morneau in the finance portfolio (being the only elected Liberal with any tie to the country’s finance community). However, the news of his return was anything but welcoming. The Financial Post ran an opinion piece calling on the Finance Minister “to start speaking for business – not Team Trudeau.” FP’s columnist Kevin Carmichael sums up Bay Street’s less than flattering assessment: “Bill Morneau has been a disappointment, if only because his background suggested that he would have a greater impact… Morneau was parroting the Prime Minister’s made-for-social-media lines about helping the middle class. No separation, just another member of Team Trudeau.”

PM Trudeau has turned to Pablo Rodriguez to keep order in the House of Commons, naming this veteran Montreal MP as both Government House Leader and the PMs Quebec lieutenant. Rodriguez is challenged to find common ground with opposition parties and make the minority Parliament work. Key to that mission will be to keep in check the reinvigorated Bloc Quebecois. Though this minister will not get the headlines that Ministers Freeland and Morneau garner, Rodriguez will be omnipotent behind the scenes with the reins on both the Government’s legislative agenda and Quebec’s patronage machine.

Media reaction to the Prime Minister’s selection was mixed. Predictably, CBC News lauded his work: “Trudeau’s cabinet picks seem designed to project stability, seriousness.” Sun Media Brian Lilley noted: “Most of the cabinet couldn’t get picked out of a police lineup and the reality is that the days of cabinet ministers being powerful is mostly a thing of the past.” Macleans’ Paul Wells observed the bloated membership will make most ministers inconsequential: “A multiply redundant federal cabinet will quickly become a pretext for central control even if that wasn’t the point of building it that way, because none of the title-holders hold enough of the elephant to discern its shape, let alone influence its path.”

John Ivison of the National Post insightfully asserted the group of ministers around Trudeau does not matter in relation to the group of advisors in the Prime Minister’s Office. In a column entitled: “Who’s in Trudeau’s cabinet? It doesn’t matter, political power lies elsewhere,” the columnist contends, “What we are talking about is a shuffling of deckchairs – if not on the Titanic, then perhaps on the Queen Mary, a cruise ship that is no longer fit for purpose… Both cabinet and Parliament have been relegated to the role of rubber-stamping decisions taken elsewhere. The prime minister has surrounded himself with advisors of like mind and experience who act like a political praetorian guard.”

Ivison concludes: “Justin Trudeau’s cabinet re-jig will do little to arrest the continuing disintegration of Canada’s democratic representation.” (An interesting side note is that there is no longer a minister for democratic institutions.)

With Paul Wells and John Ivison pointing to where the real power lies, the question becomes who are the policy and political advisors behind the doors of the PMO (to be taken up next week!)? That being said, the story this week from Ottawa is the regal ceremony revealing Prime Minister Trudeau’s selection for Cabinet. So, we now have seated 36 ministers on the front bench waiting for Parliament to resume Dec. 5. 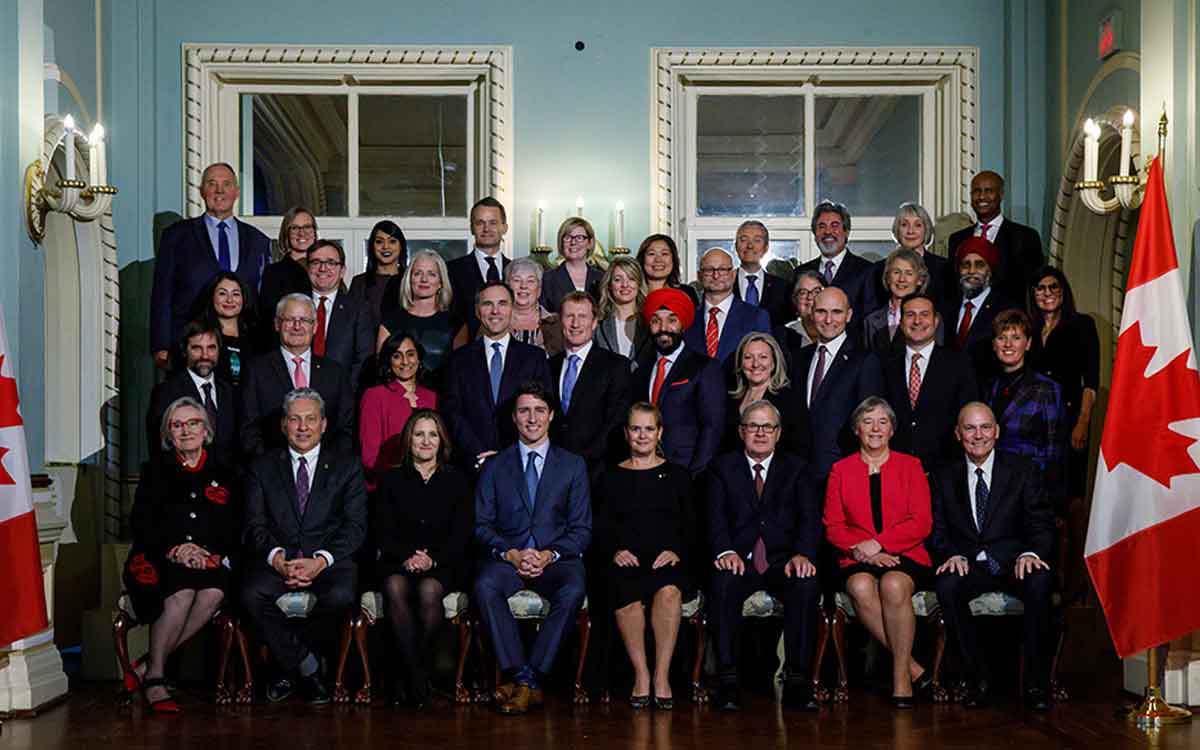