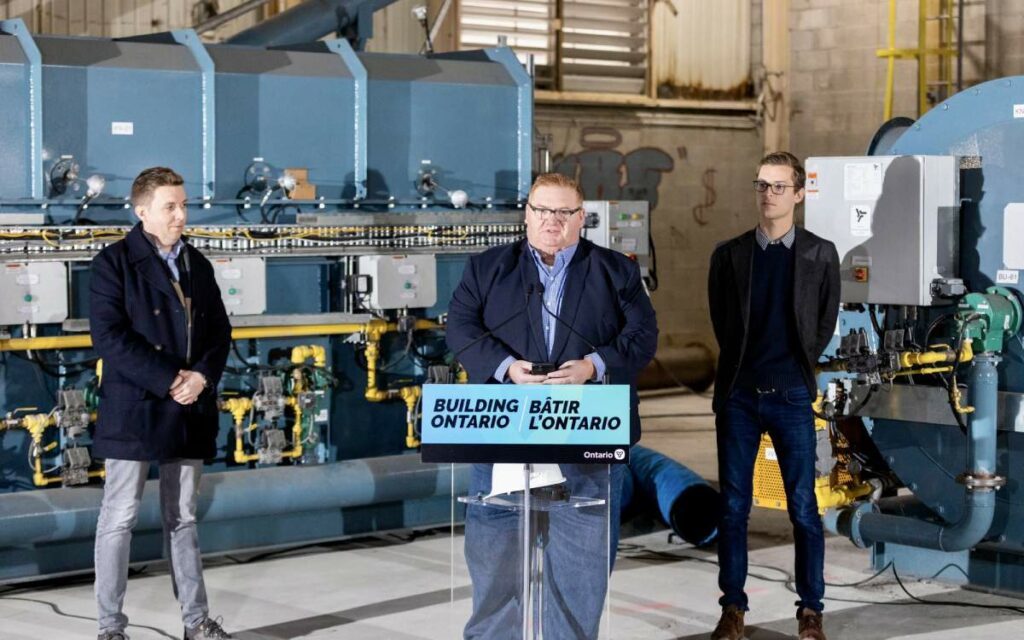 As announced on Tuesday, December 13, the governments of Ontario and Canada are together investing more than $11.3 million to expand CHAR Technologies’ Thorold facility to produce renewable natural gas (RNG) and biocarbon – creating the largest facility of its kind in Canada, and the only RNG facility in the country to exclusively use woody biomass.

“This new facility will produce clean alternative fuels and increase sustainability in the forest sector through new and emerging uses of renewable forest biomass,” said Graydon Smith, Minister of Natural Resources and Forestry, who was on-hand for the announcement Tuesday. “Our investment in CHAR Technologies is an investment in Ontario, which will boost productivity, create jobs and support a thriving forest economy that communities throughout the province depend on.”

Expansion of CHAR’s Thorold facility will create an estimated 40 new direct and indirect jobs, as well as 20 construction jobs.

The province is providing $6.4 million for the project through the Forest Sector Investment and Innovation Program, a business support program designed to improve productivity and innovation, enhance competitiveness, support new market access and strengthen regional economies.

While Natural Resources Canada is providing $4.9 million for the project through the Investments in Forest Industry Transformation program.

“For over a decade, CHAR Technologies has been a North American leader in cleantech development and environmental services,” said Sam Oosterhoff, MPP for Niagara West.

“Today’s announcement regarding a new renewable forest biomass production facility in Thorold is good news for workers in Niagara, as well as the clean energy and forestry sectors across Ontario.”

CHAR Technologies, which just moved into its new home at the Thorold Multimodal Hub along the Welland Canal south of Highway 58, has developed new state-of-the-art technology to produce clean energy from woody biomass, including unused tree parts and mill by-products like bark, shavings, and sawdust.

Once fully operational, CHAR’s Thorold facility will divert 75,000 tonnes of woody biomass from being landfilled or burned to simultaneously produce 500,000 gigajoules of RNG and 10,000 tonnes of biocarbon per year.

Energy from the project will be used to help power Ontario’s heavy industries and will produce enough renewable natural gas to heat over 5,500 homes.

“Today’s $4.9-million investment is another example of how the Government of Canada is supporting sustainable jobs, innovative technologies and green businesses,” said Vance Badawey, MP for Niagara Centre, where the new facility is situated. “This support will help CHAR Technologies Thorold Inc. use wood waste to produce renewable natural gas, reduce greenhouse gas emissions and support the decarbonization of Canadian industry.”

By providing alternative fuels, the project will directly reduce Ontario’s greenhouse gas emissions by up to 30,000 tonnes each year.

Diverting mill by-products from landfill will further avoid and reduce indirect emissions by as much as 30,000 tonnes annually, with a combined effect equivalent to taking 18,000 cars off the road.