Provincial budget deserves an A 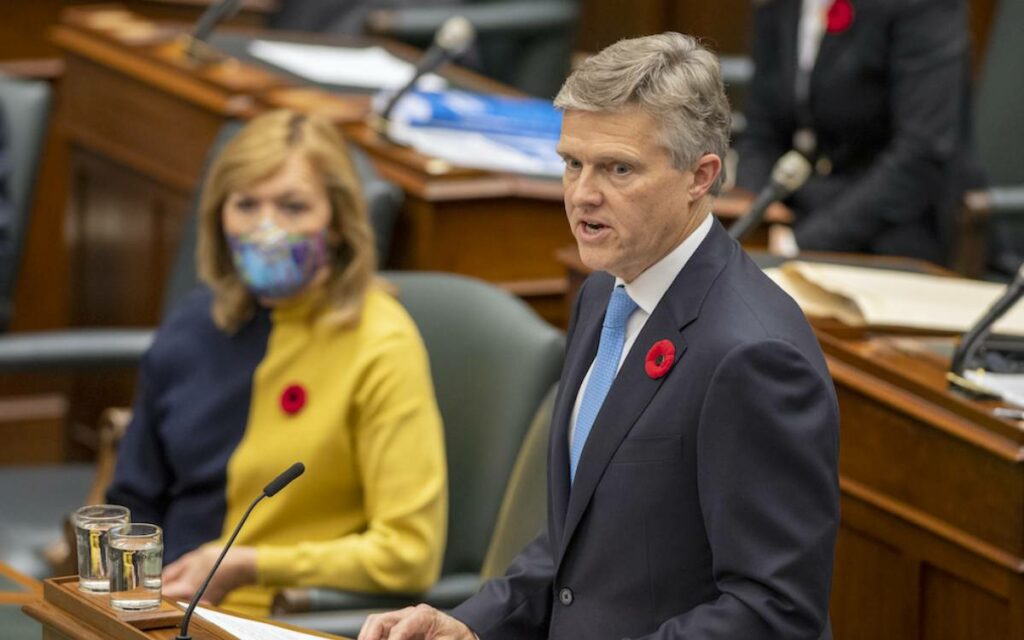 If news of your provincial budget disappears from the media a few days after its announced, old Finance Ministers used to call that “a good budget.”  Based on that measurement, Ontario Finance Minister Rod Phillips’ first full budget should get straight A’s as little has been said or written about it since its delivery-day headlines.

Tabling it just two days after one of America’s most controversial presidential elections had an impact of course, but it’s too bad there hasn’t been more sustained examination of the document.

Despite the media’s cynicism towards such tomes, a budget really is the government’s attempt to lay out its narrative, to provide the framework that explains what they are trying to do with our tax dollars.

And in the middle of a pandemic, with every government spending money like the proverbial drunken sailor, laying out their plan should be critical for fiscal as well as political transparency.

So give Minister Phillips another “A” for tabling a full budget amidst the virus-caused economic disruption, one that presents a reasonably balanced, three-year plan to “protect, support and recover.”  (His federal colleagues can’t seem to find the time to do the same, an alarming lack of financial transparency from Ottawa.)

The Minister also deserves marks for his attempt to walk a fine line between spending what is needed to help Ontarians cope with the pandemic and also taking seriously the fact that the growing government debt and deficit will have to be dealt with.

There are those who believe that we can’t afford not to spend more (to paraphrase federal Finance Minister, Chrystia Freeland) and that borrowing literally billions of dollars at today’s extremely low interest rates will protect us from the nettlesome challenge of having to pay it back some day.

Most Ontarians have enough life experience to know that the tooth fairy does not exist and that money does not grow on trees, a lesson that has escaped too many economic commentators. But debt always comes due sooner or later.

That is one reason voters handed Premier Doug Ford and his Finance Minister a majority government in the first place – to bring Ontario’s spending under control.

But the Premier and Minister Phillips also recognize that the government’s current priority is, in the Minister’s words “to do whatever it takes to get you through this.”

So government spending will go up over $22 billion, mostly for programs to deal with COVID (more hospital and long term care beds, more testing and contact tracing) and to help Ontarians cope (more money for parents, schools and small business, more for transit and broadband infrastructure).

But the Premier and Minister Phillips have not forgotten the lesson that the bills must be paid someday.

While this budget projects the highest provincial budget deficit ever (over $38 billion) to cope with the unprecedented impact of the pandemic, it also outlines how the government plans to prudently manage spending going forward and encourage the necessary economic growth needed to increase government revenues by adopting policies to stimulate consumer spending and support small businesses.

It is a tall order. But if the Minister can successfully accomplish that delicate balance, he deserves another “A”.