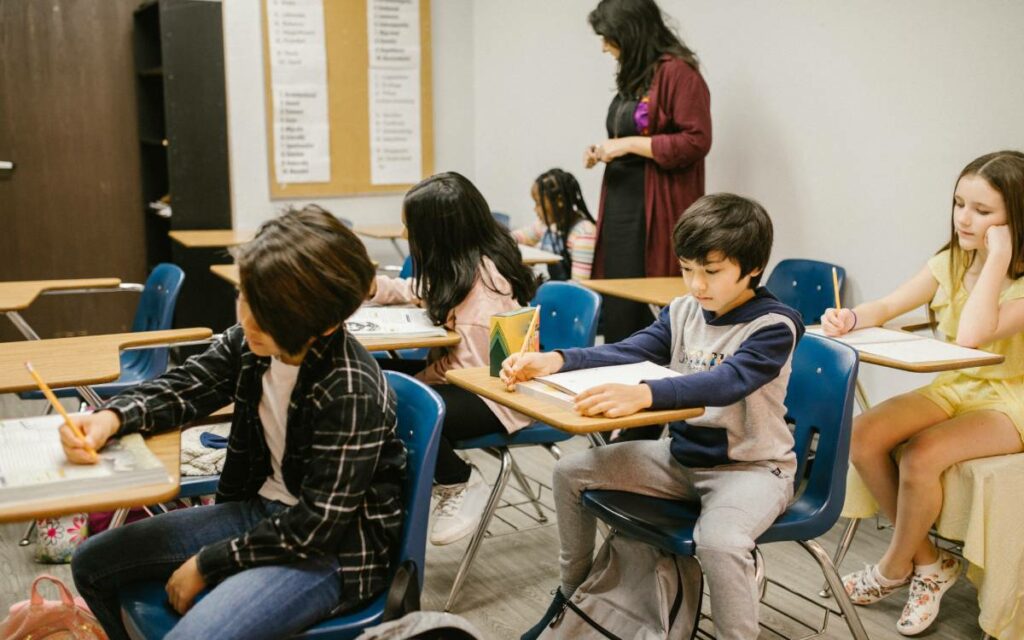 Costs continue to rise, while student outcomes continue to go down. It would be nice if Ontario’s major political parties would tell us how they intend to fix the problem – which is, fundamentally, about the quality not quantity of educators, as well as the curriculum and testing mechanisms employed. Photo credit: Rodnae Productions

This election has included a lot of policy promises from the major political parties. But too few deal with a critical issue – the cost of our junior kindergarten to Grade 12 education system is going up, while student outcomes are coming down.

And if we don’t get that right, our children will not succeed in today’s complex marketplace, thus undermining our ability to build and maintain economic growth and our quality of life.

The fact that public education costs go up while results go down has been made worse by the serious disruption students experienced when schools shut due to COVID. All this might have caused an observer, particularly a parent, to expect a more robust debate amongst party leaders about how to deal with it all.

To be fair, the parties do have various education promises in their platforms. Premier Doug Ford has largely focused on rectifying the gap in skilled trades and changes to the curriculum to stress sciences, math and technology.

As part of his theme of building more infrastructure, he has also promised more money to build and repair more schools and childcare centres, all urgently needed for sure. He has also committed more money for tutoring, mental health and other initiatives aimed at helping students recover from the pandemic.

Both Liberal Leader Steven Del Duca and NDP Leader Andrea Horvath also pledge more money to build and repair more schools. And both are duelling over who will hire the most teachers (10,000 versus 20,000) or mandate the smallest class sizes (20 versus 24).

Del Duca has gone further in following the teacher unions’ script by scrapping the EQAO’s (Education Quality and Accountability Office) student testing program and letting teacher unions take back control of the teachers’ regulatory body. He also wants to re-introduce an optional Grade 13.

The Greens’ Mike Schreiner also wants smaller classes, but he wants the curriculum to spend more time on climate issues. He would also provide a province-wide, school lunch program.

The trouble is, none of these deal with the elephant in the room – we spend more on public education and get poorer results.

Teacher unions love to claim that if only governments, particularly Tory ones, would stop “cutting” and spend more, all would be well. This despite the fact that per student funding has increased over the years under the Tories and the Liberals, and the number of teachers has increased while the number of students per teacher has decreased.

But quality has not improved. Both the provincial EQAO tests (reading, writing and math at Grades 3, 6 and 9) have shown serious declines in performance as have the PISA tests (Program for International Student Assessment) conducted by the OECD (Organization for Economic Cooperation and Development).

What the research shows, time and again, is that class size and the number of teachers are not key predictors of quality outcomes. Instead, the quality of the teaching (and yes, that can be measured), the quality of the curriculum and consistent, testing mechanisms to track outcomes do.

And parents are noticing. Despite its costs, more are opting for various private options, either extra tutoring for their children or enrollment in various private schools – the pandemic saw an increase of 80 new, independent schools open in Ontario.

While overall student numbers remain small in independent schools at around 6 per cent of the total student population, governments can’t keep making parents pay for schools that don’t meet their children’s needs. It is not a sustainable approach.

(And it is worth noting that Ontario is the only province that does not subsidize independent schools, at least in part.)

The vast majority of families must rely on the public education system. And they should be able to if you believe that strong public schools are the “natural setting for the maintenance of common civic values…considered essential to the proper functioning of a modern, pluralistic democratic society” in the words of Paul Bennett, director of the Schoolhouse Institute and author of The State of the System: A Reality Check on Canada’s Schools.

Given all the angst these days about the decline in civil society and the challenges facing our kids in today’s job market, you would think that there might be more demand for the political parties to tell us how they would fix it.