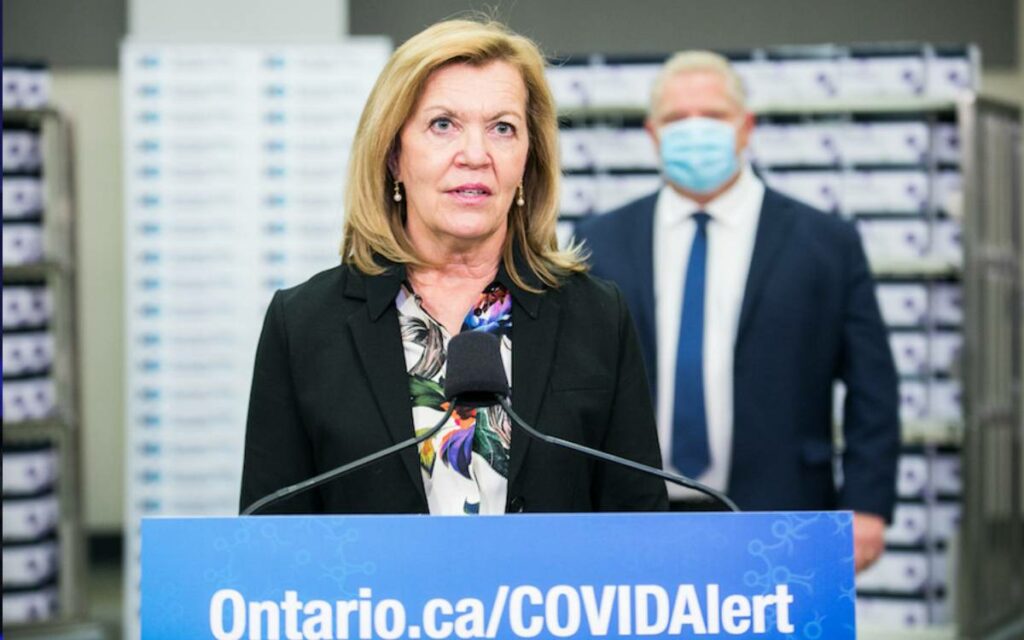 Saskatchewan led the way. Over two weeks ago, the ‘Wheat Province’ published a detailed, comprehensive three step plan to reopen the provincial economy, tied to meeting various vaccination thresholds. The first step in Saskatchewan’s plan is to relax some public health restrictions, such as the opening of restaurants, bars, and gyms, with spacing guidelines three weeks after 70 per cent of residents 40 and older have received their first shot of vaccine. The second step will click in three weeks after 70 per cent of those over 30 have gotten their first shot, and so on. Saskatchewan Premier Scott Moe noted that the plan used the experience of other countries that had a successful post-COVID opening, such as Israel and the United Kingdom. Some other provinces are reportedly looking at the Saskatchewan template as one to potentially emulate in their own jurisdictions.

Contingency plans for unexpected events such as pandemics should accomplish a number of things.  They factor in risks and consider various possible eventualities that better prepare decision makers to act quickly as events unfold. They also give citizens comfort that their elected representatives and government bureaucrats are well prepared for whatever happens. In the context of a serious crisis, like the current pandemic, they can also give people confidence in government and hope for the future, which facilitates citizens’ adherence to government protocols and reduces protest and resistance.

The federal government has the main responsibility for pandemic planning and management in Canada but has done an abysmal job in the current crisis. Despite having permanent government agencies and many well-paid bureaucrats whose ongoing job is to prepare for a crisis such as COVID-19, no coherent plans were in place. Examinations by the federal Auditor General and others as to why Canada’s pandemic response was so slow and ineffective revealed that much of the science-based human resources component usually devoted to pandemic preparedness within the Public Health Agency of Canada was downgraded and replaced with less qualified bureaucrats in recent years, leaving Canada especially vulnerable.

Early in the pandemic, federal officials including Health Minister Patty Hajdu, claimed that Canada was well-prepared for the situation because of our experience with SARS in 2003. That turned out to be a claim that had no basis in fact.

As the provinces have primary responsibility for the delivery of health care, provincial governments also should have had better plans in place, particularly considering the glaring absence of federal leadership.

Now that the worst of the pandemic is hopefully behind us, governments should be focussing on detailed plans for reopening the economy, but so far such efforts have mostly been spotty and uncoordinated. Once again, the federal government should be taking the lead on this and ensuring there is some consistency and sharing of data and expertise across Canada. Unfortunately, Prime Minister Trudeau seems much more focussed on the timing of the next federal election so that he can try to attain his much-coveted majority rather than the immediate priorities of Canadians to get their lives back to some semblance of normal. With no federal initiative, the provinces could also coordinate opening plans among themselves, but do not seem to have done so in a cohesive manner to date.

The Ford government seemed to take a page out of Saskatchewan’s playbook, instituting a three step plan incorporating a staged opening of the economy contingent upon rates of vaccination and hospitalizations. Mercifully, outdoor activities such as golf, tennis, baseball and soccer, among other things, will be open this Saturday, May 22, salvaging the long weekend for many Ontarians.

Step one is planned for the week of June 14, when it is expected that 60 per cent of eligible Ontarians will have received their first vaccine dose, with the emphasis on resuming outdoor activities with up to 10 people. Retail establishments will also be permitted to operate with capacity limits. The second and third stages will permit further opening as increasing numbers of people are vaccinated and hospitalizations continue to decline, with three-week minimum intervals between the stages. Although much unpredictability remains, this plan at least gives more information and detail to Ontarians than has been the case in recent weeks.

As provinces finally begin to roll out their reopening strategies, some critics have argued that as the pandemic is still very much a moving target and our knowledge about it changes practically daily, it is too much to expect governments to do much in the way of planning. Yet, competent individuals and businesses have contingency plans in place all the time that factor in uncertainty, consider various eventualities and risks, and provide an underpinning for how to move forward. There is no reason we should not expect governments to do the same.