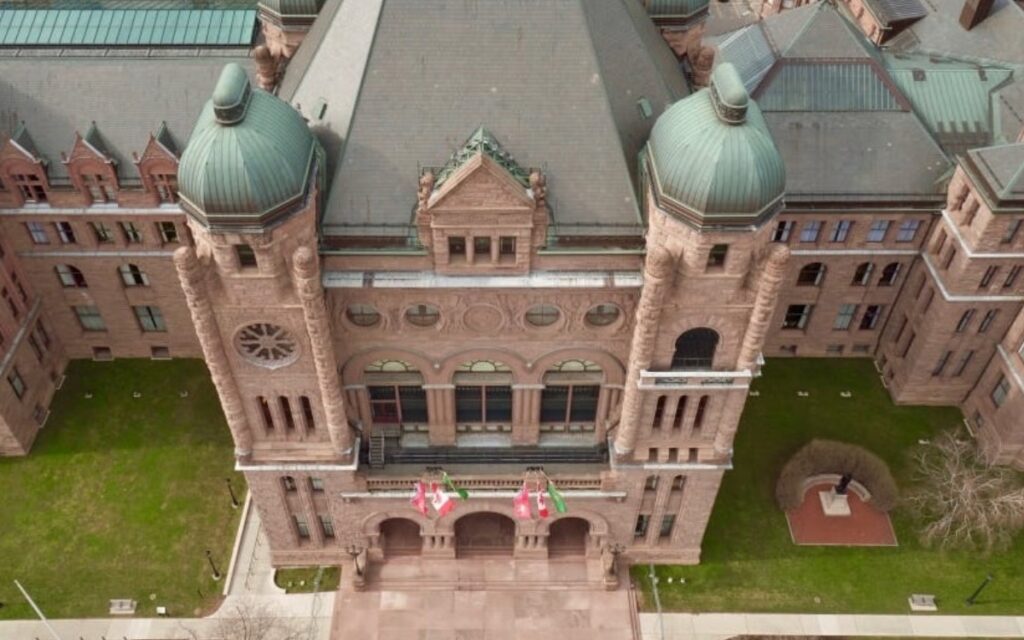 Overall spending on Ontario public sector salaries has increased from about $36.3 billion in 2011 to $48.2 billion by 2022, about 2.9 per cent annually. It’s projected the wage bill will reach $56.9 billion by 2027, assuming average annual increases of 3.4 per cent. Clearly, an ever-increasing public sector funded by a shrinking private sector is not a viable plan for a healthy economic future for the province. Photo credit: CBC/Ed Middleton

The timing of the recent report of Ontario’s Financial Accountability Office (FAO) on public sector compensation in the province could not have been an accident. Considering recent inflation trends and the fact that the economy is emerging from pandemic anomalies in both public and private sectors, it was fully expected that public sector unions in Ontario would be seeking some pretty significant wage increases and that the government would need some serious ammunition to push back against these demands.

Another variable thrown into the mix at present is the court challenge by about 40 Ontario unions to the Ford government’s Bill 124, which legislated a cap on salary increases to 1 per cent annually for a period of three years. The FAO estimates that this wage cap has meant savings around almost $10 billion to the Ontario government for the period between 2019 and 2027. If the courts decide to rule in favour of the unions, these savings will effectively be reversed.

The FAO report on Ontario public sector compensation trends from 2011 to 2021 was released in late September, and found that in this ten-year period provincial government employment grew by an average of 1.1 per cent annually, which was higher than the growth rate of 0.9 per cent per year for private sector workers. This is consistent with other analyses that have shown government employment overall outpacing private sector employment, especially during the pandemic in 2020-2022. The FAO also found that over the 2011 to 2021 period the average annual salary for public sector workers increased by about 1.6 per cent annually, slightly below average inflation of 1.8 per cent.

Overall spending on Ontario public sector salaries has increased from about $36.3 billion in 2011 to $48.2 billion by 2022, average growth of about 2.9 per cent annually. The FAO projects that the wage bill will reach $56.9 billion by 2027, assuming average annual increases of 3.4 per cent. Clearly, an ever-increasing public sector funded by a shrinking private sector is not a viable plan for a healthy economic future for the province.

The FAO also noted that the total Ontario workforce of 6.3 million in 2021 was comprised of 4.8 million private sector workers and 1.6 million public sector workers from all levels of government. The fact that government employees make up about 25 per cent of the total workforce – as compared to 20 per cent a couple of decades ago – makes it all the more important to impose sensible constraints on public sector compensation.

For decades, research by a range of think tanks, government departments and others have concluded that on average public sector compensation exceeds that of the private sector by about 8 to 10 per cent.  Adding in generous benefits such as pensions, extended health and dental care, early retirement and other perks raises this differential significantly to 25 to 40 per cent. Recent demands by the Canadian Union of Public Employees (CUPE) include wage increases of 11.7 per cent annually for educational assistants and other workers that they claim make about $40,000 per year. When pensions and other benefits are included, this number rises to $50,000 or more.

Instead of this constant brinksmanship between public sector unions and governments, a more sensible way to deal with this problem is to establish independent bodies to compare compensation levels between the public and private sector on an ongoing basis to ensure fairness and financial sustainability is achieved.

Instead of just looking at wage levels, all benefits should be included such as the generous pensions government employees enjoy along with things like earlier retirements, shorter work weeks, health and dental benefits, etc. Monetary value should also be calculated for job security, which is much more prevalent in the public sector. This was demonstrated in spades during the pandemic when private sector workers were losing their jobs in droves, along with their paycheques, while no government worker missed a paycheque even though many were not working for weeks or months on end.

Unfortunately, not one Canadian government has chosen to undertake some long-term planning on this issue, preferring to go head-to-head with public sector unions on an ad hoc basis as contracts expire. A more sensible and sustainable approach is needed, as the current trend of a shrinking private sector financing an ever-larger and more expensive public sector, all within the context of heavily indebted governments, is on a collision course with financial crisis.