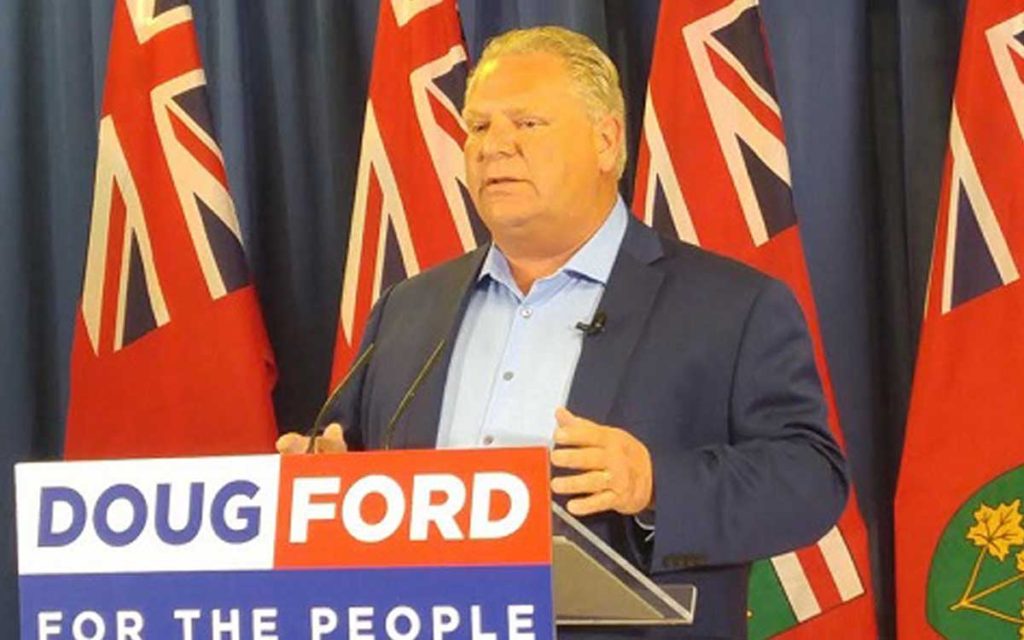 One of Premier-elect Doug Ford’s first directives in taking over the government of Ontario was to enact a hiring freeze, eliminate catered food and alcohol at government meetings, get rid of periodical and newspaper subscriptions, limit government travel and outside consultants and constrain other such discretionary spending by the public sector.  Critics were quick to comment that such measures would not really save all that much money and were far from what was needed to find the savings in government operations that Ford said was achievable.  Although these measures in and of themselves will not save the billions that need to be found to implement Ford’s agenda, the message sent by the new government and its potential impact on culture in the public sector should not be underestimated.

For far too long, Ontario government employees and their counterparts across Canada have shown little if any respect for taxpayer dollars.  As the old saying goes, there is nothing quite as much fun as spending someone else’s money, and public sector employees across Canada have put this philosophy into practice for quite some time.  To be fair, there are virtually no incentives within the public sector to be thrifty with the taxpayer’s dime and pretty much zero downside to wasting public money. It is high time that changed.

Back in the late 1990s, when I was President of the Canadian Federation of Independent Business, I recall a meeting with then-Finance Minister Paul Martin when I told him about how I had recently been on an international trip to a conference on small business issues.  Quite a few government employees attended this conference, and imagine my surprise when I saw a whole bunch of middle government managers sitting pretty in expensive business class plane seats heading to the conference while I walked back to economy.  It also so happened I was chairing this conference, while all of these government types were merely attending it with zero working responsibilities. When I noted this foolish waste of taxpayer dollars to Paul, he commented that it really wouldn’t save that much money if those folks had flown economy. And although that was true in the big picture of overall government spending, that  wasn’t really the point. The point was that if these mid-level government bureaucrats believed they were entitled to a pricey business class seat at taxpayer expense, how else would they feel they were entitled to waste tax dollars? It was a matter of culture, and if government employees saw that it was OK to squander public funds in one area, why would they feel any need to be responsible in their spending habits in any other area?  Finance Minister Martin agreed with me, but unfortunately made no changes to the policy that permitted government employees to travel business class to these types of events, a policy that continues to this day.

The bottom line is – culture matters.  If government employees get used to the concept that dining out lavishly on the taxpayer’s tab is not acceptable, perhaps that will instill a better sense of responsible stewardship of public funds in general. There is absolutely no reason that government meetings should have catered meals, often with unlimited alcoholic beverages, that costly travel to conferences and other unnecessary events takes place regularly, or that when a job vacancy occurs it is automatic to fill it whether it is really needed or not. In the private sector a keen eye is kept on these types of expenditures and there is no reason government cannot observe the same sensible practices.

So although Ford’s early moves to reduce public sector entitlement might be dismissed by some as insignificant, if this philosophy is continued it could well lead to a much more efficient and responsible usage of our tax dollars, which will ultimately translate into serious financial savings.  As a bonus, maybe we can once again feel comfortable calling government employees “public servants”.