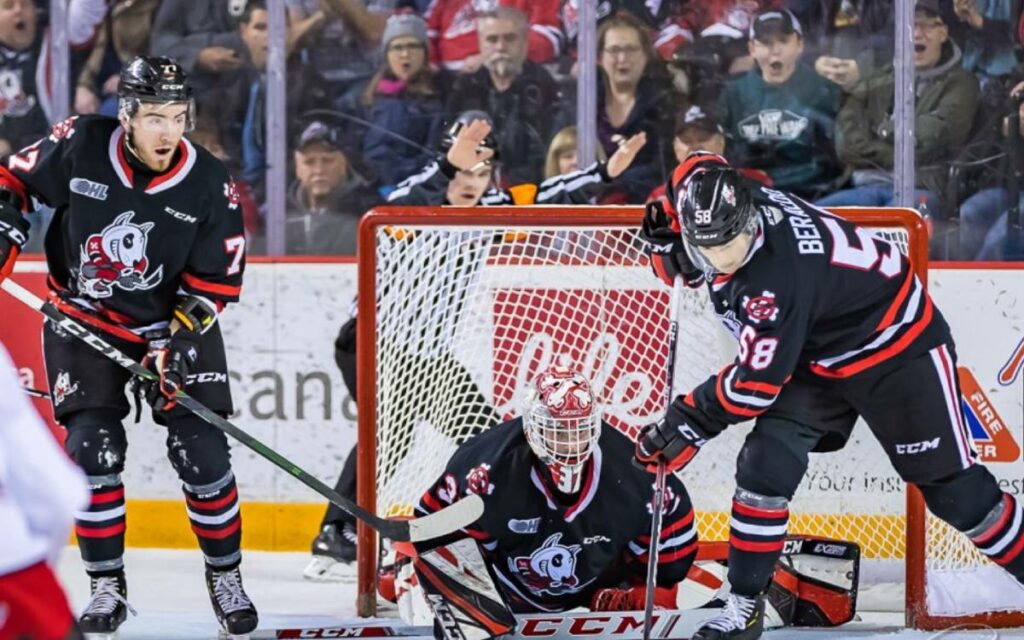 It’s definitely the tale of two leagues when it comes to seeing or watching live hockey over the next few months.

While the National Hockey League released its 2021 schedule this week, the Ontario Hockey League (OHL), home of the Niagara IceDogs, had to delay the start to its season once again.

The OHL, which usually starts its regular season in mid September, had already moved that date and was hoping to drop the puck on February 4 as part of an abbreviated 56-game schedule.

Part of the return to play protocol was having players return to their respective home team cities in January which would of course fall during the province’s COVID-19 shutdown which begins on Boxing Day.

“After meeting with our Board of Governors and General Managers, the OHL has made the decision to delay the start of the 2020-21 season,” said Commissioner David Branch in a release.

“Training camps had been scheduled to begin in mid-January, many players were set to report to their teams in early January, and games were scheduled to commence on February 4, 2021.

This decision follows Premier Ford’s announcement of a province-wide shutdown in Ontario commencing on Dec. 26, 2020.

The League will continue to consult and work closely with Governments and health authorities to determine potential start dates in the new year.

The safety of all of our stakeholders and communities is our priority and we are committed to starting the 2020-21 season when it is safe to do so. We know that this is difficult news for many of our players, fans, billets, parents, staff and teams. However, the restrictions both provincially in Ontario as well as nationally with regards to cross-border travel have informed our decision.”

The league will likely update its next return to play plans after the province moves out of shutdown, but an already abbreviated season will become even shorter.

The IceDogs haven’t played a game since March 10 of this year when the league suspended play at the start of the pandemic.

Niagara did grant permission for its top 2020 European Draft pick, Danil Gushchin, to play for the Muskegon Lumberjacks of the United States Hockey League (USHL), while second year defenceman Giancarlo Chanton is playing with Team Switzerland at the World Junior Hockey Championships in Edmonton, Alberta.

Gushchin is currently fifth in league scoring with eight goals and 18 points in 12 games this season.

Getting back to the NHL where, as of now, each of the 31 teams will play a 56-game schedule over 116 days beginning on January 13 and ending on May 8.

The COVID-19 pandemic meant the league had to realign its divisions this season as the 2021 campaign will see an all Canadian (North) division.

Opening night is hi-lilted by the Toronto Maple Leafs taking on the Montreal Canadiens, while the Edmonton Oilers will entertain the Vancouver Canucks.

The following night the Winnipeg Jets welcome the Calgary Flames.

The Ottawa Senators will drop the puck on their season on Friday January 15 home to the Maple Leafs.

The Buffalo Sabres welcome the Washington Capitals on January 14.

A full NHL schedule can be viewed at https://www.nhl.com/schedule