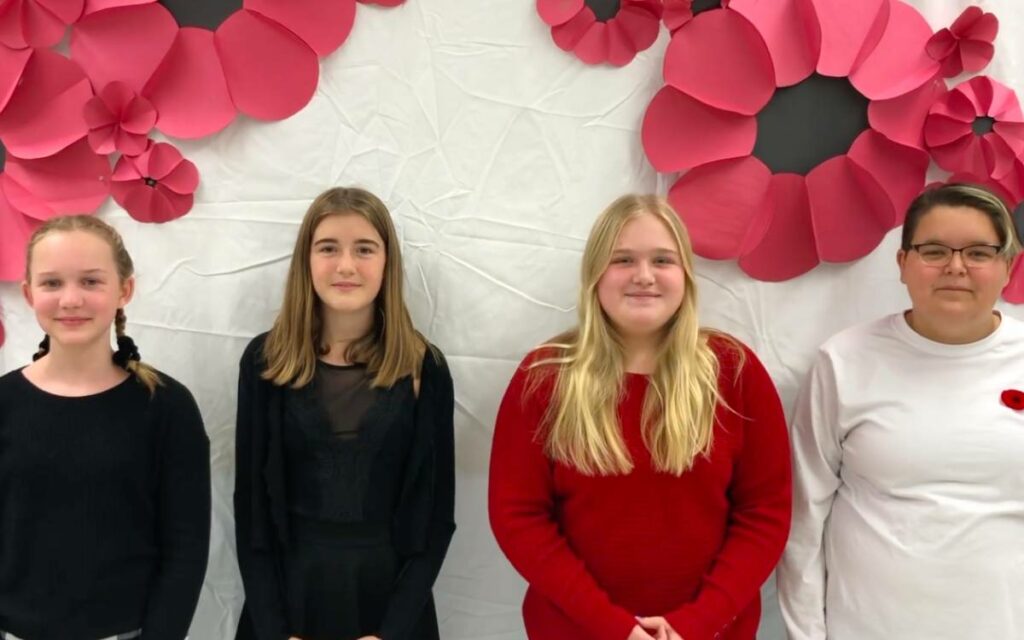 While arguments are often made that young people don’t respect or care about Remembrance Day, four local students made a conscious effort to prove nay-sayers wrong. Abby C., Kathryn K., Allie V., and Ava E. came together to write and record a song to honour the day and those who fought and lost their lives in the name of our country.

The class volunteered to take on the task of preparing their school’s virtual Remembrance Day ceremony. Abby, Kathryn, Allie, and Ava thought that an original song was a good way to end the event, and all four showed a keen interest in song writing.

“They had all expressed a desire to either further develop or try out song writing through journal entries that they submitted to me, or presentations we’d done in class,” said Sinopoli.

Luckily, they were in the right class. Their teacher, Kathryn Sinopoli, is a musician and song writer herself. In fact, she is nominated for this year’s Emerging Artist Award as part of the City of St. Catharines Arts Awards, which are happening on Nov. 21.

When the group came to their teacher with an interest in writing a song, naturally Sinopoli was happy to facilitate and help the students in their endeavor. “I’m a song writer outside of teaching so I have no problem giving them some extra time to see what we could come up with.”

The song took approximately two days’ worth of class periods to write. Sinopoli said that she was able to record the student’s voices in the classroom with a professional microphone, before sending the recordings to a friend of hers, local producer Derek Elliotson. Elliotson kindly volunteered his time to put the track together.

Sinopoli said that the response has been wonderful from parents and all those who’ve watched the video. “People are really loving it and I’m super proud of them, so we’ll just see what comes their way as more and more people hear their song.”

As for what this means for the future of Remembrance Day and young people’s involvement, Sinopoli remains hopeful. “I think in the digital age that we live in, more than ever it makes it easier for students and young people to share it with more people and send it to Legions and veterans’ groups and then more people can actually experience it…I hope that this will inspire more students to take part in initiatives like that.”

And for those wondering: yes, the group of budding song writers does intend to create more songs in the future. 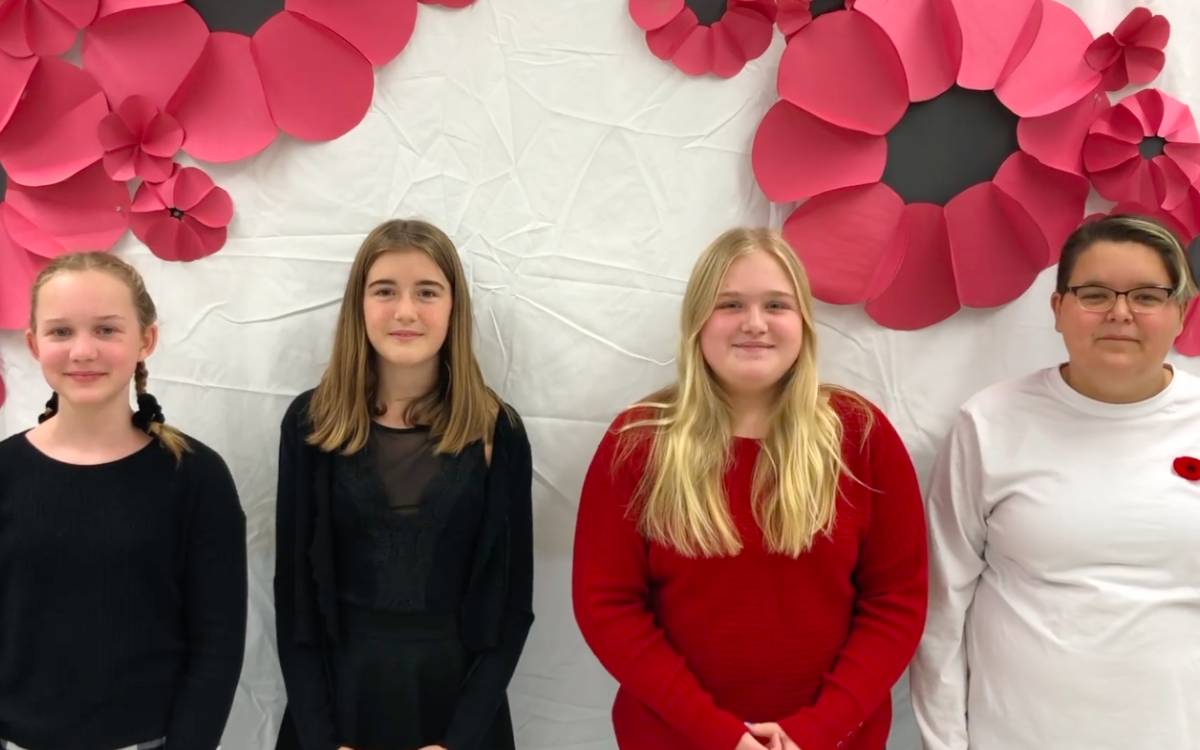