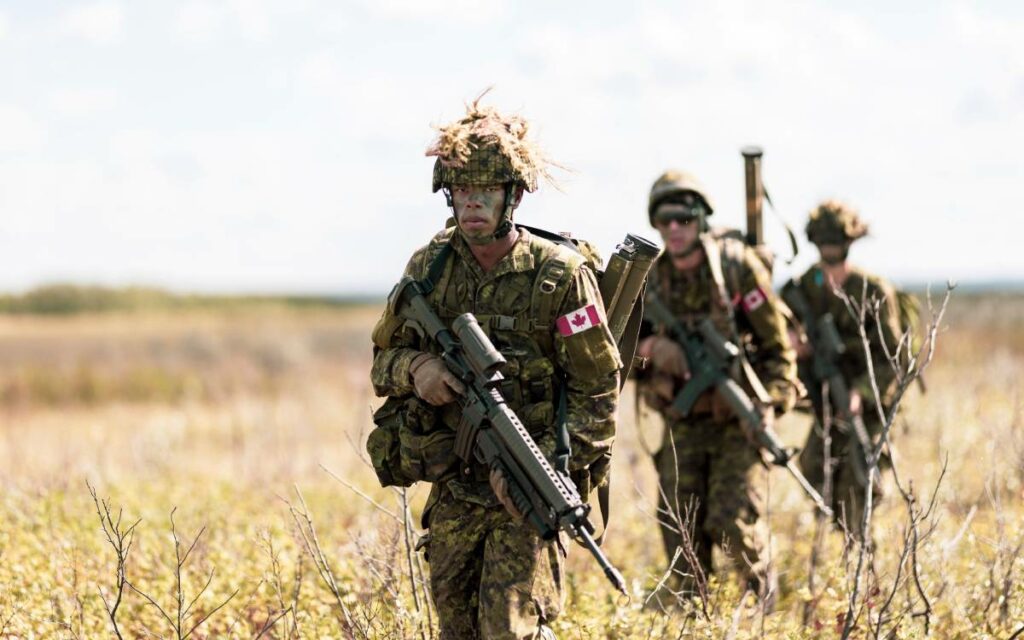 The federal government will soon launch an initiative to develop a new Canadian defence policy. This is welcome news. It has been 70 years since the last update. We do not live in a 1950s world anymore.

The most recent federal budget left much to be desired. With that said, there was at least a basic recognition that rebuilding the Canadian Armed Forces must be a priority for the years ahead. Canadians would be well advised to hold our elected representatives accountable to this objective.

Agreeing to increased investment is only a first step. It is just as important to correctly allocate the resources to the right places. As we discuss military recalibration, we will encounter several imperative questions. It is a high-stakes debate.

Question One: What is Canada’s NATO mission?

Canada is a founding member of the North Atlantic Treaty Organization (NATO). The alliance was designed with the premise that Canada plays a fundamental role in the collective security of the free world. Few would argue this objective remains paramount. Defining a “fundamental role” is a different matter.

Canada elected Progressive Conservative John Diefenbaker as Prime Minister in 1957. Diefenbaker was concerned with maintaining a distinct identity for the Canadian military. An unwillingness to compromise on this core objective created a serious disconnect between Diefenbaker and President John F. Kennedy. Kennedy responded unilaterally to the 1962 Cuban Missile Crisis. Diefenbaker, perceived by citizens as a poor representative for Canada on the world stage, lost the 1963 election.

There are undoubtedly shortcomings in how Diefenbaker negotiated with Kennedy on military matters. Strong collaboration between Canada and the United States is necessary to defend North America and European allies. Diefenbaker was correct, however, to advocate that Canadian defence policy should not become an extension of the American military.

Pierre Trudeau systematically divested the Canadian Armed Forces. It is quizzical that Trudeau failed to recognize how this decision undermined his melodramatic efforts to reduce Canadian-American bonds. Nevertheless, Canada became virtually unable to embark on any armed mission without American accompaniment. Recent governments have hesitated to make the necessary financial investments to rectify this error.

Over the past generation, modest groups of Canadian soldiers have complemented American leadership in a variety of contexts. Canadians can be proud of our peacekeeping contributions. This is not to say that our resources are being fully utilized. We have some tough choices to make.

One possibility is to reinforce our presence in Europe/the Middle East. We can also explore increasing our Pacific contributions. All these objectives would be in addition to ensuring North American sovereignty.

Another option is to wind down peacetime missions overseas. This idea is not unorthodox. While the USA maintains a military presence worldwide, most NATO countries focus on securing their backyard. Canada has vast northern territory with natural resources adequate to feed and power much of the globe. Our greatest responsibility is to protect these invaluable treasures. If a broader conflict breaks out overseas, Canadian reserves/volunteers would absolutely still aid our allies.

Question Two: What tools/equipment do we need to fulfill our mission?

Sir Winston Churchill coined the phrase “Give us the tools and we’ll finish the job”. Once our new NATO mission has been defined, we must decide what tools CAF requires for their work.

It is essential to determine our military strengths/weaknesses. We need a robust analysis of existing data coupled with an evaluation of current assets/procedures. It is necessary to compare our results with those of our allies. This process will be helpful for groundwork.

A plan for acquiring relevant equipment will also be critical. Our government needs to negotiate with public and private-sector entities to secure the provision and delivery of essential tools and weaponry. It is also imperative to seek the best deal for the taxpayer.

Question Three: Do we need to establish new divisions within our military?

Warfare reaches farther back than a few decades ago. We must contend with threats posed in cyber and space realms. Weaponry is advancing rapidly, and soldiers often require continuous training to stay on the cutting-edge. Now is the time to determine if we need new CAF divisions.

A cyber division could be dedicated to responding to cyberattacks from nefarious actors around the globe. This would allow us to better defend our hospitals, supply chains and power/water systems.

A space division could prove useful as well. It is especially prudent as China and Russia formulate an exigent alliance for space-related objectives.

Canada could also consider adding something equivalent to the U.S. Marine Corps to our ranks. Marines are trained to operate on land, sea, and air. They can be deployed to respond to a myriad of scenarios.

Question Four: What size does our Armed Forces need to be?

Some preliminary estimates suggest we aim for 100,000 active-duty soldiers and 50-60,000 reserves. This would be a significant yet not dramatic increase from current levels.

Others recommend we build a force 1/10 the size of the American military (American population is 10x bigger than Canada). This would translate to 100,000-150,000 active-duty troopers and about 200,000 reservists.

Others, still, think we can punch above our weight and maintain a much larger force (several 100,000 soldiers). This plan could have clear advantages. It would, however, require a massive financial commitment on an annual basis. It could also call for conscription… a device that has not been particularly effective in Canadian contexts.

This final question must be approached with utmost caution and sobriety. It cannot, however, be ignored. Russia has long-standing nuclear capabilities. It is also clear that China seeks to rival the United States in this critical arena. There is a perennial threat posed by North Korea and an increasingly dangerous Iran.

An attack on the sovereignty of the Canadian Arctic could feasibly involve nuclear-capable submarines. We know Chinese and Russian hypersonic missiles can hit mainland Canada. A comprehensive defence of North America is dubious without the deployment of equivalent weaponry. Canada has a couple of options.

One possibility is to partner with existing American/allied nuclear defences. Canada could once again host American or British nuclear weapons. We could also train alongside our allied counterparts in nuclear technologies.

Alternatively, Canada could investigate developing its own nuclear arsenal. This, again, would require a significant amount of investment. It also involves a massive responsibility only possessed by a handful of nations around the world. Nonetheless, most of the world’s largest countries maintain a nuclear weapons program.

These are some key questions that will guide the upcoming debate over Canadian defence policy. This list is not exhaustive. It does, however, include many of the key topics of discussion. This is serious business… let’s hope our leaders are up to the challenge.