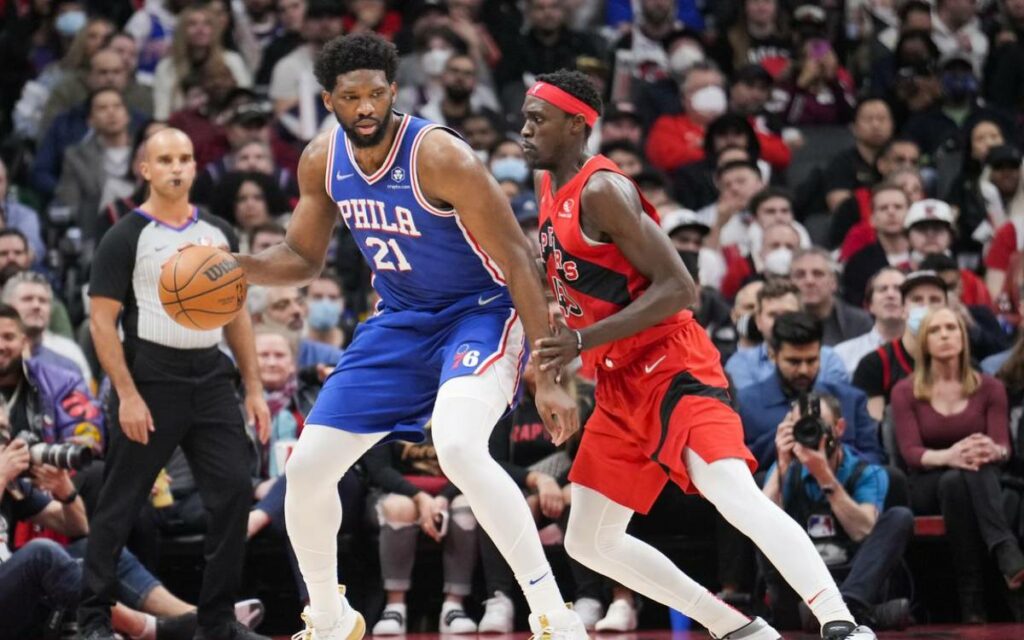 The Toronto Raptors likely won’t say it publicly, but they got the first round playoff opponent they wanted. The team was (3-1) against the Philadelphia 76ers this season.

It’s hard to fathom that Toronto would want to face this season’s leading scorer in centre Joel Embiid and the talented James Harden to open the playoffs, but that’s exactly the case according to long-time Raptors and NBA reporter Doug Smith.

“Philly is the best match-up for them, they just have a way of guarding Embiid,” said Smith, a Niagara Falls native and someone who’s covered the team since its inauguration to the league back in 1995.

“And I don’t know what (James) Harden is in the playoffs anymore. He hasn’t been great for a couple of years. But the Sixers aren’t very deep, and I think the Raptors might be in their head, and I think that’s a big deal in a seven-game series.”

Pascal Siakam led the Raptors with 22.8 points per game, but Smith feels the health of OG Anunoby, who did return to the Raps lineup in Sunday’s regular season finale in New York, could be the x-factor for a potential long playoff run.

“It would have to be OG coming back, and being healthy and being able to play every night,” Smith said. “If he can do that – they’re just so much better. They guard better, they’re switching defences more effective when he’s on the court, and he can make the three-point shot, which is something they need.”

No fewer than five Raptors – all starters – averaged more than 15 points per game this past season: Siakam, Anunoby, Fred Van Vleet, Gary Trent Jr. and rookie of the year candidate Scottie Barnes.

The two teams have met two previous times in the NBA Playoffs.

Vince Carter missed a buzzer-beater for the Raptors back in 2001 while Kawhi Leonard, in arguably the most famous shot in Toronto history, sent the Raptors to the Eastern Conference Finals, and ultimately an NBA Championship in 2019.

Smith feels the Eastern Conference playoffs will be “epic,” but the west is best when it comes to NBA superiority.

“Phoenix is like really, really, good. They’re so good, so deep, they’re bullet proof. They can defend, they shoot, they score, they’ve got veteran leadership in Chris Paul. The difference between the Suns and the rest of the teams is astonishing to me.”

At press time, the full Raptors-76ers playoff schedule had yet to be released, but here’s what the NBA has made public thus far: