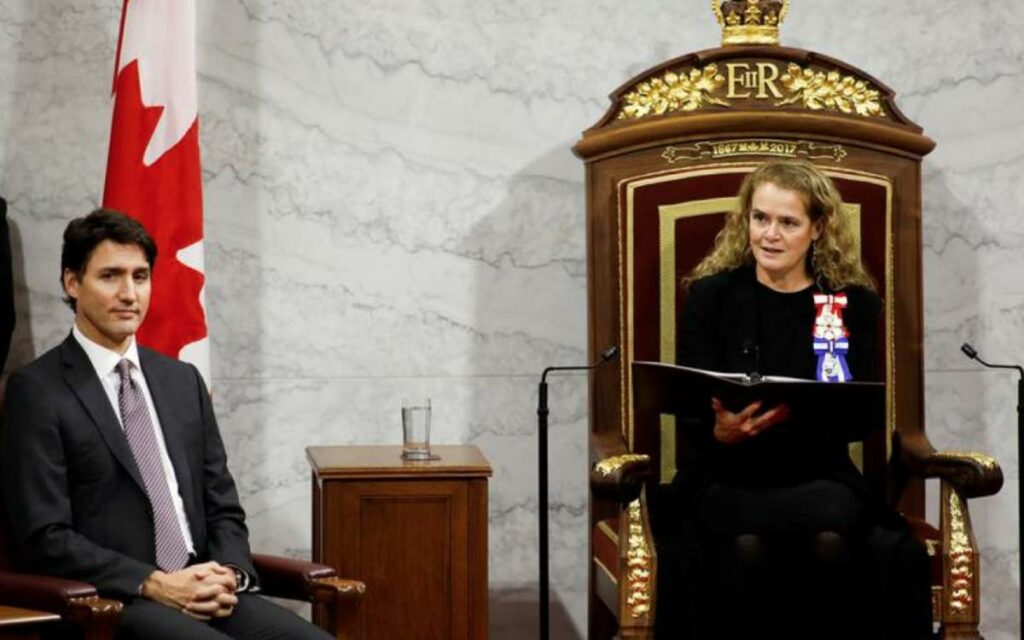 Canada’s Gov. Gen. Julie Payette delivers the speech from the throne in December 2019 as Prime Minister Justin Trudeau looks on.

Wednesday’s Speech from the Throne was supposed to serve as a channel-changing moment for the Liberal government; an opportunity to put the WE scandal behind them and focus instead on a big, bold vision for Canada’s post-pandemic economy. Instead, Prime Minister Justin Trudeau and his Cabinet Ministers have found themselves stalled by the reality that Canada’s COVID-19 response needs more work before we can turn the page to recovery.

Following the act of proroguing Parliament, the government is required to table a Speech from the Throne (SFTT): a ceremonious exercise that is the symbolic beginning of a new “mandate” for the government. It is an opportunity for the governing Party to highlight their objectives for the next few months and years, and is typically followed by new mandate letters to Cabinet Ministers outlining their “to do” lists over the course of the mandate.

This priority reset was billed to Canadians as necessary by the Trudeau Liberals when they opted to prorogue in August. Obviously, the COVID-19 pandemic had dramatically altered the government’s short and medium term objectives, and their previous priority list had been put on ice in order to respond to Canadians immediate needs. Conveniently, the desire to change the tone also followed a messy summer scandal involving the WE Charity, which saw the effective dismissal of one of Canada’s top cabinet members, Finance Minister Bill Morneau.

Not long after prorogation (and the departure of Morneau), rumours began to swirl in Ottawa about what a new Throne Speech may include. The Liberals signalled the desire for Canada’s post-COVID recovery to be grounded in a philosophy of “building back better”; a term coined by the OECD and other multinational agencies to indicate the need for sustainable, resilient policies that could better prepare Canada for future pandemics or economic disasters. Many suggested the Liberals would be leaning into things like green infrastructure, women-specific initiatives and social supports such as pharmacare and childcare, all of which were previous LIberal narratives but many of which also include large price tags at a time when the country is hundreds of billions of dollars in debt.

But those watching the headlines have likely seen the government is singing a new tune these days. Canadians anticipating a northern Green New Deal are likely to leave Wednesday’s Throne Speech disappointed, as are those who were anticipating specific measures designed to spur investment and economic growth.  While there’s no doubt that the Speech will be sprinkled with feel-good messages, the Liberals have dampened expectations around the SFTT, and focus will now be on pandemic response, rather than economic recovery.

So, what has changed?

Rising COVID-19 case numbers in major Canadian provinces in recent weeks have given the government cause for concern. While hospitalizations remain low, many parents are worried about the impact of new COVID-19 cases on the reopening of schools, with obvious spillover effects into the workplace. Survey results show half of Canadian parents with school aged children (some one in five Canadians) are worried about sending their kids back to class, highlighting the level of concern among voters. Some public health professionals have already declared that Canada is in a “second wave” of the COVID-19 pandemic. Restrictions on social gatherings are rolling out across various provinces, with some calling for another round of lockdowns.

This in turn has many Canadians feeling differently about what the government’s immediate priorities ought to be. While it made sense in June and July when cases were low to discuss medium and long term economic recovery efforts, pandemic numbers are now trending in the wrong direction, putting blinders on voters’ priorities. In fact, nearly half of Canadians think the worst of the pandemic is yet to come, while ¾ are in favour of lockdowns should it curb a second wave. While the question for many in the summer was when to wind CERB and other programs down, now many are wondering how they may be restarted or bolstered if we reach Spring level COVID infection rates once again.

The threat of a second wave has also exposed vulnerabilities for the government, which they can look to correct in Wednesday’s Speech. Testing capacity remains under stress, and there has been little progress in advancing domestic PPE production. The government also hasn’t advanced funding for vaccines and treatments, despite launching the program several months ago. People continue to arrive into Canada who have the virus, and the government’s early warning system is facing considerable scrutiny.

Canadians are also split on whether or not the Liberals are the right team to handle Canada’s recovery. That is contrasted with the strong public support the government received earlier in the year for their immediate handling of the pandemic. If the government is looking to return to safer ground for public support in a minority parliament, focusing on the crisis, rather than expensive spending may be a way to regain that ground.

COVID-19’s reality check will likely have the Speech from the Throne feeling more “Goldilocks” than “Gold-Plated”. Keeping red-orange swing voters happy with nice messaging while addressing Canadian’s fears about the pandemic may just be the right recipe to keep the government alive until the Spring budget (or longer). 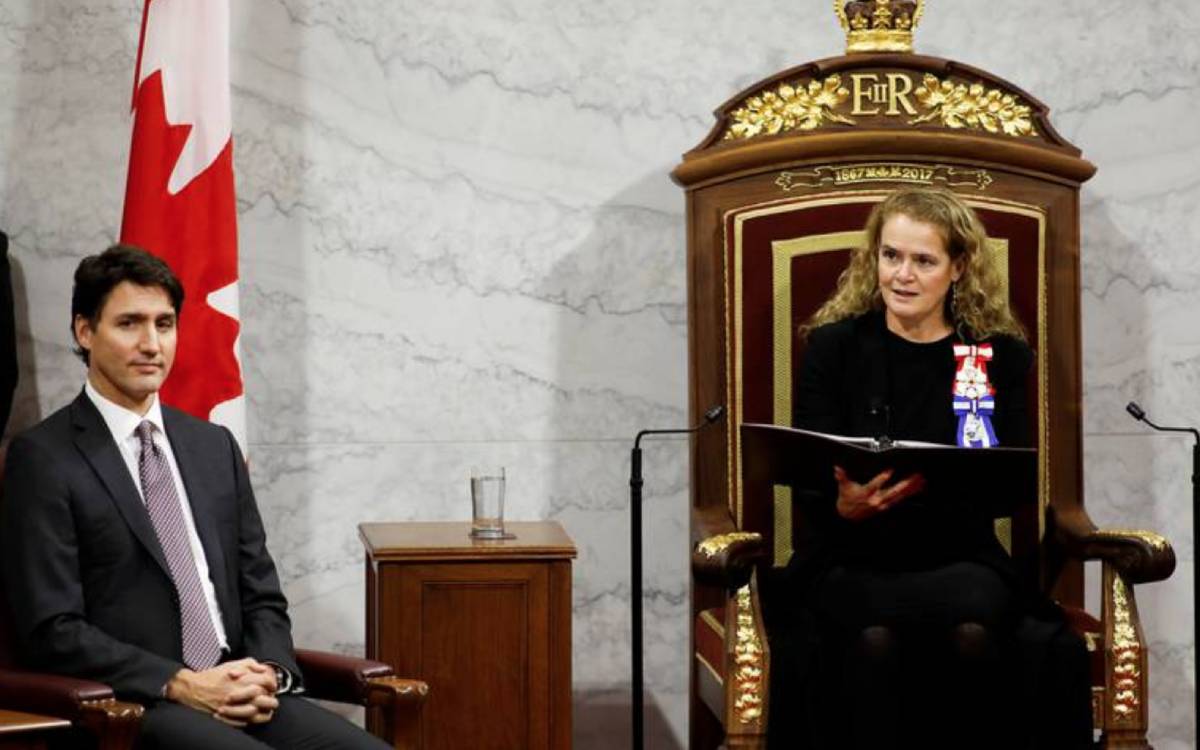