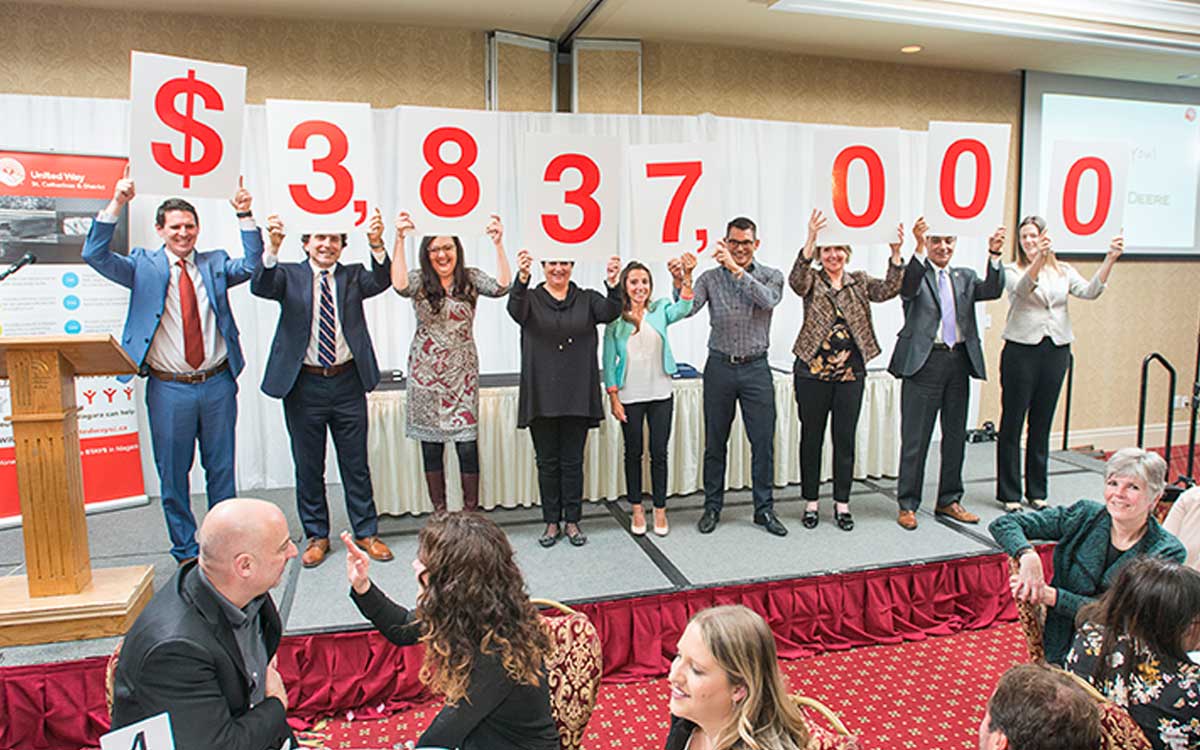 The United Way of St. Catharines and District has wrapped up its final campaign, under its current governance structure, in record-setting fashion raising an unprecedented 3.8 million dollars. This marks the most successful year in the organization’s 64-year history.

The money raised will fund more than 70 programs and special initiatives helping nearly 100,000 people in Niagara, including the most vulnerable citizens; at-risk youth, adults with disabilities, and people living in poverty.

Once again, businesses led the way donating money, time and supplies. “Year after year, the business community steps up and comes through for this campaign,” said Executive Director, Frances Hallworth. “In a relatively small community like Niagara, which is made up primarily of smaller and medium sized businesses, it really is incredible how they support local charities to the extent they do,” Hallworth added.

In addition to the business community, individuals, schools and labour groups also make significant contributions to the annual campaign. Nearly 95 per cent of the United Way of St. Catharines & District’s funding comes from donors. The remainder is split between investment income and government grants.

This is the last campaign for the United Way of St. Catharines and District. The three Niagara United Ways (Niagara Falls & Greater Fort Erie and United Way of South Niagara being the other two) recently announced an amalgamation that will see the formation of one United Way for all of Niagara.

Volunteer of the Year
Anita Robertson

By Kevin Vallier Time To Read: 1 min
Provincial What the 2018 Liberal Budget Means for the 2018 El…
Provincial Wynne Rolls the Dice