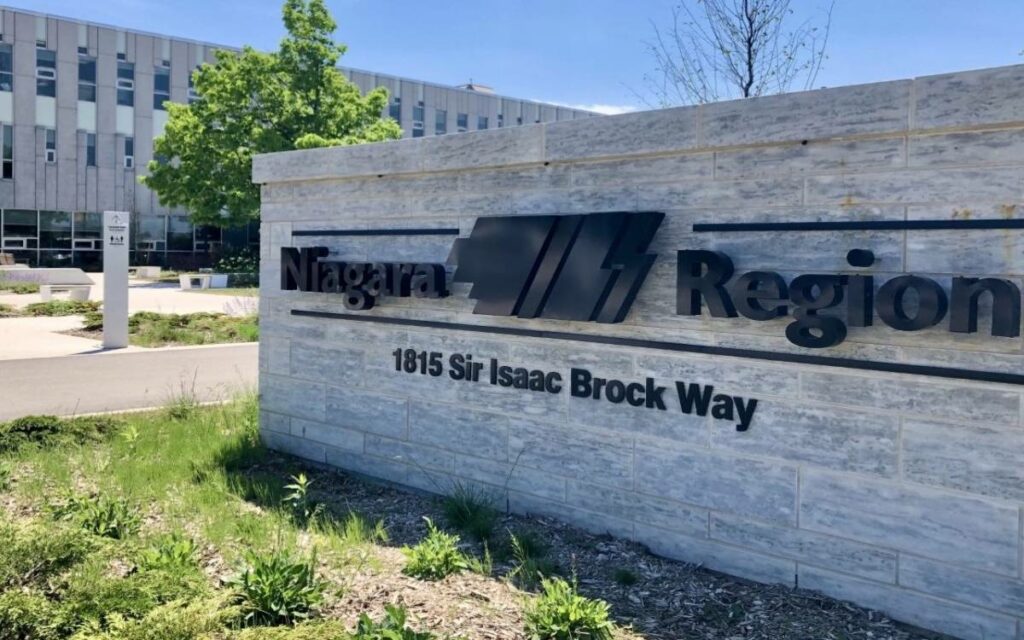 This is the first in a three-part series on the 2022 Niagara Region Budget. Part one focuses on tax surpluses, part two concentrates on water rates and capital budget, while part three reports on the general levy and the impact on property taxes.

The Region of Niagara continues to collect more in property taxes than it spends, creating millions of dollars in surpluses. While filling its reserve pockets with tax dollars, Regional Council continues to dramatically increase property taxes year after year.

*Combined Regional General Levy and Waste Management
**Combined Local, Regional and Education Taxes for 2021 Budget Year
Note: All figures rounded to nearest dollar.  Based on a residential property assessed at $650,000.

As evident in the chart above, property taxes fluctuate depending on where you live and how you are taxed by both the local and regional governments. Overall, for a house assessed at $650,000, the average property tax in Niagara Region is $8,956. This tax does not include your water bill.

When compared to the neighbouring City of Hamilton, the numbers come into perspective. For the same $650,000 home in Hamilton (specifically urban Stoney Creek) property taxes in 2021 were $7,190. Residents in Hamilton thus pay approximately 25% lower in property taxes than in Niagara.

Hitting Homeowners During the Pandemic

The regional government collected more money that it could spend. Rather than refund the surpluses to the aid of struggling families and businesses, the Region stuffed their surpluses into reserves funds for a “rainy day”.

The Discrepancy in the Surplus Math

Although the Region of Niagara’s Financial Statement reported a $96 million surplus, regional staff would say it is not true.

Recently, at last week’s Corporate Services Committee, Chair Rob Foster objected to Councillor Bob Gale quoting this $96 million surplus. He stated, “…just a quick over to Ms. Chamberlain, one of the commentary from Mr. Gale was the budget surplus from last year, would you happen to have that figure available, the real one?”

Helen Chamberlain, one of the finance managers at Niagara Region responded, “Unfortunately, I don’t have the real one, but what is being quoted there is the accounting financial statement, public sector accounting standards surplus, which has a significant amount of reconciling items to the budget surplus, so it was definitely not the $96 million…”

What are the real numbers?

According to the staff reports, signed by Chamberlain herself, the Region reported an operating surplus of $96 million:

According to the regional staff report, “The operating surplus presented at the top of the chart represents the actual financial results of the Region compared to the operating budget. Since the Region is required to report its annual surplus using Public Sector Accounting Standards (PSAS), a number of adjustments are required in order for the financial results to conform with PSAS. For example, in the operating budget, capital projects are recognized when funding is allocated; however, in order to conform with PSAS, an adjustment is required as capital projects should be expensed over time through amortization rather than immediately.”

So, the “real number” is $96 million, albeit according to Public Sector Accounting Standards.

Where did all this surplus money go?  Earlier this year, Regional Council directed most of the money into reserve accounts, with $2.7 million towards the water stabilization reserves, $1.5 million in garbage collection reserves, and $30.5 million to the Taxpayer Relief Reserve. Another $6.6 million was allocated to the new West Lincoln Memorial Hospital project.

Yes, the Region has a reserve called the “Taxpayer Relief Fund”. The fund currently holds $53.5 million in unallocated tax dollars collected by regional government over the years and not spent. The account is designed to help mitigate fluctuations in taxation.

According to regional policy, “Prudent use of reserves help mitigate fluctuations in taxation and rate requirements and assist in funding capital projects.”

But don’t expect any property tax relief soon. The 2022 budget is projected to be another record year in property tax increases. Regional Council has already doubled the capital budget – the next topic of discussion.