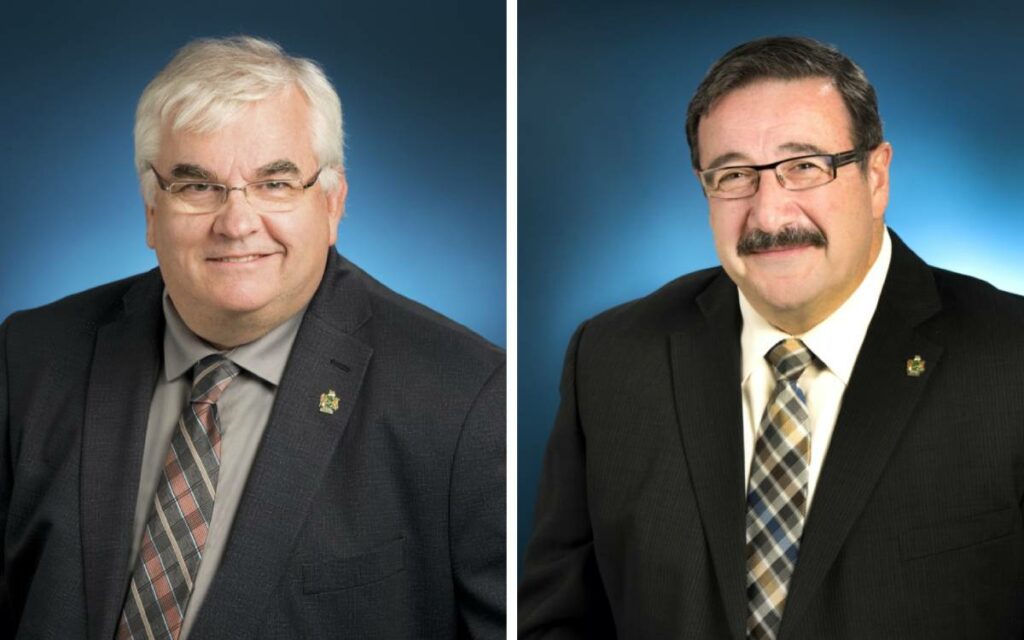 Regional councillors Rob Foster and Tom Insinna. The representatives from Lincoln and Fort Erie, according to local mental health advocate Steven Soos, chose “political stunts” over helping people suffering from mental health, homelessness, and addiction by shutting down debate on declaring a formal state of emergency. However, according to Foster, the matter was thoroughly dealt with and settled back in February. Photo credit: Niagara Region

The motion, which was devised in partnership with Welland mental health advocate Steven Soos, was formally supported by no less than 11 of Niagara’s 12 lower-tier municipalities and two of the region’s sitting MPs.

Yet, when it was brought to the floor for discussion, it was quickly swept aside as previously considered and taken off the agenda.

“I was disappointed and saddened by the decision of some regional councillors to use a procedural motion to halt any debate taking place on declaring a state of emergency in mental health in the region,” said Niagara Falls MP Tony Baldinelli, who co-authored a letter with Niagara West MP Dean Allison asking that Chair Jim Bradley and council support Bylsma’s motion.

“My understanding was the Chair and Clerk believed the motion was in order, yet some regional councillors wanted this debate not even to take place.”

By way of background, in February of this year the Public Health and Social Services Committee listened to a presentation from Soos and Niagara Falls city council Wayne Campbell concerning the need to declare a state of emergency on mental health. While the specific matter of a state of emergency was never voted on, a motion acknowledging that a “significant crisis exists” was put forward by Fort Erie regional councillor Tom Insinna, carried, and later approved by council.

Norio replied, “Nowhere in that motion (put forward by Councillor Insinna in February) was there any mention or consideration of the declaration of emergency. So, as council has not made a decision on that matter, this is not a reconsideration.”

Foster challenged the clerk’s ruling, via Chair Bradley, saying, “that was the gist of the discussions that went on at both committee and at council. It is, in my opinion anyway, inappropriate that we are now rediscussing this again.”

The four delegates who were approved to speak at the meeting on the subject were therefore prohibited from delivering their remarks.

Joint architect of the original motion Steven Soos was one of the delegates who prepared a presentation but was not permitted to speak.

“How can it be a reconsideration if it was never voted for or against previously? You can’t reconsider something that hasn’t been considered before,” Soos told The Niagara Independent.

“It’s both disgraceful and cowardly that they would shut down debate on this. When (Councillor) Rob Foster called a point of order and said this was a reconsideration, and then council drank the Kool-Aid, that was an affront to democracy. We’re supposed to live in a free society with free debate. They robbed the residents of that free debate…Never have I ever seen the rules of procedure disrespected the way that they were at this meeting.”

Soos called the move a “spit in the face” to all those who advocate for, suffer from, or know someone who suffers from mental health and addiction.

“This is a spit in the face to all those around the region who wanted to see these issues brought to light…Councillor Foster and Insinna (who agreed that the issue was previously settled) chose political stunts over helping those asking for it, and that’s just cowardly.”

In an email exchange with The Niagara Independent, Lincoln’s regional representative reiterated the fact that the matter was fully and frankly discussed back in February and that a path forward, though not a formal declaration of a state of emergency, was agreed upon at the time.

“My challenge was based on the fact that (Mr. Soos’) request had been previously and thoroughly discussed,” said Councillor Foster. “Obviously I was not the only Councillor thinking that, as Council voted that it was a reconsideration”.

Indeed, while a healthy number disagreed with Foster’s interpretation, there were enough council members who did agree with the representative from Lincoln to halt any further discussion of the motion. Though the full slate of councillors who voted in line with Foster and Insinna was not recorded, examination of the council Zoom video shows that, at the very least, councillors Barbara Butters, Sandra Easton, Kelly Edgar, Kevin Gibson, Barbara Greenwood, and Diana Huson all viewed the issue as previously considered.

“Mr. Soos is entitled to his opinion. He is very passionate on this topic and I am not surprised at his disappointment. I hope he continues to advocate on these topics,” said Foster.

“On a personal level, I have been a strong advocate for overall health care improvements in Niagara, have personally donated time and money to groups that work in these areas, and am a member of several organizations who make poverty, homelessness and mental health key outreach goals. I will also be ensuring during our budget process that funding in key program areas remain in place and improved where necessary.”

In terms of next steps, Soos said that he is not just going to let the matter go away.

“I’ve activated a complaint with the Ontario Ombudsman for trampling over the rules of procedure,” said Soos. “We also are pursuing an Integrity Commissioner complaint with Rob Foster for his manipulative and deceptive stunt.”

“Hopefully the chair and Regional Council right this wrong and let this issue be debated.”

Mayor Dave Bylsma, the councillor who put forward the motion last Thursday, did not respond to a request for comment. 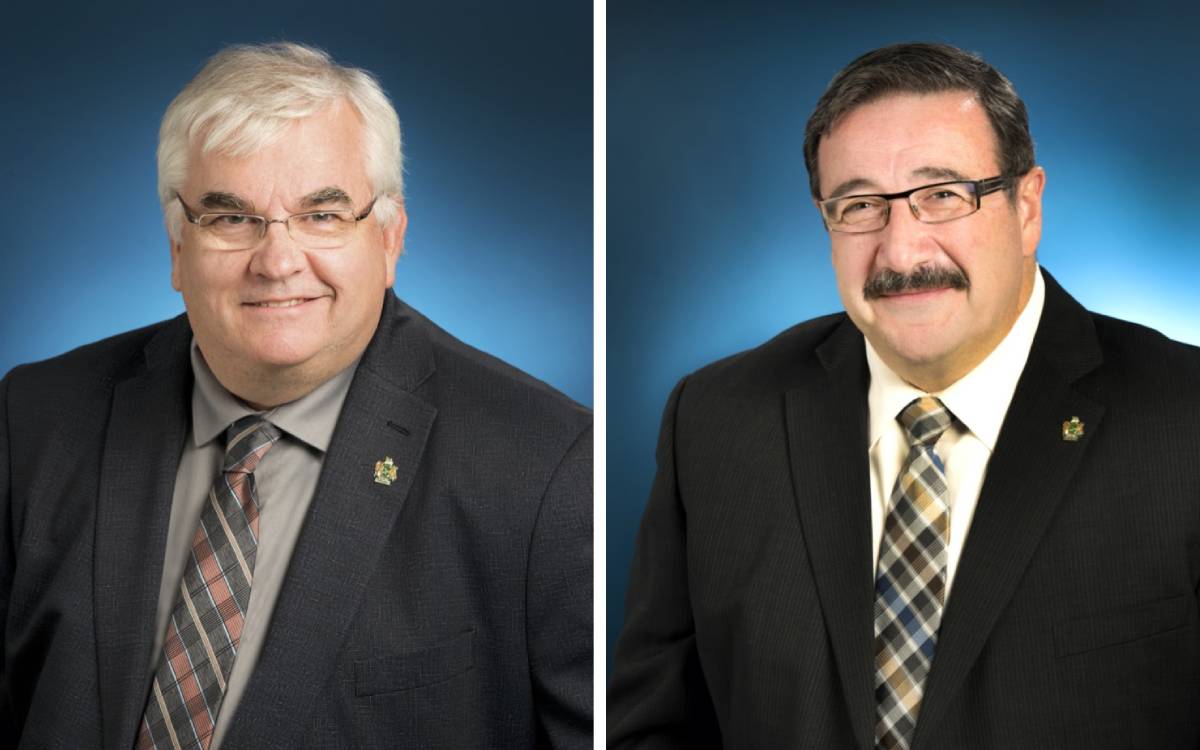