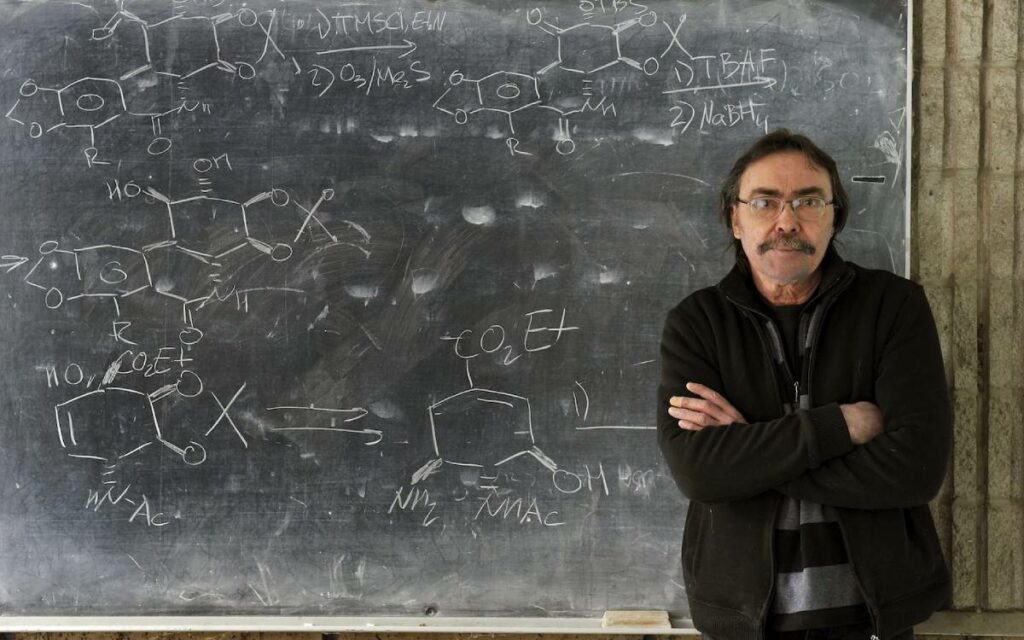 Hudlický passed away “unexpectedly” in Prague on May 10. He was 72. Photo credit: Brock University

Recruited by the St. Catharines institution in 2003 from the University of Florida, Hudlický was, as the National Association of Scholars once wrote, “one of the most accomplished chemists in the subfield of organic synthesis.”

Working to literally cure cancer during his time at Brock, he boasted the “rare, exceptional” distinction of being awarded three consecutive seven-year Tier 1 Canada Research Chair terms in 2003, 2010, and 2018.

In 2010, he won the prestigious Alfred Bader Award. In 2013, he was elected a fellow in the Royal Society of Canada and was named Innovator of the Year by the Ontario Partnership for Innovation and Commercialization. In 2014, he earned the coveted R.U. Lemieux Award. Two years later, he was named the 2016 Dean’s Distinguished Scholar for the Faculty of Mathematics and Science. In 2018, he was presented with a silver medal from Charles University for “scientific excellence and outstanding service to the international scientific community.” In 2019, he was recognized as one of Brock’s 14 most-cited scientific authors from 1996 to 2017.

His academic career was storied, to say the least.

Thus, when the renowned researcher met a maelstrom of discontent from the politically correct torch-and-pitchfork crowd in mid-2020, it was disappointing, yet not all that surprising, that the institution Hudlický worked so hard to elevate decided to hurl him, hurriedly and unquestioningly, headlong under the bus.

How It All Transpired

In June 2020, the prestigious German scientific journal Angewandte Chemie published an accepted article by Hudlický on its website entitled, “’Organic synthesis – Where now?’ is thirty years old. A reflection on the current state of affairs.”

The opinion paper was meant to be a tribute to German chemist Dieter Seebach and his 1990 review, which “greatly influenced” Hudlický’s own research and writing.

The short seven-page paper outlined eight factors that, in Hudlický’s view, have positively and/or negatively influenced the development of organic synthesis as a field of academic study: impact of new technology, impact of information technology, diversity of workforce, integrity of the literature, transference of skills, universities as corporations, competition for resources, and diversity of research options.

It was the “diversity of workforce” section that caused much of the hubbub to follow.

For anyone who actually read the paper, it was clear that the Brock professor was not saying workplace diversity is a bad thing. Rather, he was arguing that efforts to institutionally mandate and enforce workplace diversity through preferential hiring, amongst other things, had an adverse effect on the discipline.

“In the last two decades many groups and/or individuals have been designated with ‘preferential status’. This in spite of the fact that the percentage of women and minorities in academia and pharmaceutical industry has greatly increased. It follows that, in a social equilibrium, preferential treatment of one group leads to disadvantages for another,” wrote Hudlický.

“New ideologies have appeared and influenced hiring practices, promotion, funding, and recognition of certain groups. Each candidate should have an equal opportunity to secure a position, regardless of personal identification/categorization. The rise and emphasis on hiring practices that suggest or even mandate equality in terms of absolute numbers of people in specific subgroups is counter-productive if it results in discrimination against the most meritorious candidates.”

In other words, Hudlický was arguing for advancement based on ability over identity.

The backlash was swift and intense.

Within hours, Angewandte Chemie withdrew the peer-reviewed article. The journal suspended two editors, investigated two referees, and 16 members of the publication’s international advisory board, which included multiple Nobel laureates, resigned. Angewandte editor-in-chief Neville Compton immediately released a statement saying, “While diversity of opinion and thoughts can spur change and debate, this essay had no place in our journal.”

The Organic Division of the Canadian Society for Chemistry, which presented Hudlický his 2010 and 2014 honours listed above, said that it categorically rejected the views of its former award-winner and “stands with those working to dismantle the entrenched structures of discrimination based upon (but not limited to) gender, race, age, disability, religion, sexual orientation, or national origin.”

Representatives from the three federal agencies that administer the Canada Research Chairs Program, which effectively brought Hudlický to the country and helped fund a large portion of his career, joined the public flogging: “As the heads of Canada’s federal research funding agencies, we wish to be explicit in stating that we do not support the deplorable views on equity, diversity and inclusion (EDI) represented in (Hudlický’s) paper.”

Outside of official statements, social media erupted with all the ugliness we’ve come to know and expect. Not only were Hudlický’s views attacked, but who he was as a human being came under fire. Strong descriptors like “racist”, “misogynist”, “sexist”, “patriarchal”, and even “abusive” were not uncommon. Everyone from well-known chemists to anonymous Twitter eggs seemed to have an opinion.

On June 7, 2020, then-Provost and Vice-President (Academic) Gregory Finn released “An open letter to the Brock community” addressing the situation.

Naturally, instead of defending the professor’s academic freedom by simply adhering to its own freedom of expression policy, Hudlický’s employer elected to reaffirm the most cynical reading of his views and heap fuel on the growing dumpster fire.

“The paper includes highly objectionable statements that contrast the promotion of equity and diversity with the promotion of academic merit,” read Finn’s letter. “These statements are hurtful and alienating to members of diverse communities and historically marginalized groups who have, too often, seen their qualifications and abilities called into question.”

“The statements contained in the paper are not representative of the Brock community. They are utterly at odds with the values of Brock’s deeply committed research mentors, and all those working hard to build an inclusive and diverse community.”

The letter then ominously concluded, “be advised that further steps are being considered and developed”.

In the end, nothing came of the veiled threat. Hudlický wasn’t terminated, his funding wasn’t cut. However, he suffered immense reputational damage and was essentially blacklisted as persona non grata within the chemistry community. All for suggesting the merit of a chemist, not his or her gender, skin colour, creed, or sexual identity, should be paramount.

Once things settled down a bit after the initial backlash, Hudlický and his (many) defenders asked Brock to rectify the situation by retracting its letter and issuing some kind of apology.

When Finn was replaced as Provost and Vice-President in July 2020, president of the National Association of Scholars Peter Wood wrote an open letter to the newly appointed Lynn Wells, asking her to right the wrong committed by her predecessor:

“If you and Brock University publicly vindicate Professor Hudlický, and reaffirm that your bedrock values are academic freedom and charitable tolerance rather than enforced conformity to diversity, equity, and inclusion, you will be honored for making the right choice—and for restoring Brock University to its better self.”

The situation fizzled out by summer’s end. The mob, presumably, found another undeserving “offender” to cancel.

Brock didn’t say anything more about Hudlický, until last week.

The Current State of Affairs

According to Hudlický’s wife Josie Reed, a former research officer at Brock, Tomáš passed away “unexpectedly” in the early hours of May 10 while in Prague, Czech Republic, where he was born and raised.

For its part, Brock released a rather sterile tribute to Hudlický on May 12, giving a potted history of his career and listing some his recent accomplishments as a researcher.

Now-Interim President and Vice Chancellor, Lynn Wells, who couldn’t be bothered to respond to Hudlický’s concerns during his lifetime, even had the nerve to issue a final farewell.

“The passing of a Brock community member who has had such a distinguished career as a researcher, is tremendously upsetting,” said Wells. “Our thoughts are with Tomáš’ loved ones, friends and students right now as they process this difficult news.”

As Jordan Peterson succinctly tweeted upon release of the “tribute”:

“And Brock University pretends they treated this distinguished scientist well…” 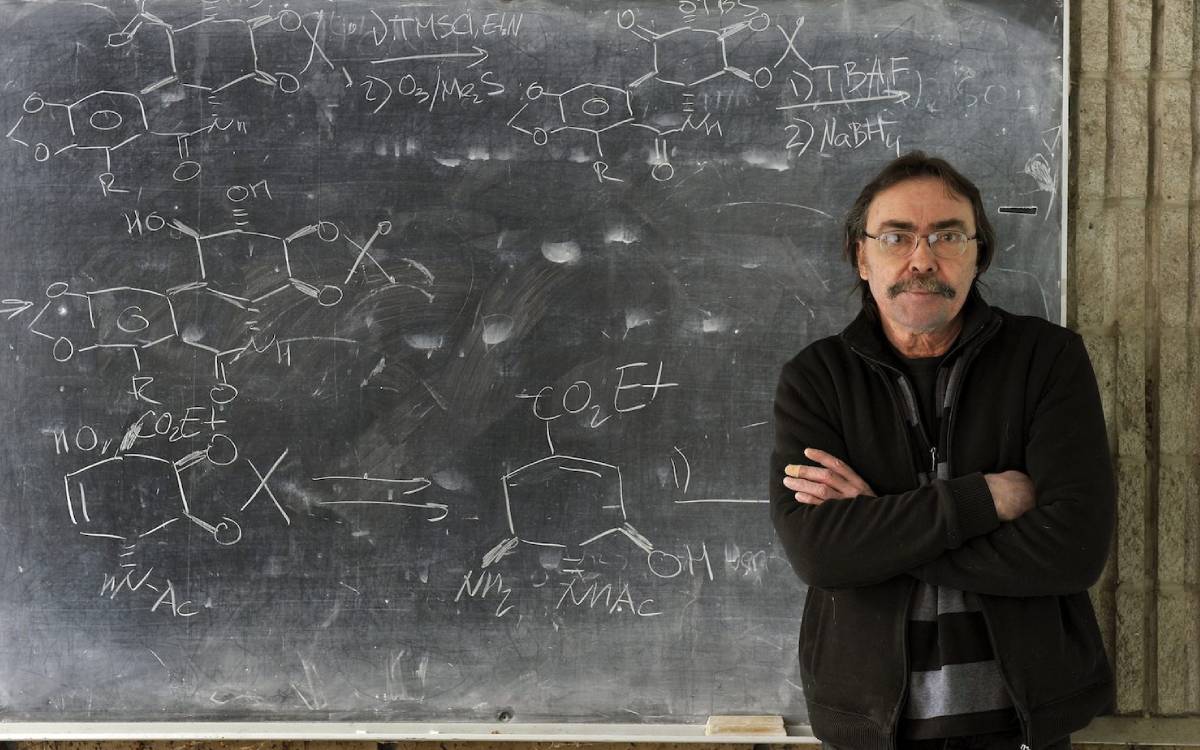