Removing tax-exemption status from churches is a horrible idea 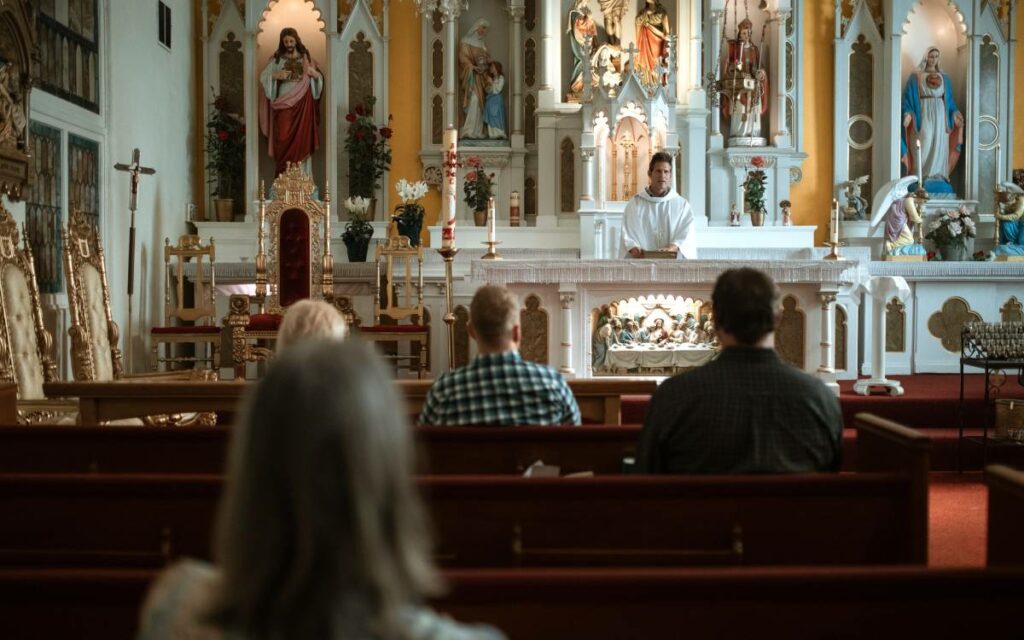 Despite the missteps and sorted histories of some churches, as well as a palpable wane in religiosity in modern day Canada, faith-based communities do a great deal of good for the mind, body, and soul of society and are worth preserving. Photo credit: Pexels/Rodnae Productions

The pilgrimage to Canada by Pope Francis was met with varying reactions. Many appreciated the visit as an opportunity to advance reconciliation. Others believe the trip achieved minuscule progress. Perhaps the most controversial yet unnervingly popular response was a proposition to remove tax-exemption status from churches.

The city of Iqaluit, capital of Nunavut, recently passed a by-law that will effectively remove age-old property tax exemptions from religious institutions. Proponents of this change argue that the role of many churches in perpetrating injustice against Indigenous Canadians, coupled with declining religiosity in the general population, means that affording a status of privilege to faith-based entities is no longer appropriate. Some people may not identify the perils found in this proposal. However, this is an unprecedented and dangerous policy initiative.

Like all prosperous nations, Canada has historically recognized that a healthy society must be founded on solid institutions. Each realm is responsible for its respective sphere of influence. The family is where marriage, procreation and the raising of children takes place. The civil government is responsible for upholding the moral law. Finally, there is the ecclesiastical (church) realm.

Religious institutions play an indispensable role in the day-to-day life of the nation. Most of us grew up with a local church or synagogue within walking distance of our homes. Places of worship are more than a location to host weekend services. They provide vital assistance to the community that no other individual or institution can successfully undertake.

Churches are the longest-standing and most consistent providers of material need to the poor, destitute and our most vulnerable citizens. Food drives, back-to-school fundraisers and Christmas bazaars tangibly contribute to addressing poverty in the community. Churches offer facilities to host local events, such as birthday parties, graduations, recitals and sports. In the case of a natural disaster, such as a dangerous storm or extreme heat/cold, churches open their doors as a reliable shelter to those fleeing harmful conditions.

It has been said that the future of a nation is inseparably linked to the ability of the society to instil values of decency, morality and responsibility to its citizens. Churches are essential to the realization of this objective. Sermons, Sunday school and bible studies may be labelled as boring, comical and outdated by mainstream culture. Various studies have concluded, however, that those who are active members of faith communities are notably less likely to break the law. Religious leaders and congregations teach children (and adults) the timeless virtues of hard work, personal responsibility and respect for your fellow man. Everyone benefits when more citizens live according to these principles.

Finally, there is the issue of soul care. Western society has become increasingly resistant to the fact that the most fundamental ailments inflicting mankind cannot be remedied by exclusively material solutions. Pain, suffering and loss are ancient maladies that wound our hearts and minds as deeply as they do our bodies. Our complete reliance on modern psychology to bind the brokenness of all people has been unsuccessful.

Churches are unique from other institutions because they recognize people as physical and spiritual beings. This allows them to come alongside people in pain and facilitate healing in a special way. Tragically, our nation is plagued by addiction, domestic violence, broken families and subsequent mental-health traumas. Churches are needed in the 21st century as much as ever.

Let’s return to our original premise: Canada has historically recognized that a healthy society must be founded on solid institutions. Respect for this principle has been foundational to the continual progress of our civilization over many centuries. Unfortunately, public opinion regarding the necessity and autonomy of our institutions is changing at an alarming rate.

It is no secret that religiosity in Canada has been declining for more than fifty years. The boomer generation could not salvage a role for the church in their “new world” in which individuals were accountable only to themselves… so they largely abandoned it. Their children and grandchildren, in general, are even less inclined toward traditional religion.

Today, people are not merely uninterested in church. They have, in fact, grown hostile toward faith-based entities. The spirit of the age, engrossed by social justice and cultural revisionism, sees religious institutions as bigoted, hateful and oppressive. They are visceral toward the assertion of moral absolutes and objective truth that are made by religious leaders and adherents. It is the goal of these activists to facilitate the demise of our churches. Removing tax exemptions is merely one step in the process.

We have examined the immense ways that churches minister to people. Surely it is worth asking, therefore, how anti-faith advocates plan to fill the enormous hole that will be left if church missions in Canada wind down. The answer, of course, is found for many people in the state. By denying spiritual existence, claiming that all our problems our material and arguing that religion is obsolete, it is possible to persuade that the government can become the provider of all things. This, of course, is where many of our so-called “progressive” citizens reveal themselves as supporters of a Marxist defenestration of Canada. If you find this reality disturbing, I don’t blame you.

Are Canadian (or any) churches perfect? Of course not! Horrific acts have been carried out by religious leaders and institutions, particularly against Indigenous Canadians. This is a tragedy that requires the utmost care and sensitivity in order to facilitate healing. With that being said, sustainable solutions cannot be found in the blacklisting of churches.

The broad sweeping logical implications of cancelling religion in response to historical crimes are beyond comprehension. Must we also do away with marriage because of spousal abuse? How about scrapping parliamentary democracy because of injustices perpetrated during the World Wars? The direction this path would lead us down is as destructive as it is preposterous.

The way forward can only be found in recommitting ourselves to our founding principles. We must recognize the cavernous shortcomings in Canadian civil, ecclesiastical and familial realms. At the same, time, however, we cannot lose sight of the success that is Canada. We are one of a mere handful of nations that have abolished slavery, recognized the equality of women and are a prosperous home to people from all races and ethnicities. Surely, in spite of our failures, we are doing something right.

Churches, specifically, should be revered for the irreplaceable service that they provide to the nation. The civil government need not (and should not) identify itself as Roman Catholic, Anglican, Baptist, Presbyterian, Jehovah’s Witness, Mormon, Jewish or so on. Civil society must, however, acknowledge the distinct role of the church and not inhibit the ability of religious institutions to do their good work. This means respecting the autonomy of the church over its own affairs, allowing it to flourish without external coercion and not demanding that it fund the activities of the state. 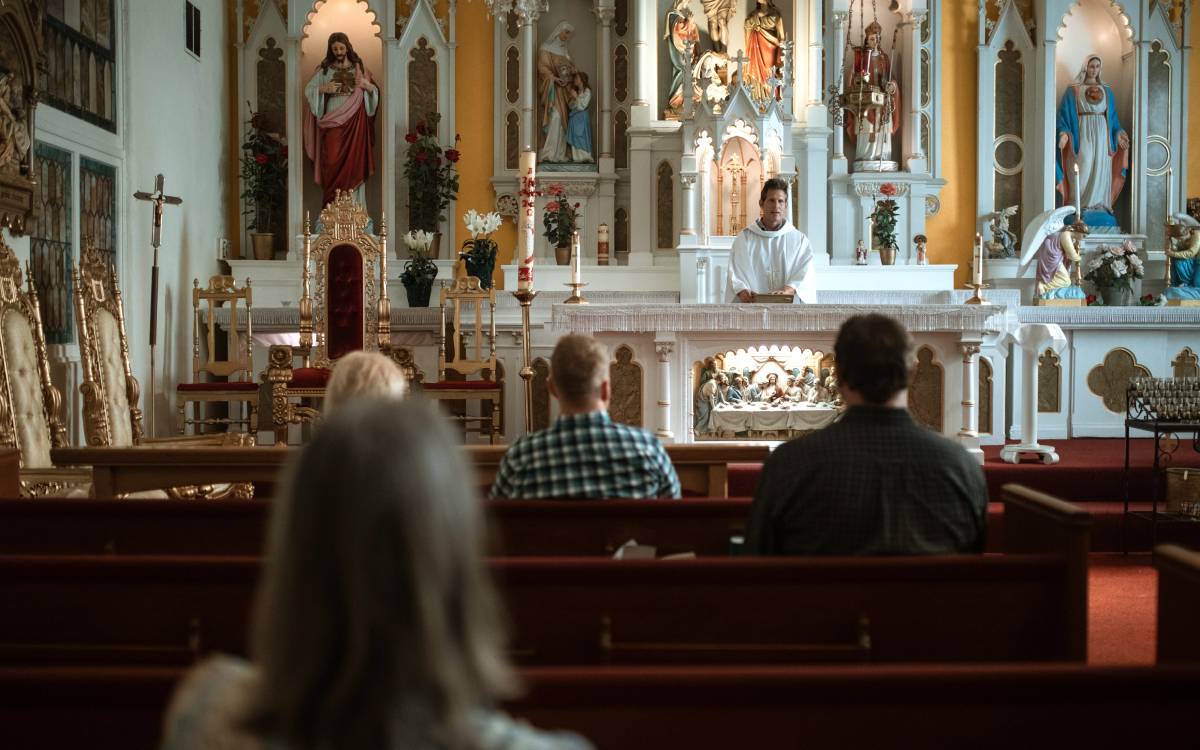