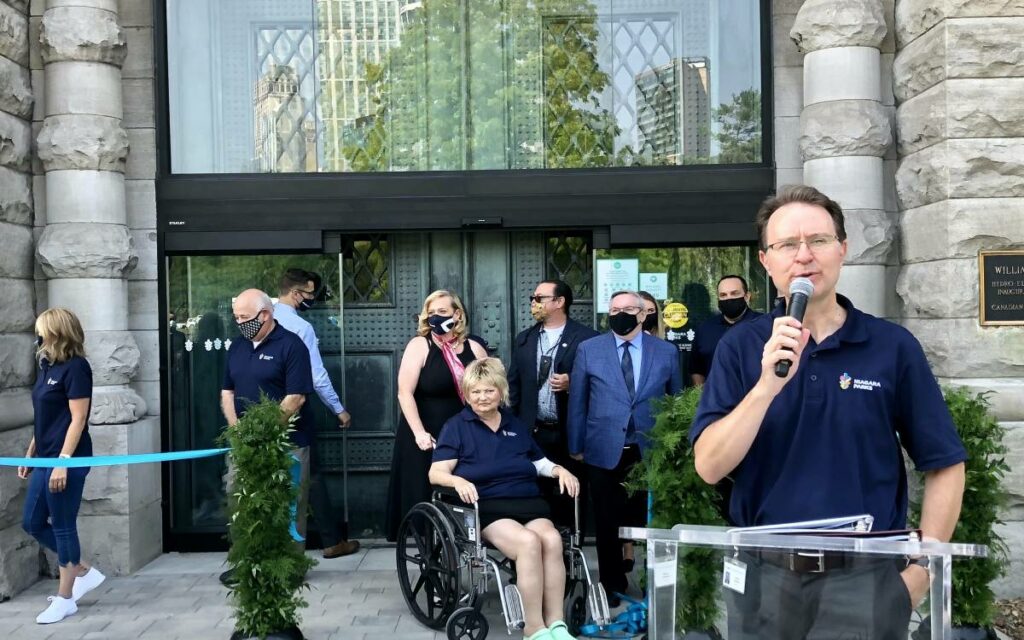 Located kitty-corner to the Horseshoe Falls along the Niagara Parkway, the former hydroelectric power station was built in 1905 and is the only era-specific, fully intact structure of its kind left in the world.

Ontario’s Minister of Heritage, Sport, Tourism and Culture Industries Lisa MacLeod was on hand for the official ribbon-cutting ceremony and initial tour of the facility Wednesday.

“This is incredible…to see something this big come to fruition, on time, under budget and be able to welcome tourists, particularly at a time when the province is just starting to reopen — it’s pretty significant,” Minister MacLeod told The Niagara Independent.

In her capacity as the minister responsible for heritage and tourism, MacLeod helped secure the $25 million loan from the province that made the project possible, but she was quick to give all the credit to the Niagara Parks, particularly its board chair Sandie Bellows and CEO David Adames.

“It is a true legacy piece for Sandie Bellows. It has her drive and determination written all over it,” said the minister. “I played a small part in it — I secured funding, I’ve come down a few times to see how it was going…but this really is Sandie’s dream and David’s work, and their staff’s and their commissioners’.”

Bellows, who was named chair of the Niagara Parks in January 2019, has played an integral role in the project from the concept stage through to the present.

Speaking to a small crowd of Parks employees, commissioners, local public officials, and media, Bellows called the opening “unbelievable” and described how it all began.

“The multimillion dollar project that has transformed this historic power station into a brand new attraction all started with an idea,” said Bellows.

“We were in the boardroom and we were thinking: what are we going to do with these three power stations? A thought came through, then an idea…We presented [Minister MacLeod] with this thought/idea. She was so enthusiastic about it. The next week she had us in Toronto with all the stakeholders [to discuss making the project a reality].” 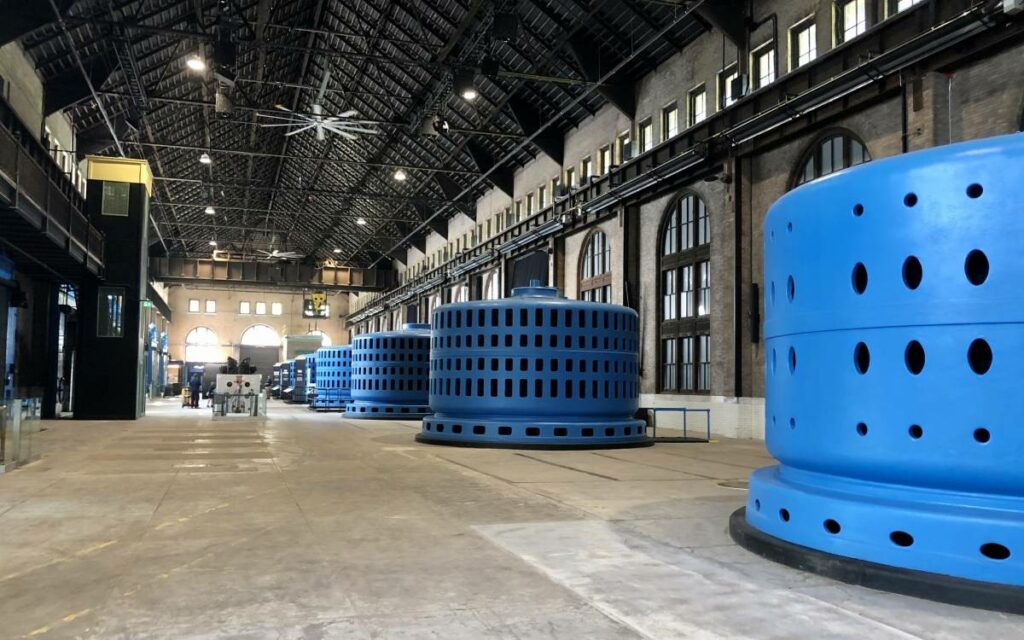 The Romanesque-style power station was designed by New York City architect Algernon Bell. It was made to mimic its American counterpart on the opposite side of the Niagara River. The power station ceased operations only 15 years ago, having served the hydroelectric needs of nearby Fort Erie, Ontario and Buffalo, New York up until 2006 as part of Canadian Niagara Power.

The turn of the 20th century saw a race to populate the shores leading to the Falls with hydroelectric facilities that could power an increasingly energy-hungry society. The former Canadian Niagara Power station was one of several built on both sides of the Niagara River in the early 1900s. In fact, just upstream and across the parkway from the new attraction there is another 115 year old-plus former generating station. It too is currently owned by the Crown agency.

Decommissioned in 1974, the Toronto Power Generating Station has sat vacant for nearly a half century, but Niagara Parks CEO David Adames said that there are plans for the facility.

“We don’t have a direct timeline, but our intention is to go out to market, ask for expressions of interest, then go through a public procurement process to potentially look at adaptive reuse there as well,” said Adames.

“There’s different ideas for potential uses, but we’ll go to the market and see what comes back. At the end of the day, a private sector proponent — paying for it itself — has to look at what’s going to generate revenue. It will take a substantial amount of money [to refurbish the building.”

The Parks’ goal is to retain ownership, according to Adames, but work out a long-term lease agreement for the former generating station. 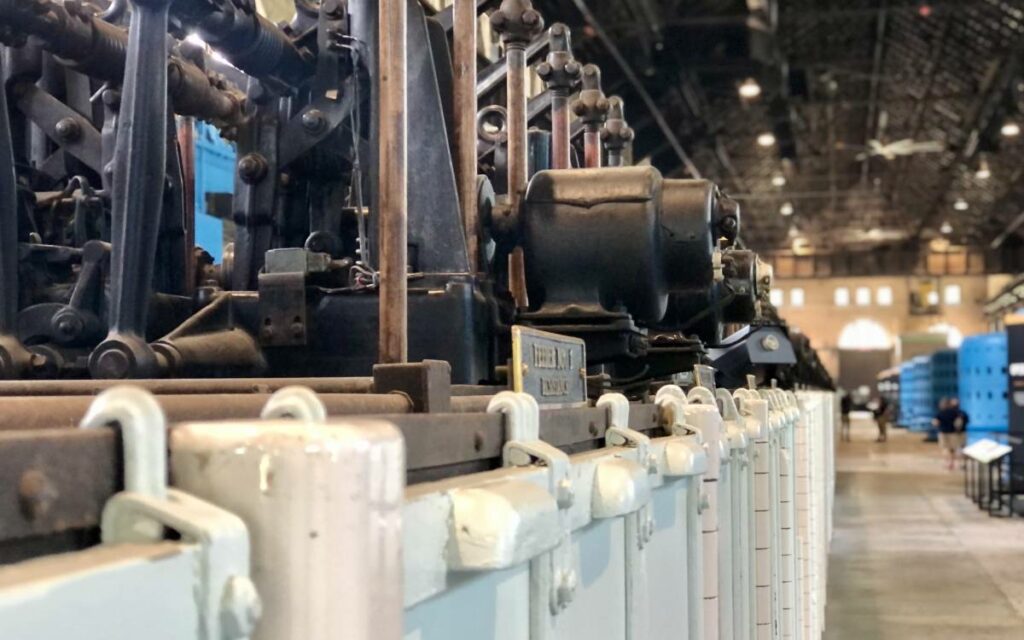 The July 2021 opening represents the first of two phases in the project’s overall unveiling. At present, visitors can explore the upper portion of the generating station, but come July 2022, guests will also be able to traverse the underground network of tunnels that lie 200 feet below the main floor of the building.

Current MP for Niagara Falls Tony Baldinelli, who prior to politics was a senior manager with the Parks for nearly two decades, was also on hand for the ribbon-cutting. Baldinelli congratulated his former colleagues for their success in seeing the project come to fruition and spoke a bit about what it means for the community as a whole.

“We always had a vision of what this facility could become — it’s absolutely spectacular,” said Baldinelli, peering at the grand windows and massive turbines that line the station floor.

“This facility will just add to the aspects and draw of Niagara as a tourist destination. It provides more opportunity for visitors to stay longer and experience not only the beauty of the Falls, but the history behind them. This is a great day for the Niagara Parks and the destination of Niagara Falls itself.”

The attraction is open all year-round. For more information or to purchase tickets, visit the Niagara Parks website here. 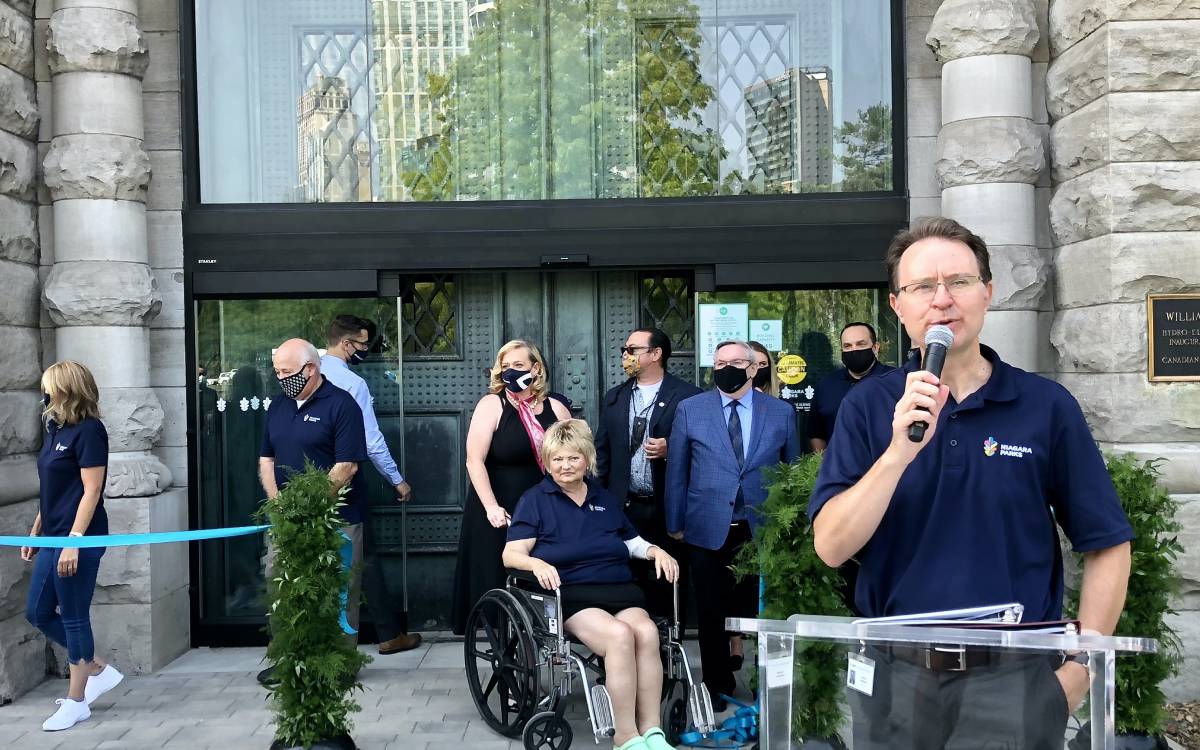