Revisiting the Charlottetown Accord referendum, three decades on: part two 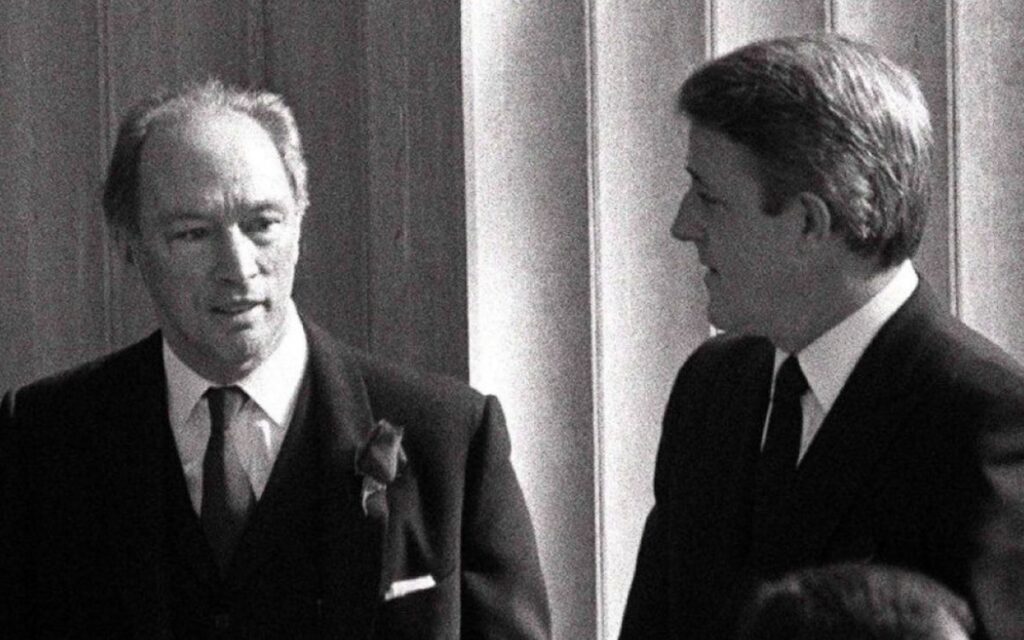 This is part two in a two-part series marking the 30th anniversary of the Charlottetown Accord referendum. In part one, a review of events between 1980, when Prime Minister Pierre Trudeau sought to patriate Canada’s Constitution, and the 1990 deadline for ratifying the Meech Lake Accord were chronicled. Pictured left and right, respectively, are Trudeau and Brian Mulroney. While brilliant and sophisticated, both were men of pettiness, jealousy, and insipid rancor. Instead of collaborating, they saw their places in history as separate from Canada’s interests, thus making any efforts to amend the Constitution that much more difficult. Photo credit: The Canadian Press/Peter Bregg

By 1992, nearing the end of his second mandate and facing a new Liberal leader in Jean Chretien, Prime Minister Brian Mulroney moved to once again address the outstanding issues regarding Quebec’s approval of the 1982 Constitution.

The Allaire and Belanger-Campeau Committees from Quebec had made suggestions in the intervening year years. While the federal government had set up the Citizen’s Forum on Canada’s Future to address the matter of public consultation. In summary, the Forum heard from about 400,000 people and drew five key conclusions. The first three supported Quebec’s distinctiveness, the settlement of Indigenous land claims, and Aboriginal self-government. The final two acknowledged the reservations many Canadians held regarding official bilingualism and multiculturalism. Further to this, parliament, cabinet, and the federal government convened bodies, produced documents, and held other public forums, all contributing to a final public document entitled, A Renewed Canada.

In a last-ditch effort, the Mulroney government, consequent to these events, brought all the provinces, territories, and Aboriginal leaders together to negotiate an agreement which, they hoped, would gain Quebec’s approval at a national conference in Ottawa as the separatist movement in Quebec threatened Canadian unity. This second package of constitutional amendments became known as the Charlottetown Accord and formed the basis for the referendum scheduled for October 26, 1992.

Charlottetown bore similarities to Meech and could be summarized as addressing seven key proposals including the Canada Clause (recognized the core values of Canada); Division of Powers (a complicated section designed to increase many provincial powers); Aboriginal Self-Government (including a recognition of Metis rights); Parliamentary Reform (including the Triple-E Senate – elected, equal representation, effective); Supreme Court of Canada Appointments (three from Quebec, lists from provinces for the federal government); Constitutional Amending Formula (every province would have veto power); and Social and Economic Union (a social charter for health, education, and welfare as well as a commitment to encourage inter-provincial trade).

Unlike Meech, the Charlottetown Accord went to the people for approval. Holding a referendum provided protections which the government believed would make its passage more likely and increase its long-term viability. The question on the ballot asked: “Do you agree that the Constitution of Canada should be renewed on the basis of the agreement reached on August 28, 1992?”

Optimism abounded as the campaign began. Unfortunately, events intervened. While the three major federal parties (Progressive Conservative, Liberals, NDP) supported its passage, the Bloc Quebec and the Parti Quebecois strongly opposed as did the Western-based Reform Party. Most ominously, Pierre Trudeau threw things into reverse when he voiced his concerns about the undermining of national unity and destruction of the federal government. The former prime minister’s overt attempt to throw doubt on the integrity of the deal created major headaches for Brian Mulroney.

As Jim Bronskill and Joan Bryden reported for the Canadian Press in March 2014, Mulroney already held contempt for Trudeau regarding the failure of Meech. The Prime Minister is quoted as telling his cabinet that Trudeau and the Liberal Party, including new leader Jean Chretien, had partaken in “a colossal deceit and betrayal of the country.” Further, the record shows Mulroney believed “…that the Meech Lake accord had been obstructed and undermined by people who thought they had the right to govern forever.” This bitter feud reflects poorly on both men, displaying an arrogance and self-deception which placed personal legacy above country.

In a personal and vitriolic summation, Mulroney told his cabinet that Premier Wells’ objections originated in the Trudeau sphere, “With respect to Quebec, the prime minister noted that Premier Wells had in effect done the work of Mr. Trudeau and Mr. Chrétien. He described Premier Wells as Mr. Trudeau’s agent. Mr. Chrétien, hopeful of shortly gaining the Liberal leadership, had been silent.” He continued with a final judgment which laid the blame at the feet of Mr. Trudeau. He carried the bloody sword. “The people of Quebec, he said, would see clearly that the work of Newfoundland was linked to the activities of Mr. Chrétien and that all of this in turn was linked back to the influence of Mr. Trudeau.”

The fact that the two driving forces behind the nation’s efforts to unite the country within the constitution were themselves in a long-term ugly dispute did not bode well for the new Accord, nor for national harmony. The uncovering of these facts only confirms what many felt. Canada’s two major leaders for a quarter of a century, while brilliant and sophisticated, possessing many admirable characteristics, were both men of pettiness, jealousy, and insipid rancor. Instead of collaborating, they saw their places in history as separate from Canada’s interests, an indictment both men now wear well into the narrative assessing their administrations.

The campaign came to a conclusion with many Canadians wrapped up in the Toronto Blue Jays World Series triumph two days before the vote. Exhaustion, distraction, and growing dislike of Mulroney characterized the closing days. The 55 per cent rejection vote against the Accord ended the national constitutional debate, having drained the interest and energy of the country. But the constitutional questions never end.

As recently as this past month, Premier Scott Moe of Saskatchewan, interviewed on CTV’s Question Period, indicated a willingness to fight Ottawa about control of its resources. Saskatchewan released a White Policy Paper entitled Drawing the Line, stoking fears it is considering a Sovereignty Act of its own. Moe said he is ready to fight “federal intrusion into provincial jurisdiction of natural resources.” The paper claims the climate policy of the federal government will cost Saskatchewan households $111 billion dollars between 2023 and 2035. The push is for greater provincial autonomy and greater say in matters like immigration within the province. The new premier of Alberta has voiced the same concerns.

For 30 years now many issues have been handled in the courts as the nation sits in constitutional limbo, awaiting a renewal of the fight.

Whether Canadians and their leaders engage and accept the challenge of opening up the Constitution is unlikely, but unilateral changes like those recently undertaken in Quebec seem possible. Let us hope that wise and broad-minded leaders will take up the torch when needed, to renew the fight for a generous Canada that considers the disparate interests of each region while allowing for all jurisdictions to develop their resources while contributing to the best Canada for all Canadians.