River Lions re-sign coach and GM, both named as staff for Champions League of Americas 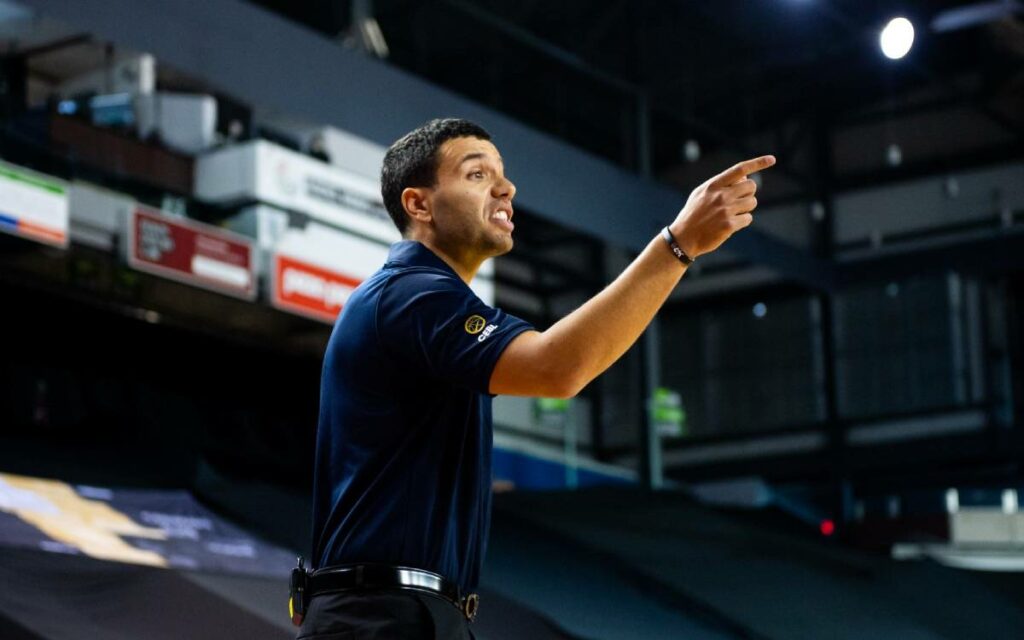 Niagara River Lions head coach and general manager Victor Raso. The former CEBL Coach of the Year, along with co-general manager Antwi Atuahene, will return for another season after re-signing with the team earlier this week. Photo credit: CEBL

The Niagara River Lions have announced that head coach and general manager Victor Raso will return as bench boss for the 2022 Canadian Elite Basketball League (CEBL) season. It will be Raso’s fifth year with the River Lions.

Antwi Atuahene will also return as Head of Basketball Operations and share the role of co-general manager alongside Raso.

“It was an easy decision to bring back Victor for another season with our organization,” said River Lions president, Jeffrey Sotiriou. “Over the past several years, Victor has proven to be a successful leader on and off the court. In 2021, he overcame adversity and led the team to the championship game for the first time in River Lions history, and we feel confident in his ability to go even farther in 2022.”

Raso has been with the organization since 2017 when he began as lead assistant coach before eventually taking over as head coach and general manager for the CEBL’s inaugural season.

Raso would go on to be named the CEBL Coach of the Year after leading the River Lions to a league-best regular season record of 15-5. This past season, Raso guided the team to a second-place finish, going 10-4 before winning the semi-finals to advance to the CEBL Championship Game in Edmonton.

With an overall coaching record of 28-16 with the Lions, Raso looks to continue to build on the foundation he has laid over the past several years to achieve the ultimate goal of winning a championship. He will also continue to ensure that Niagara is the best place for professional basketball players to grow their game and grow as people.

“I love the River Lions and I am happy to be back as we keep hunting for a CEBL Championship,” Raso said.

“Our entire organization is moving in a great direction, and I’m very proud of the role I play in that. I can’t wait to get back to work with Antwi, our staff, and our front office as we prepare for 2022!”

Antwi Atuahene will return as Head of Basketball Operations and will also share the role of co-general manager alongside Raso. As a well-respected and well-connected figure in the basketball world, he will continue to play a significant role in player recruitment and acquisition, as he did in 2021 bringing the likes of Javin DeLaurier and Xavier Sneed, both of whom went on to attend NBA training camps.

“Niagara is a special place to me,” explained Atuahene. “I’m looking forward to continuing what we started through the past few seasons. The entire organization is first class from top to bottom. The hunt continues…”

Meantime, the news regarding Raso and Atuahene wasn’t done there. The pair were also named to the staff who will represent the Edmonton Stingers, the CEBL and Canada’s representative in the upcoming Basketball Champions League of Americas (BCLA) which begins next month in Nicaragua.

Raso has been named an assistant coach, and Atuahene assistant general manager.

The BCLA brings together 12 teams representing seven countries from the Americas, competing over the course of four months to win a berth in the 2023 FIBA International Cup, one of professional basketball’s most prestigious international competitions.

The BCLA teams include Quimsa, Boca Jrs and Obras from Argentina, São Paulo, Minas, and returning champion Flamengo from Brazil, Bigua, and Nacional from Uruguay, UdeC from Chile, Cangrejeros from Puerto Rico, season two runner-up Real Estelí from Nicaragua, and the Edmonton Stingers. The Stingers earned the right to represent Canada by virtue of winning the 2021 CEBL Championship. Each of the 12 teams will host games during the group stage. The Stingers were assigned to Group A along with Real Estelí from Nicaragua, and Cangrejeros from Puerto Rico.

Raso’s father, Joe Raso, senior director of basketball operations for the CEBL, will serve in the same capacity for the league at the BCLA’s.