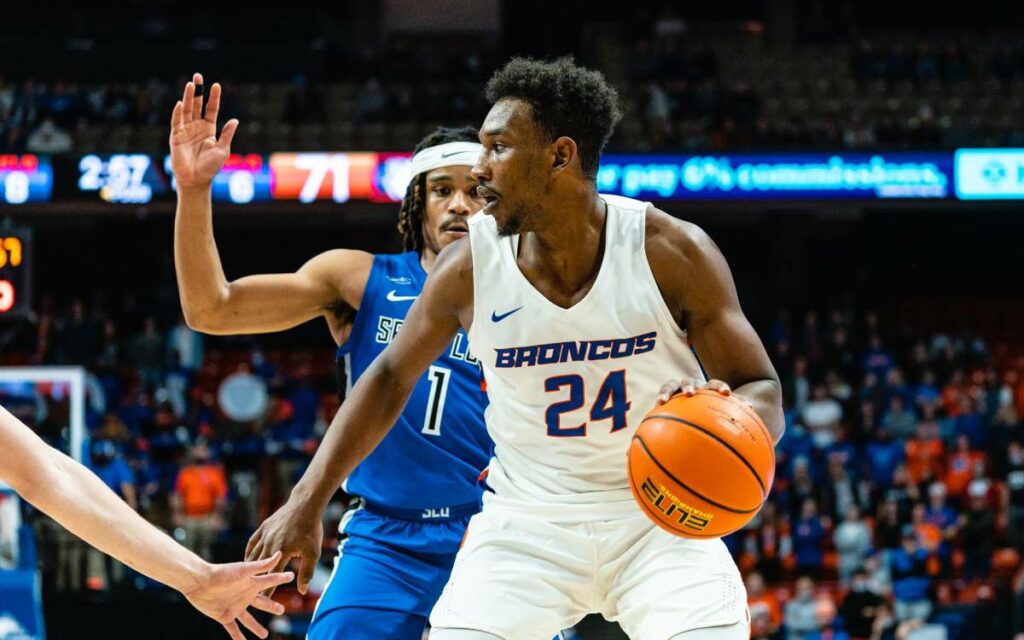 The Niagara River Lions made an historic announcement Monday.

The River Lions signed 6’7 forward Abu Kigab of St. Catharines. Kijab becomes the first ever local, Niagara basketball product to sign with the River Lions franchise in their seven-year history.

The 23-year-old, and recent Boise State graduate, will join the River Lions fresh from playing for the Toronto Raptors in the 2022 NBA 2K23 Summer League.

Kijab posted a double-double, 15 points and 10 rebounds, in the Raptors victory over the Milwaukee Bucks on Sunday.

“Abu is a phenomenal talent that we’ve been tracking for some time now,” said Antwi Atuahene, Head of Basketball Operations and Co-General Manager. “He’s clearly an NBA level player, and his ability to impact winning goes far beyond the stat sheet. We are excited to bring Abu home to play for the River Lions.”

He began his collegiate career with the Oregon Ducks where he played for a season and a half before transferring to Boise State in 2019. With the Broncos, Kigab started in all 35 games during his fifth year, averaging 14.8 points, 5.7 rebounds, 2.4 assists and 1.3 steals in 31.5 minutes per game. He recorded one 30-point game and seven 20-point games, earning him the Mountain West Championship MVP and being named to the All-Mountain West Second Team during the 2021-22 season.

“You’ll be getting one of the hardest workers you’ll ever see on a basketball court,” said Kijab’s high school coach and St. Catharines native Pat Sullivan.

“Abu is an in-the-moment type guy, and he’ll be in the moment with the River Lions.”

Sullivan, and a number of St. Francis alumna, will be in attendance Friday night at Meridian Centre in downtown St. Catharines.

“On behalf of the River Lions, we could not be more excited to welcome Abu home to St. Catharines to close out the 2022 CEBL season,” said Jeffrey Sotiriou, President of the Niagara River Lions. “Today marks a historic day for our organization in signing the first ever player from the Niagara Region, and we hope that this only continues down the road. We encourage fans to come out this Friday night to cheer on Abu as he makes his homecoming in front of his family and friends.”

Prior to his collegiate career, Kigab competed for Canada at the 2015 FIBA U19 World Cup and the 2016 FIBA Americas U18 Championship. In July 2017, he was a key player on the Canadian team that captured the gold at the FIBA U19 World Cup, averaging 14.7 points, 10.6 rebounds, as well as 2.3 assists per game.

“I am extremely excited about this opportunity,” said Kigab, who will arrive back in St. Catharines this week before making his Niagara River Lions debut Friday night.

“To have a chance to come back home and play for my local team is a dream come true. There is truly nothing like it.”

Kigab is expected to suit up this Friday, July 22 when the team takes on the Scarborough Shooting Stars at the Meridian Centre.

The River Lions currently sit in second place in the 10-team Canadian Elite Basketball League (CEBL) standings with a record of 12-4.

Niagara is one of the original six teams of the CEBL. Playing out of Meridian Centre in downtown St. Catharines, the River Lions represent the twelve municipalities of the Niagara Region while living up to the River Lions moniker of pride and strength of community.