Romney gets the last laugh (but it’s not funny) 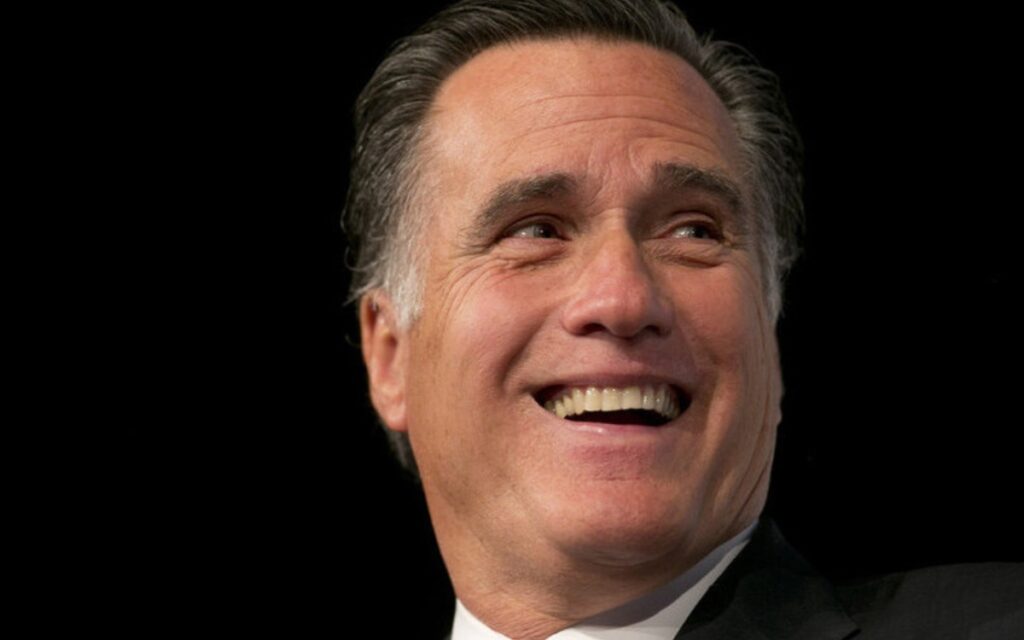 A decade ago, the former presidential candidate was derided by some for his views on Russia and China and the threats their respective regimes posed on the west. The Idaho Statesman/Kyle Green via AP

This month is the anniversary of two critical events in the history of American foreign policy. The first, of course, is that it has been 60 years since the Cuban Missile Crisis. The other occurrence is much less memorable but may have been equally consequential.

On October 22, 2012, President Barack Obama and Governor Mitt Romney engaged in a presidential debate on foreign policy, hosted by CBS News and moderated by Bob Schieffer. Upon receiving a prompt regarding ‘greatest threats facing America’, President Obama offered a sharp rebuke to comments made by Governor Romney that Russia was the “number one geopolitical foe” of the nation. He even cavalierly joked that “The 1980s are calling and asking for their foreign policy back”, admonishing the Governor that the Cold War was long over.

These statements were no rarity during the Obama years. Far from it, they provided an enlightened glimpse into the naive idealism that underpinned the administration’s approach to foreign affairs.

At the end of World War II, America resolved that it would maintain the defence capabilities necessary to fight two major wars at one time. The country had just defeated the fascist empires of Nazi Germany and Imperial Japan. It was then time to take on the Communist Soviets and Chinese. This strategy was upheld throughout the Cold War and past the dawn of the new millennium. However, the fall of the Berlin Wall, the corresponding embrace of globalism and heavy criticism of the 2003 invasion of Iraq led many people to lose sight of Pax Americana.

Obama believed in a world where the United States was the eternal world superpower absent any formidable adversaries, the main purpose of the military was for peacekeeping in the Middle East and the only existential threat was ‘climate change’. While this idyll, so to speak, may now seem delusionary, it was accepted by a large swath of the American population until quite recently. As a result, Obama was able to, without excessive opposition, gradually redirect funding from defence to favoured environmental initiatives and social programs.

President Trump did attempt to rebuild the American military. That said, he too failed to fully comprehend the imminent threats posed by authoritarian regimes. In addition, rising internal divisions and pervasive culture wars have come to occupy the attention of citizens and elected officials. Enemies of freedom are taking advantage.

A new axis of evil has formed across the sea. While Russia and China may have deep historical differences, they are working ever more closely to overthrow what they consider ‘American hegemony’. They speak in blunt terms about creating a new world order that is multi-polar with respective spheres of influence. Moreover, if staring down the biggest nuclear power in the world and the largest military by manpower was not enough of a challenge, Iran and North Korea are coming along for the ride.

The American alliance has responded correctly to the Russian invasion of Ukraine by providing the brave Ukrainians with the tools they need, reinforcing the NATO eastern flank and seeking to deter the use of weapons of mass destruction. Unfortunately, however, this is likely only the beginning of an extremely dangerous period in world history.

Despite the heroic efforts by Ukraine to defend their land, things are becoming more complicated, on and off the battlefield. NATO is running low on stockpiles of equipment that have been indispensable to Ukraine’s ability to repel Russian advances. European nations are reeling from the impact of economic sanctions and the withdrawal of cheap Russian gas. The global energy crisis will hit home in the long winter months ahead as people and businesses struggle to keep the heat, lights and supply lines going. Societal unrest is a grave concern.

All of this is in addition to the fact that President Putin, notwithstanding Ukrainian/western resolve, continues to double down on his efforts to bring all of Ukraine under his influence. Do not be disillusioned that he is running out of options… things could still get much worse.

Sobering things are also happening in China. The military industrial complex of the nation is accelerating at a rate that is far beyond alarming. State officials are reiterating their commitment to Taiwanese reunification more overtly with each passing day. As soon as the People’s Liberation Army is ordered to enforce a blockade of the breakaway democratic island, we will lose access to 90 per cent of the world’s most advanced semiconductor chips (that power our cars, phones, computers and pretty much everything else). It is, therefore, extremely difficult to imagine a Chinese campaign of this magnitude not spiraling into a global conflict.

Back to Romney and 2012: The Governor, of course, lost the 2012 presidential election. In the years that followed, he continued to, with great urgency, address the growing threat posed by China and Russia. Even still, after the 2014 annexation of Crimea, Obama continued to persuade that Russia was merely a warmed-over regional power, while encouraging increased collaboration with China. Later, Romney also warned against the isolationist ‘America-First’ rhetoric utilized by President Trump to justify American disengagement from the European security architecture.

In early February, a mere three weeks prior to the Russian invasion of Ukraine, President Putin (Russia) and President Jinping (China) signed a ‘no-limits partnership’, where they agreed to provide mutual support for their expansionist ambitions. The United States remains well-positioned to guarantee the security of the North American continent. It is greatly uncertain, however, whether the western allies still have the capabilities to contain the Sino-Russian axis, defend the full territorial integrity of all nations and unequivocally preserve the rules-based international order.

The long-term fulfillment of these objectives would have required a clear-eyed approach to foreign policy and the unwavering ability of America to fight two superpower wars simultaneously. It may now be too late to change the course of destiny.