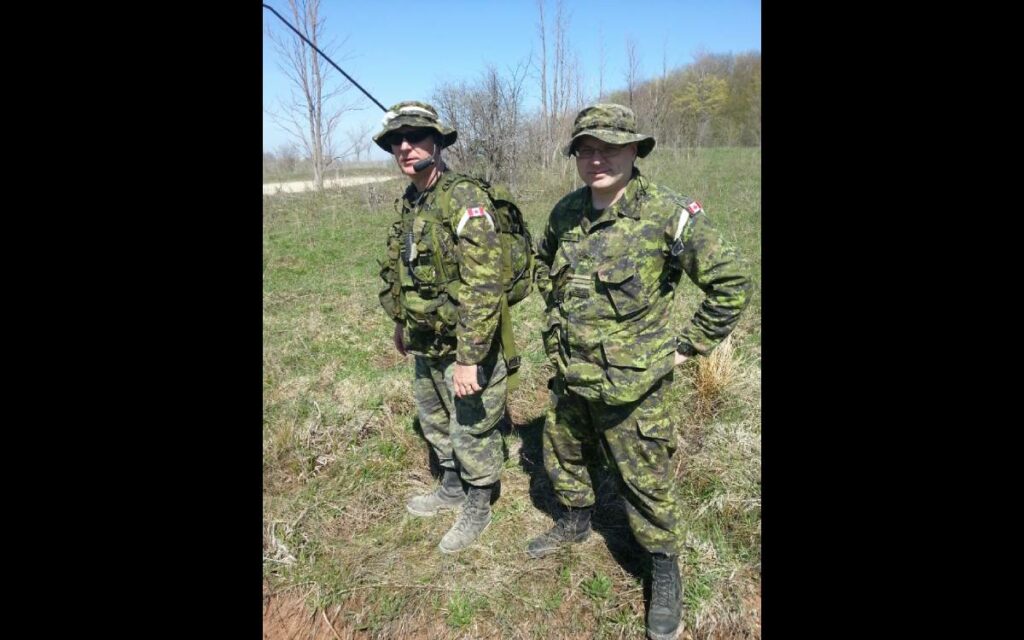 Niagara resident Bruce Mair has served both his country and his community. Mair enlisted in the Canadian Armed Forces back in 1987 while still a teenager. The now 51-year-old is currently a sergeant with Niagara Regional Police.

Serving primarily with the Lincoln-Welland Regiment in the army reserve, Mair has done tours in Namibia and Palestine.

While he now wears the uniform of the Niagara Regional Police Service (NRPS), Mair was a fresh-faced 19-year-old when he deployed to Africa in 1989 for six months. Canadian troops were sent as part of a peace keeping mission with the ultimate goal of ensuring that Namibia was able to peacefully hold its first ever free election. “It was just an amazing experience,” explained Mair. The cold war was still on and tensions were high. “The majority of the population was black and they were never allowed to vote or be educated,” said Mair. “Some people literally walked for three days to vote.” Mair said the voter turnout, percentage wise, was in the high nineties. The elections were a success. “There was a lot to be proud of with that mission. We had a job to do, we did it, and there was a positive result.”

Years later Mair would leave home again this time to spend four months in Palestine in 2011 where he was able to put to use multiple skills he learned over the years including planning and training. “It was odd at first because growing up you were taught the PLO (Palestine Liberation Organization) was the enemy, they were terrorists, and here we were training Palestinians. Arafat was the enemy and now we were helping him.” Culturally, Mair said both missions opened his eyes to different ways of living and taught him to appreciate other cultures. “I lived in a Muslim community. You realize that people think and act differently from you but you learn from them. I learned a lot from the different communities.”

It was during the Palestine mission that Mair also learned he didn’t want to spend his entire career in the armed forces so he applied to become a police officer and wound up in Niagara. He said the transition from military to policing isn’t as seamless as some may think. Mair said when he arrived at police college after spending 13 years in the army he had to dial it back. “I was always waiting for the hammer to fall – the yelling, screaming, intense physical training – I had to learn to relax.”

There are a number of transferable skills between the two professions according to Mair. “Discipline is a big one, being able to take command of a stressful situation but also knowing when to soften your approach depending on who you are dealing with. That’s engrained in you in the military.”

With Remembrance Day this week Mair says it’s a time for reflection on both his military and policing careers. “People will often tell police officers to stop complaining, that we knew what we signed up for but you don’t know. There’s a lot of ugly that people just don’t ever see.”But Mair said despite some of the negative headlines about policing, he and his fellow officers still get plenty of than thanks while serving their communities. “Often times if we are doing point duty people will give us a hot chocolate or a coffee, smile and wave, thank us for our service. It means a lot.”

Mair spent most of his policing time in Fort Erie. As a smaller town officers tend to get to know a lot of the residents – even the ones they’ve arrested. “I was at my son’s little league game and a guy came over to say hi to me in the stands. I’ve probably arrested him six times. His son was playing for the other team. We had a hot dog and a pop, chatted and watched the game.” Mair had to arrest him again not long after that friendly exchange at the ball park.

On Remembrance Day Mair makes a special stop on his way home from work. He attends traditional Remembrance Day services when and where he can but as the sun sets he stops by a cemetery on before heading home to see his family. His friend and former military and police colleague Dennis Brown is buried there. Warrant Officer Brown was killed in 2009 in Afghanistan by a roadside bomb. Brown was also a special constable with NRPS. “On my way home I go to see Dennis. I take my poppy off and put on his grave. I think about him and talk to him for a while.”

Mair said it was one of the most emotional and proudest moments in his life seeing Canadians line the Highway of Heroes and overpasses as Brown’s body was driven home. “Thousands of Canadians who never met him turned out to show their support. There were no protests, just respect.”

“It’s very abstract. You hear stories about people dying in service but then one of your friends is killed. It all comes rushing home. It’s not just old guys. Then you think about the older veterans who lost 30 or 40 friends during war.” 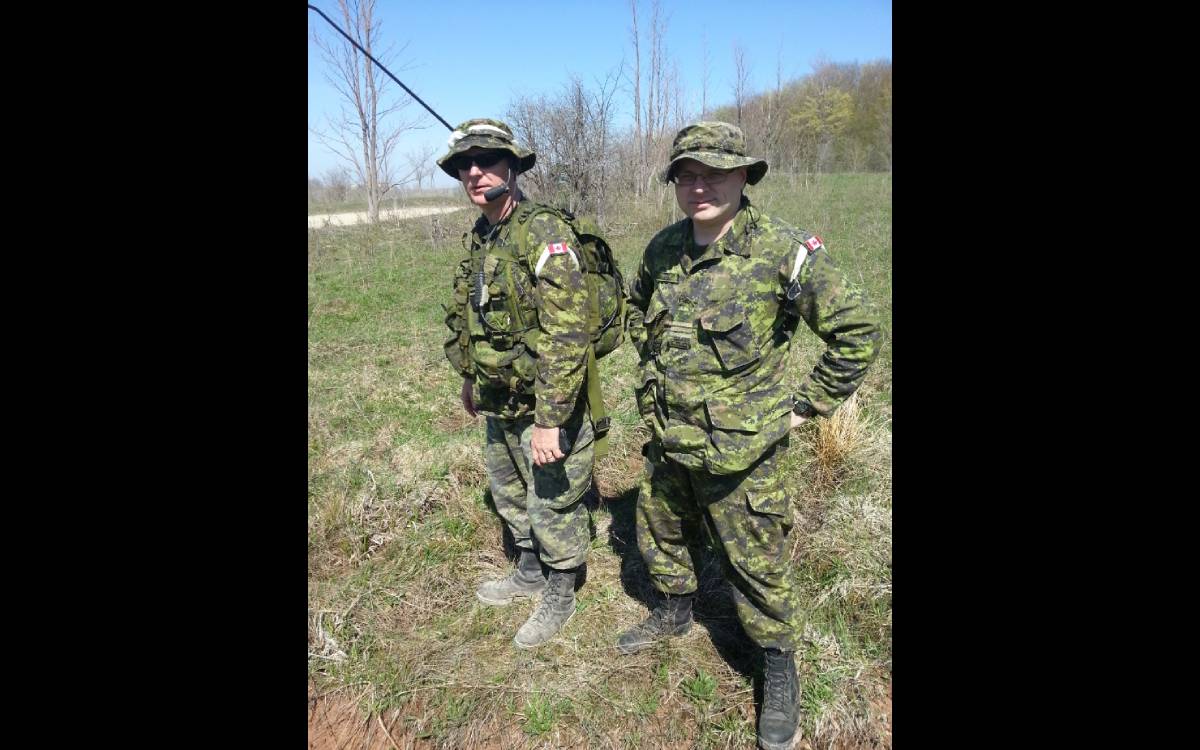