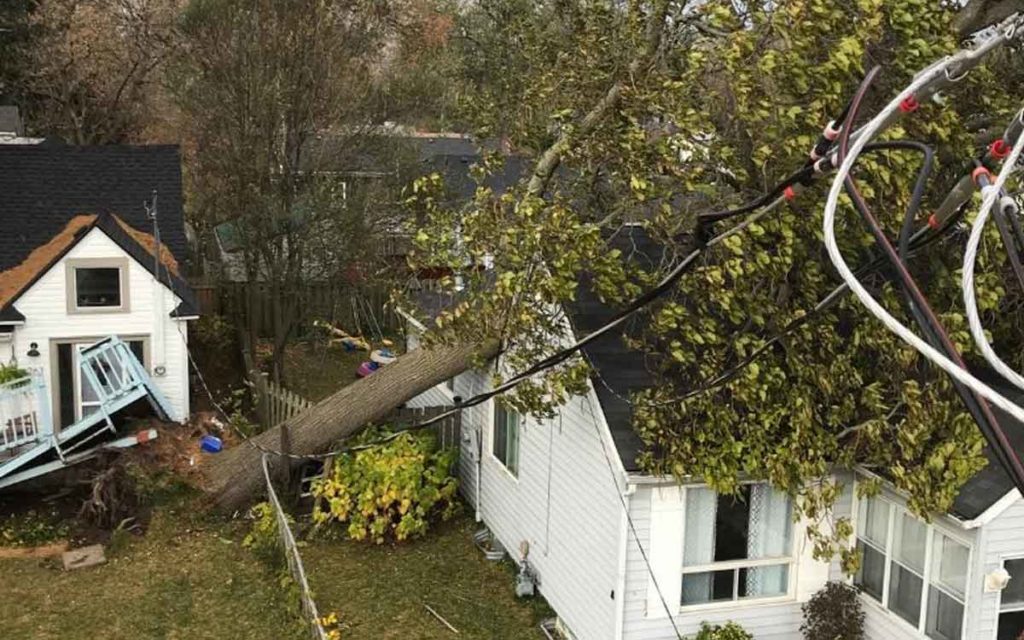 A large tree was uprooted and fell on a home as a result of the recent wind storm in Niagara. Supplied photo.

The high winds that battered Niagara communities did some significant damage over the weekend. In fact, at time of publication there were still about 30 homes without power in south Niagara.  Port Colborne and Fort Erie were hardest hit by the storm and many properties suffered significant damage.

Larry Vaughan, president of Ground Aerial Maintenance Services Ltd. said his crews have been working around the clock with other utility companies to restore power as fast as possible. Vaughan’s team were first called out around 10 p.m. Thursday night. He said there were a large number of uprooted trees, broken hydro lines and hydro poles snapped in half. Between the various crews there have been about 80 workers running around the clock. By law, in an emergency situation crews can only work a maximum of 16 hours in a row before having to take eight hours off.

John Kempt of Ground Aerial Maintenance has been out with the crews for the past several days and says it’s one of the worst situations he’s seen in his career. “This is a pretty significant one,” said Kempt when asked where the damage of the recent wind storm ranks in his experience. “The only one that beats this is the October 2006 snow storm.”

Vaughan said one of the contributing factors to so many massive, healthy trees being knocked over is the wet ground due to all the rain. “The ground is so saturated that the wind is just pulling the roots right out of the ground. When the trees come down they have to land on something and it’s usually a hydro line or a home,” said Vaughan. 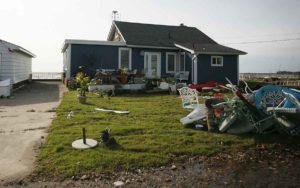 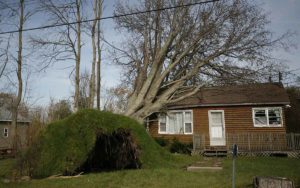 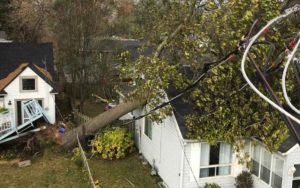 Kempt and Vaughan said not only is repairing downed hydro lines dangerous work in its own right but when you add to that the elements of wind, rain and cold as well as the not very smart and selfish actions of residents and the work becomes even more risky.

A lot of streets were blocked off so crews can fix the hydro lines that were laying across the road and yet Vaughan said crews witnessed a number of cars just drive around the barricades and then proceed to drive up onto the sidewalks to avoid the hydro line  in order to get to where they needed to go. “It’s just a real disregard for their own safety and for the safety of the workers.”

The other danger to workers is people using backup generators to restore power in their own homes. As Vaughan explained it, residents will hook up a generator to their wall socket but if the home owner doesn’t open the main breaker that energy goes through the panel to the meter then back out to the street and runs backwards through the transformer. “And now 120 volts turns into high voltage,” explained Vaughan. “It can be deadly to service personnel.”

In Niagara Falls, the severe weather conditions also caused the iron scow, which has remained remarkably lodged in the powerful upper rapids above the Canadian Horseshoe Falls for over a century, to shift significantly from its position.

The scow has turned its position and has shifted down river toward the Falls; it remains lodged in the upper rapids. Despite considerable deterioration over the years, the scow, which was the site of a heroic rescue of the two stranded men aboard, has miraculously clung to its perch in the upper Niagara River since breaking loose from its towing tug on August 6, 1918. 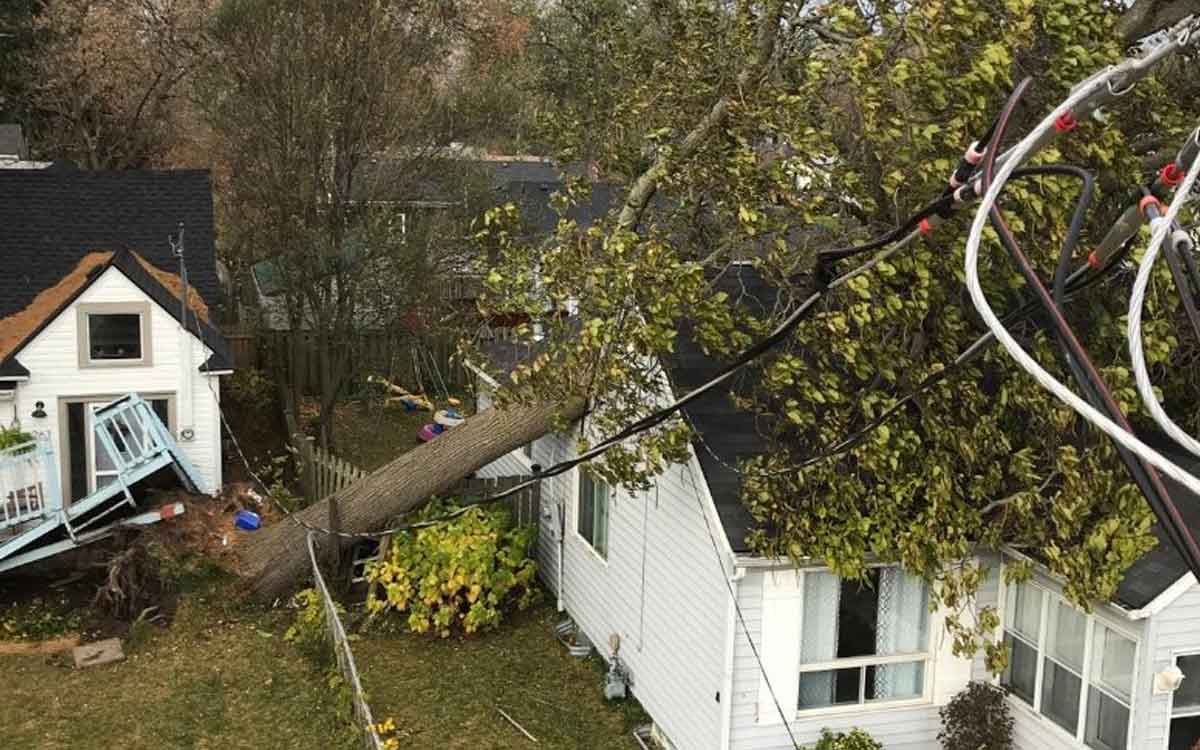