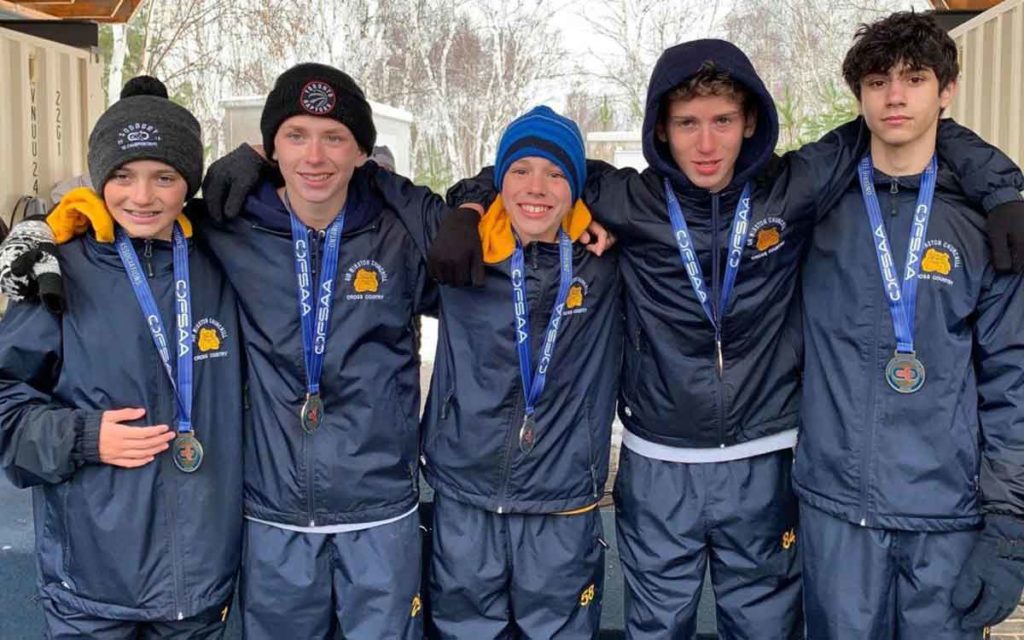 There were nearly 300 high school student athletes braving the cold wind and the slippery snow covered trails in Sudbury at the recent Ontario high school (OFSAA) cross country championships. In the end, it was St. Cathairnes’ own Sir Winston Churchill Bulldogs that captured the novice boys gold medal and the overall boys title while also showing a very strong performance on the girls side. The Bulldogs finished just one point away from the combined championship taking home silver.

The Bulldogs, coached by Benny Ralston, have been a consistent top cross country team since the late 80s. Team is the key word according to their current coach. “Cross country is all about team work. Sometimes kids come to us from track clubs where they race as individuals but to their credit they buy into the team program quickly.” Ralston pointed to Eric Campbell as an example. Campbell is one of the top runners in the country for his age but Ralston said he was always a team-guy first. “He did a great job going from an individual track athlete to a cross country teammate,” said Ralston.

The Bulldogs’ coach said the excellent showing at the Ontario finals is made even more impressive but the number of top quality teams. “There’s really five or six teams that could win and it’s literally seconds that can make a difference of winning a medal or not.”

In fact while some schools see their cross country teams as just one team, Sir Winston always makes a point to refer to them as six different teams. “High schools wouldn’t say they have just one basketball team so I believe the same should be said about our sport.”

Ralston, who owns Runner’s Edge in St. Catharines, has been coaching at Sir Winston since the mid-90s and along with those who came before him, have built an impressive program that has won numerous Zone, SOSSA and OFSAA championships. “I’ve got great kids in the program. They may not go on to the Olympics but it’s cool to see them grow into adults and become doctors, lawyers, engineers and other professionals, that’s impressive. They still come by the store to say hi when they return home to visit family,” said Ralston.

Over the years a number of Bulldogs have received athletic scholarships from American colleges or have gone on to great cross country careers at Canadian universities. Ralston said the running world in general is a very generous and supportive one. “You don’t see that in many other sports.” 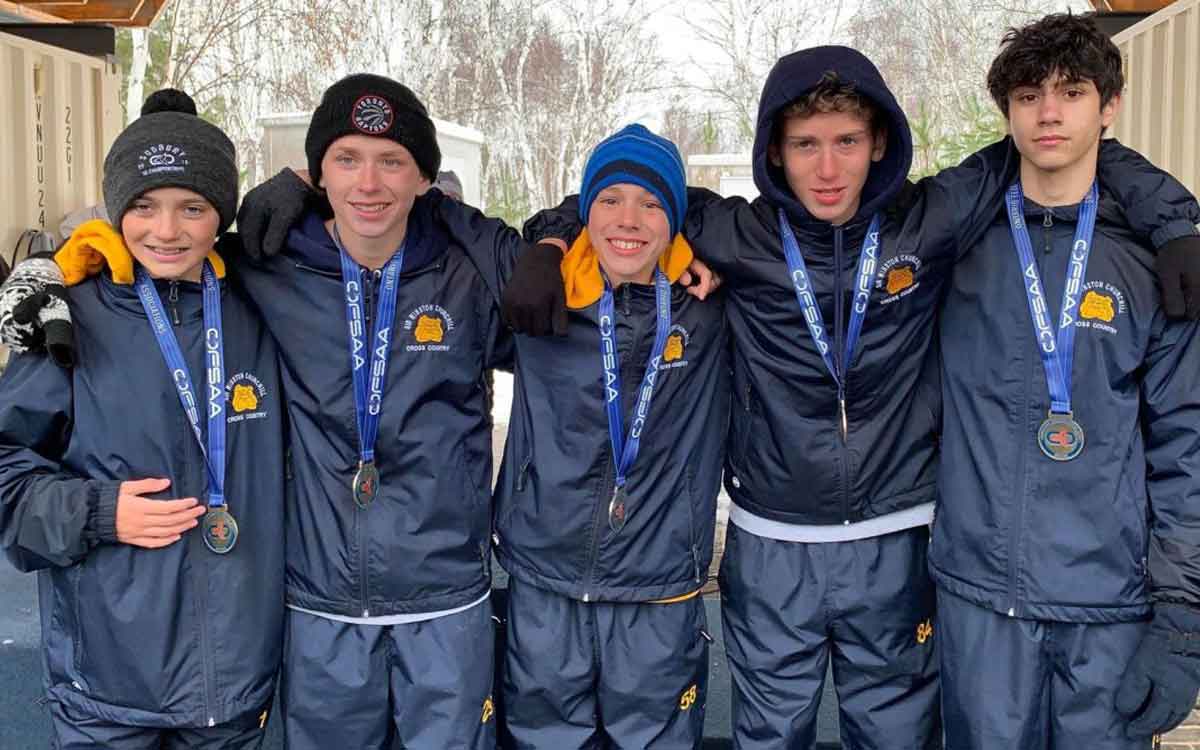