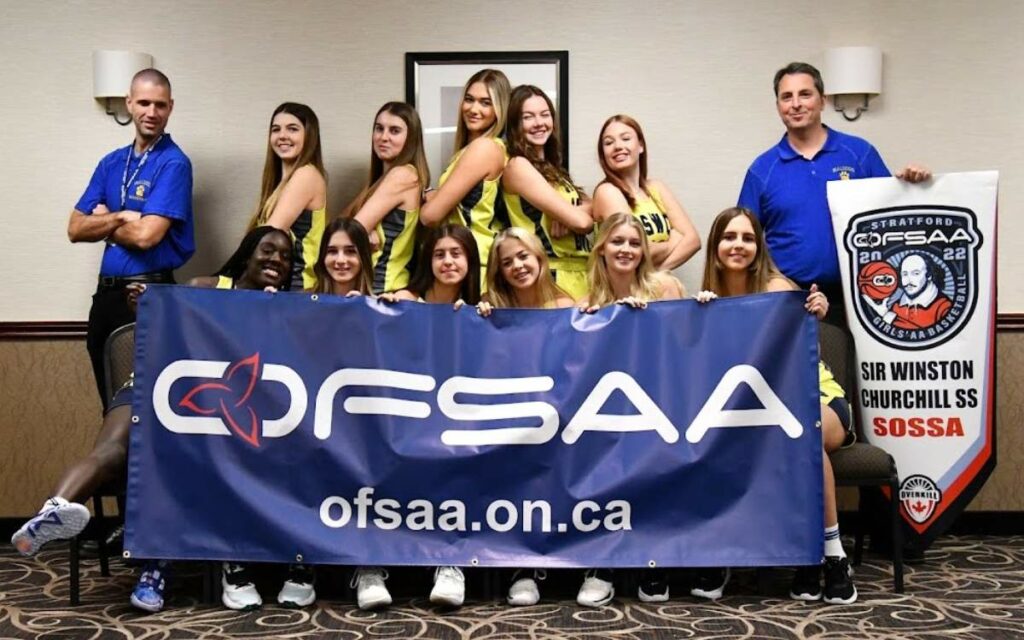 The Centennial Cougars gave the Bulldogs a test in the gold medal game, but the eventual-champs weren’t to be denied, scoring a 46-34 victory over their Belleville challengers.

The team was led by head coach Frank Keltos, father to top-scorer Brookelyn. A native of Buffalo, New York, Keltos has been coaching high school basketball for two decades. Frank’s oldest daughter Sam is a prolific basketball player in her own right, having played collegiately for Brock University before moving onto a professional career in Australia this past March.

The Bulldogs senior girls ended the year with an overall 28-3 record, with two of their losses coming by way of perennial powerhouse and OFSAA AAA champion Cathedral Gaels from Hamilton.

This is the second OFSAA medal for the school’s senior girls basketball in two years. The Bulldogs took home bronze as AAA tournament hosts last year.