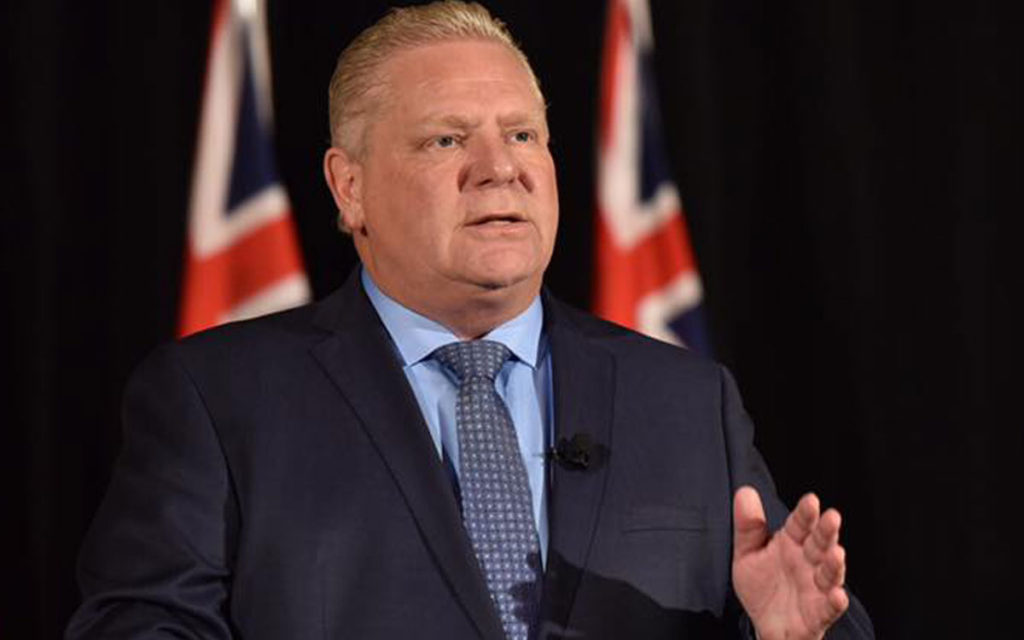 The Canadian Taxpayers Federation looks at six things that the Ford government could do to earn the trust of Ontario’s citizens.

Something needs to be done to repair the breach of trust between Ontario’s citizens and our political leaders. The new Ford government should take tangible steps early in their mandate to restore public trust. Accountability reforms are best made in the early days of a government, when idealism is high, and self-interest low (or at least lower). Here are six accountability reforms that the new Ford government should implement:

Ontario voters don’t trust what politicians say about the state of the province’s finances. And for good reason. Under the last government we saw the Auditor General call the government’s accounting practices “bogus,” and that the government was understating the budget deficit by $5 billion. We also saw more and more government borrowing shifted off the books so the last government could claim an improved financial position, even though the real numbers were still terrible.

The commission of inquiry and “line-by-line” audit promised by Premier Ford are a good start. But uncovering past misdeeds does nothing to prevent future misdeeds.

Premier Ford should introduce “honesty in budgeting” legislation that requires the government to use generally accepted public sector accounting standards, so that the kind of chicanery we saw under the last government cannot be repeated.

Premier Wynne had the lowest popular support of any premier in the country, with her poll numbers bottoming out at 12 per cent, many months out from the election. Premier Wynne had a seat projection during the campaign as low as one seat, yet the government was still enacting policy. During the election period, the government still granted regulatory approval to unpopular new renewable energy projects.

To improve accountability, Premier Ford should introduce recall and referendum legislation. British Columbia has both citizen-initiated recall and referendum legislation. When an unpopular policy is proposed in BC – like the HST – citizens can collect signatures and initiate a referendum. And when politicians are acting inappropriately, voters can collect enough signatures to force a by-election.

Recall and referendum legislation would help improve the accountability of our politicians, and Premier Ford should introduce these mechanisms early in his mandate.

These Wynne-era reforms need to be revisited.

The unconstitutional laws limiting the speech of citizens (known insultingly as “third-parties”) needs to be removed. Ontarians and the organizations they support should not be muzzled from engaging in public policy debate.

The restrictions on corporate and union donations should also be revisited. While they give the appearance of limiting big business and union influence on elections, the reality is they have the effect of masking it. Union leaders and corporate executives still make contributions under their own names, but their names are not known to the public, and the public can no longer easily look up if that company or union was supporting a particular politician.

The better approach is for the Ford government to require timely pre-election disclosure of political donations. The Elections Ontario website is never up to date and difficult to navigate. Improving this disclosure and access would go a long way to improving transparency.

Under the Wynne government, companies and individuals with political connections benefited from taxpayer money. Ontario taxpayers gave $163 million to the Liberal party’s biggest donor, Ethanol-maker GreenField Specialty Alcohols. The Liberal chief of staff for the minister of the Environment took a new job with electric vehicle manufacturer Tesla, and almost immediately the taxpayer subsidy for the purchase of a Tesla increased dramatically. And $3 million in taxpayer money was handed over to the company run by the Wynne campaign chair for polling contracts.

Companies should not be able to get a taxpayer-funded edge over a competitor because of political connections. The best way of dealing with this is to end the practice of corporate welfare completely, so that companies survive and thrive on their own merits.

A study by the Canadian Taxpayers Federation found that between 2009 and 2016, 33 per cent of failed Liberal candidates from by-elections between 2009 and 2016 were appointed to various ABCs. The proliferation of these ABCs in Ontario makes it possible for politicians to hand out taxpayer-funded appointments to losing candidates as consolation prizes, or reward party loyalists with taxpayer-funded jobs.

Every single party is tempted by patronage. Premier Ford has already taken heat for firing Liberal appointees as soon as he took office, and appointing party stalwarts to high paying gigs. But for all the howls of unfairness, it’s a dead certainty that the other parties would behave the exact same way.

The best way of addressing the problem with patronage is to review all agencies boards and commissions for relevance and dramatically cutting back their number and size.

However, the Ontario government’s freedom of information process is terribly antiquated. The major Ontario ministries do not have online forms or take credit card payment. It’s true that governments are notoriously bad at contracting for technical upgrades (see the boondoggle of the federal government’s Phoenix pay system.) But even the federal government has managed to streamline their access to information process and a number of federal ministries now have online forms and payment.

Premier Ford can improve transparency and accountability by providing for the electronic filing and payment of freedom of information requests.

Christine Van Geyn is an Ontario Director for the Canadian Taxpayers Federation.