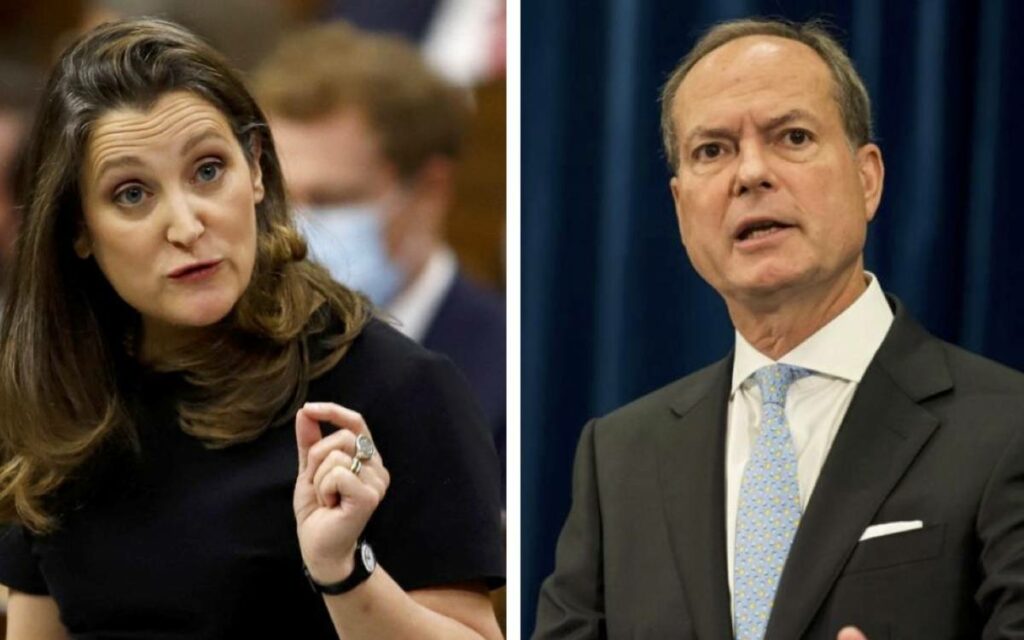 Canada’s and Ontario’s respective finance ministers Chrystia Freeland (left) and Peter Bethlenfalvy (right). The federal Liberals present their budget Thursday, while the provincial PCs will do so by or before April 30. Photo credit: Reuters/Patrick Doyle and The Canadian Press/Christopher Katsarov

Hold on to your wallets, Canadians. It’s government budget season, and the big spenders appear to be holding sway. The federal budget will be presented this week and is expected to be yet another spend-fest. This is partly due to the recent Liberal-NDP non-coalition, coalition government, but also represents a continuation of what probably would have happened anyway with the current Liberal government’s fondness for handing out other people’s money. As is always the case, the federal budget will be followed by provincial government budgets shortly thereafter.

So-called “austerity”, which is supposedly a bad thing but really means sensible, affordable budget practices, has seemingly gone out of style for governments of all political stripes. It’s pretty ironic to recall that the last government in Canada to truly practise austerity was the federal Liberal government of Jean Chretien and Paul Martin, who were forced to do so as the country was teetering on the edge of bankruptcy in the mid-1990s.

Whether it’s a legacy of the pandemic or just a belief in magical thinking, it seems that many Canadians believe that runaway government spending is a good thing despite the lessons of history. The reality that a growing percentage of Canadians do not actually pay taxes on a net basis is undoubtedly a big factor as well.

Perhaps we have also forgotten about the many virtues of balancing a government budget, not the least of which is to avoid paying tens of billions of dollars annually to finance large debts – billions that could be going to much-needed tax reductions and better quality public services. Hopefully we can be reminded of those virtues soon, as emergence from the pandemic should permit some provincial governments to reach budget balance if they have the will to do so.

Alberta recently announced a balanced budget, and although that province has the benefit of a windfall of tax revenue from a surging energy sector that other provinces lack, the United Conservative Party government also exercised some spending control to achieve that end. Although the federal Liberals clearly disdain the Canadian oil and gas industry, the industry’s current revenue success and increased taxes paid will help the federal balance sheet which the Liberals will likely perversely claim credit for in this week’s budget.

A recent Fraser Institute study showed a path to budget balance exists for the Ontario government as well. This study noted that the debt-to-GDP ratio for the province was currently the worst it has ever been, notably as a consequence of the former big-spending governments of Bob Rae’s NDP in the early 1990s and the McGuinty/Wynne Liberals from 2003-2018. What was especially relevant was how those governments responded following the recessions that occurred when they were in power, in that they did not bring spending back into line more quickly following those recessions.

During the Rae tenure, higher debt interest (stemming from the surge in debt in previous years) largely offset the reduction in program spending following the early 1990s recession, demonstrating yet again the pernicious and enduring impact of carrying large amounts of debt. As a result, total spending remained high at a level close to its recession-era peak until the end of Rae’s term.

A similar trend took place following the 2008-2009 recession, when the then-Liberal government also did not scale back spending even though the economy was recovering, adding to the cumulative debt. Over the past couple of years, the Covid-19 pandemic certainly didn’t help the fiscal situation as provincial government spending necessarily increased to deal with the extraordinary needs of that crisis.

Now that we are hopefully coming out of the pandemic, the Fraser Institute study shows that if the Ford government can bring spending back to the level that prevailed in the Wynne years, they could achieve budget balance in the 2022-23 fiscal year. As the Wynne government was hardly characterized by spending prudence, this should not be that difficult as the economy recovers and government revenues increase. Once a certain level of spending is built into government, however, it is very difficult to reverse despite the fact it is no longer needed. Yet this is exactly why government spending control in a post-recession period, pandemic or not, is vital to achieving the longer-term fiscal balance that is so beneficial to taxpayers and the economy overall.

It’s well documented that the key reason big-spending government regimes always ultimately fail is that they drive away productive businesses and individuals as the costly weight of taxation overcomes an economy’s ability to pay for it. In Canada, a majority of provinces currently have income taxes that exceed 50 per cent for earners making over about $215,000, which basically includes the professionals, business owners and others that create jobs and drive productivity. Government taking more than half of what anyone earns is inexcusable. The top 20 per cent of income earners in Canada currently pay about two-thirds of all income taxes and many politicians believe they should pay more so governments can further increase spending. But how much is too much, and when will the tipping point be reached?

Let’s hope we’re not about to find out. 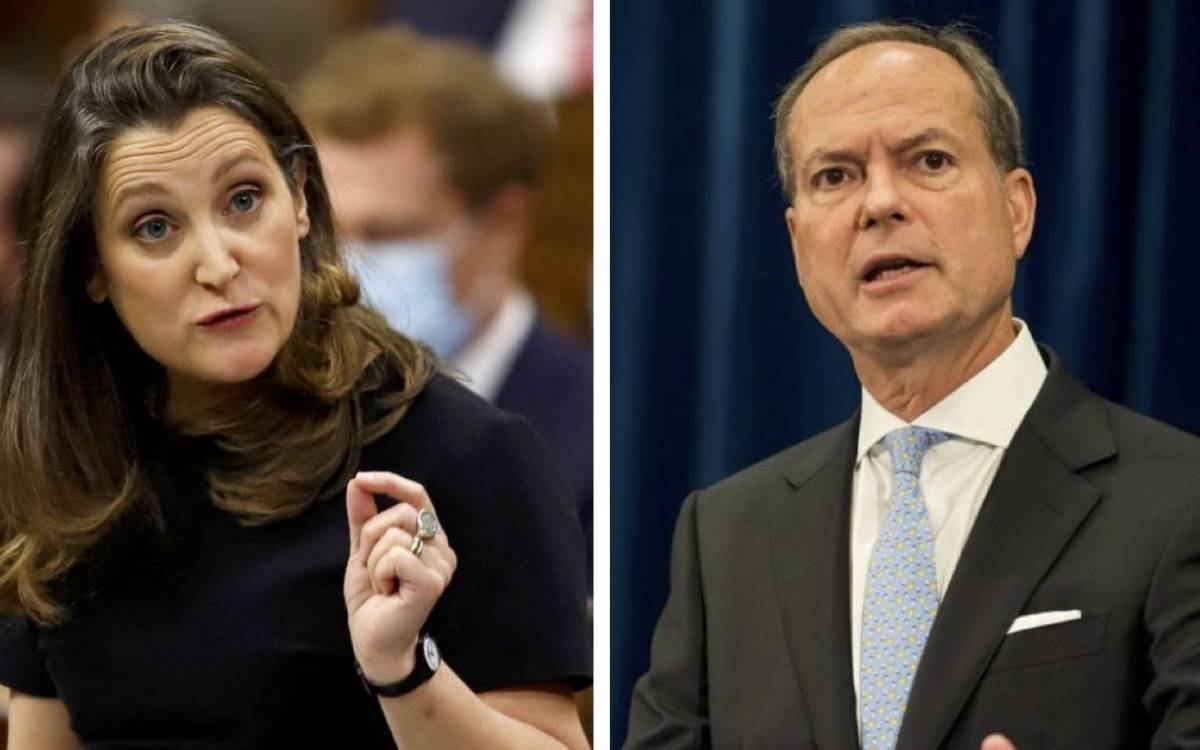