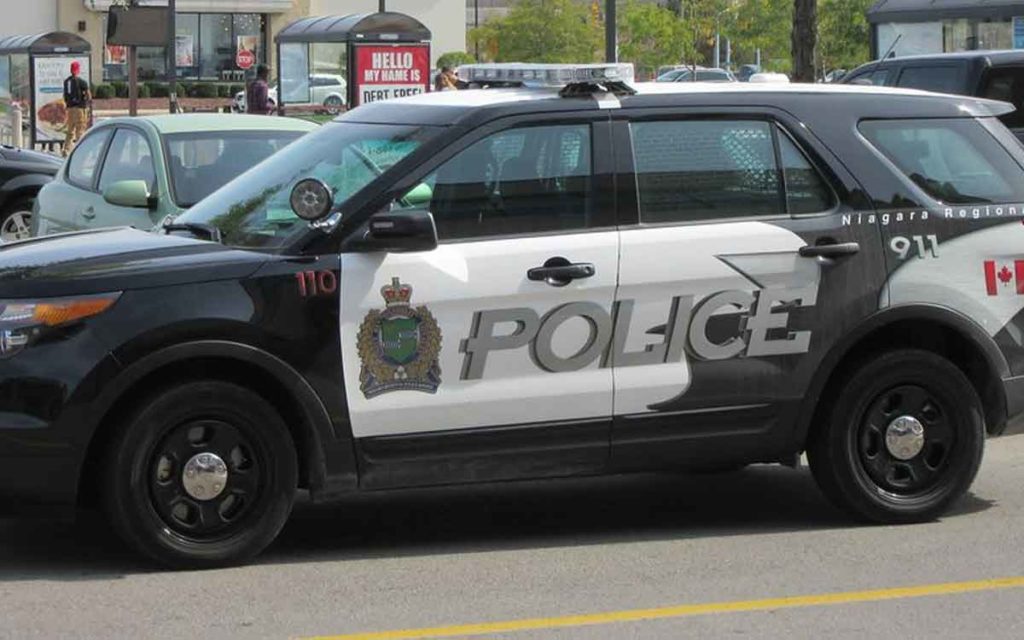 Earlier this week St. Catharines City Council opted to call on the Niagara Region and the Police Services Board – the civilian body that oversees the Niagara Regional Police – to “re-assess ‘adequate policing” requirements.

This motion was on the heels of a motion the city passed earlier this month calling for the decriminalization of personal possession of illicit drugs.

The call specifically asks for the NRPS and Board to “re-assess ‘adequate policing’ requirements based on removing welfare checks, mental health, and suicide threat calls, as well as foot patrols that are only demanded because of perception.”  It also asks the Niagara Region to re-allocate the savings to a civilian service such as the EMS, Niagara’s ambulatory service.

The composition of the seven person Police Services Board is determined by the Niagara Region, which appoints four of the positions with the remaining three appointed by the Government of Ontario.  The Niagara Region is the primary source of funds for Niagara’s police service.

Council’s decision represents an about face for the City of St. Catharines and particularly, Mayor Walter Sendzik and its preferred level of policing in St. Catharines.  In October 2018, the previous Council including Sendzik – who was an outspoken proponent – had called for an increased police presence in the downtown area, including foot patrols.

Other initiatives that Council also opted to support included the establishment of a “purely civilian” oversight body that bars former police officers from participating; the release of race and hate-crime related data; requiring officers to intervene in instances of excessive use of force; require the consideration of an officer’s use of force during their performance reviews; the publishing of race and hate-crime related data, and increased training for officers in the areas of diversity, mental health and anti-racism.

Council narrowly gave the thumbs down to several additional proposals before them.  Ending street checks, commonly known as ‘carding’ and the recommendation for the police service to sell its armored rescue vehicle and ban the use of tear gas or other agents against protesters were both lost on a tie. Local politicians and activists continue to refer to the rescue vehicle as an “armoured tank” a point the Chief was quick to correct. “It’s not a weaponized piece of equipment,” explained the Chief. “It is a mobile piece of safety equipment that I feel I am obligated to provide to our members.” He explained that the rescue vehicle is used in very high-risk scenarios to not only protect officers but members of the public who are in grave danger.

The vote on recommending the use of body cameras by police officers was also defeated by one vote.

When asked by Councillor Kevin Townsend whether the police force was “bombarded with complaints from civilians,” MacCulloch answered in the negative.  He noted the service receives about 100 public complaints per year with a “large number” of the complaints being deemed vexatious by the Office of the Independent Review Director, the provincial body that oversees and manages all police complaints in Ontario.

Councillor Greg Miller’s comments included reference to a growing police budget over the past several decades.  MacCulloch responded by noting the force has increased by 176 members since 2000 to deal with the increased demand, complexity, population and expectations that are being placed on police services through legislation.  He also noted the financial impacts of the collective bargaining and arbitration processes. 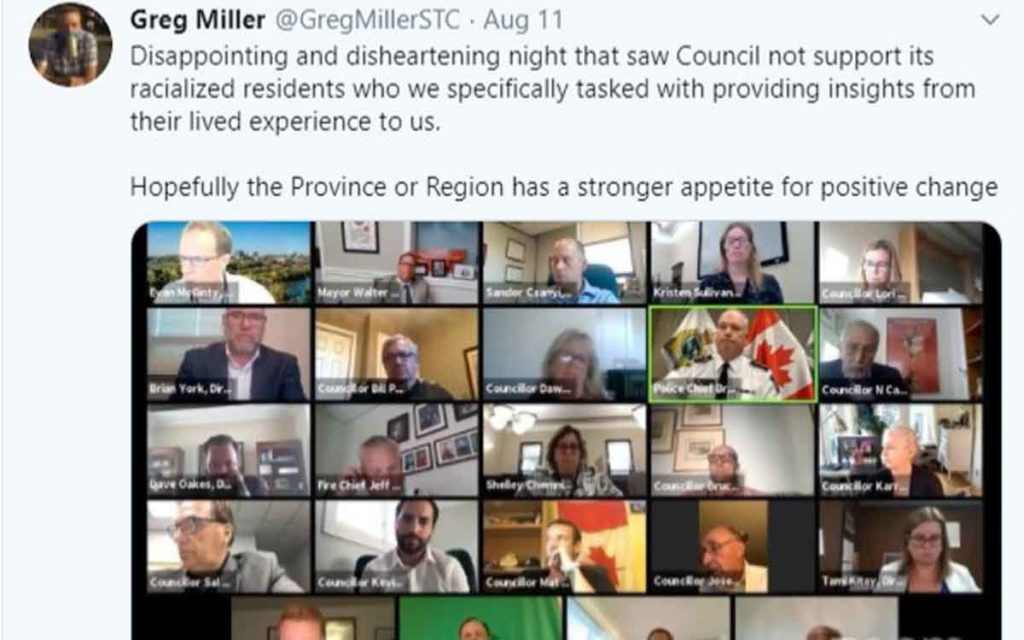 Miller took to Twitter following the meeting to voice his displeasure with some of his council colleagues, saying in part, “Hopefully the Province or Region has a stronger appetite for positive change.”

The recommendations originated at the City’s anti-racism advisory committee.  The committee consists of 10 individuals and is led by Chair Saleh Waziruddin.

Waziruddin has previously run as a candidate for the Communist Party of Canada. 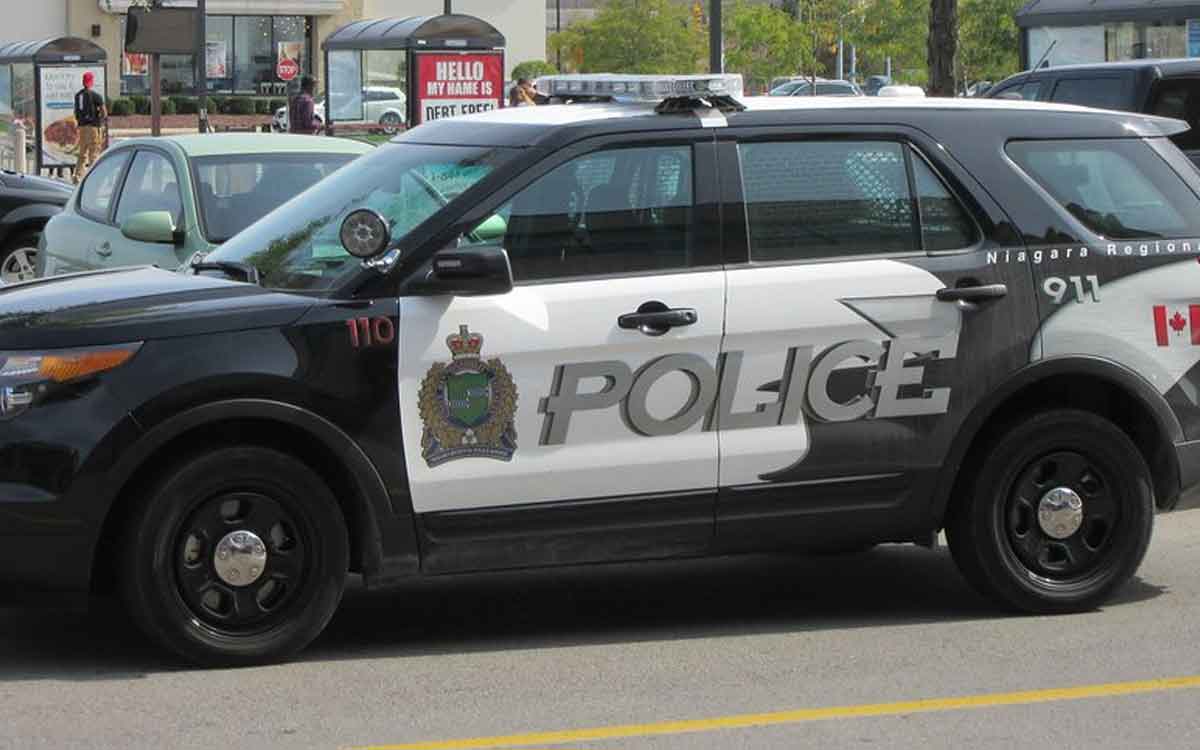