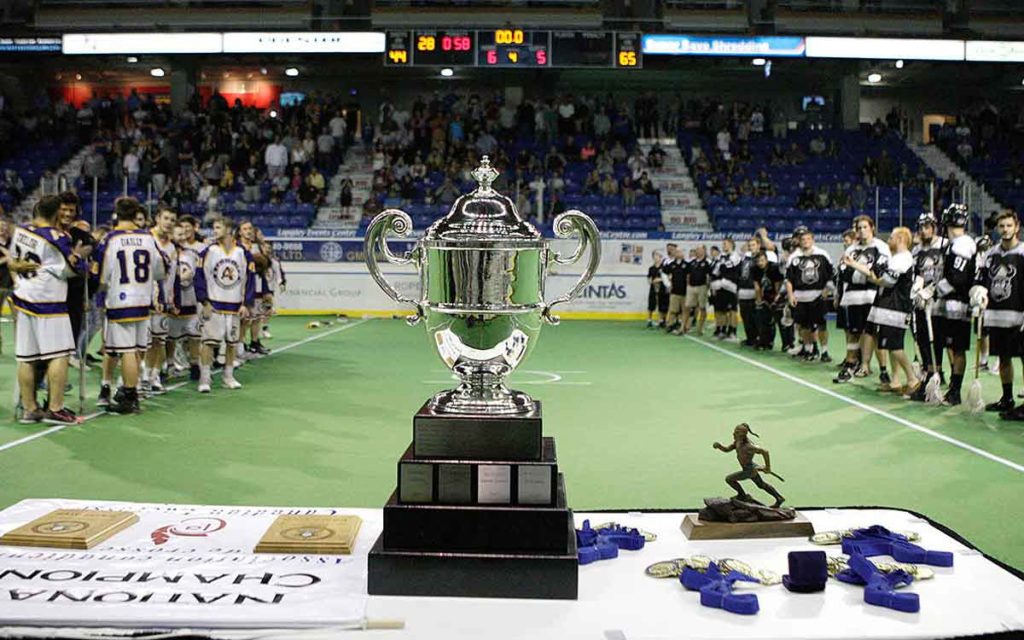 The Minto Cup is award to Canada’s best Jr. A Lacrosse team.

It’s called the Memorial Cup of Lacrosse, and it’s coming to St. Catharines this summer.

The 2020 Minto Cup – the Canadian Jr. A Lacrosse Championship – has been awarded to the St. Catharines Jr. A Athletics.

The Athletics have been around since 1877, and the Minto Cup since 1901 when then GovernorGeneral Lord Minto donated it.

The A’s were bidding for this year’s national championship against Brampton and Mimico as Ontario would serve as the host in 2020.

Minto Cup Committee member, and vice-president of St. Catharines Minor Lacrosse, Dan Pilon was part of the winning bid put forth by the Jr. A Athletics, the City of St. Catharines, and the 2021 Canada Summer Games committee.

“There is so much credit to go around. It starts with all the municipalities for funding the Canada Games,” explained Pilon who recently joined the Niagara Sports Report on 610 CKTB.

“With the actual bid itself there was a ton of people around the table, the Canada Summer Games staff was hugely instrumental in helping along with the junior A board.

We had great support from all the other minor (lacrosse) associations in Niagara – Fort Erie, Niagara on the Lake, Pelham and Lincoln, and the Ontario Lacrosse Hall of Fame and Brock University’s lacrosse team.

And nothing gets done without the right leadership. Mayor Sendzik and his staff, Doug Hamilton (Canada Summer Games Chair) and his staff. Lots of hands involved make for easy work, and there was a lot of people that had their hands in this.”

The 2020 Minto Cup isn’t the only national championship the Garden City will be hosting this summer. Part of the bid included the hosting rights for the U-16 boys and girls nationals, and yet another trial event for the 2021 Canada Summer Games which comes to Niagara next August.

With the Minto and U-16’s, upwards of 2,000 lacrosse players and coaches will descend on St. Catharines and Niagara from Friday August 14 to Saturday August 22.

“The involvement from the Canada Games side is really about the legacy, it’s not just about one event,” Pilon added.

With the U-16’s, every province and territory will be represented as the week long championships will be played out of the Seymour-Hannah Sports and Entertainment Centre.

Practices will be held at Jack Gatecliff Arena.

As for the Minto Cup, it will be played out of the Meridian Centre in downtown St. Catharines with the Athletics, Ontario Champion, British Columbia and Alberta champions competing in a round robin type format with the top two teams playing a best of three final to determine the Canadian Jr. A Lacrosse champion.

St. Catharines last hosted the Minto Cup in 2001, and last won in 2003. The Athletics are six-time national champions.

The Orangeville Northmen are the defending champions after sweeping the Victoria Shamrocks in three straight games in what was a best of five championship last season. 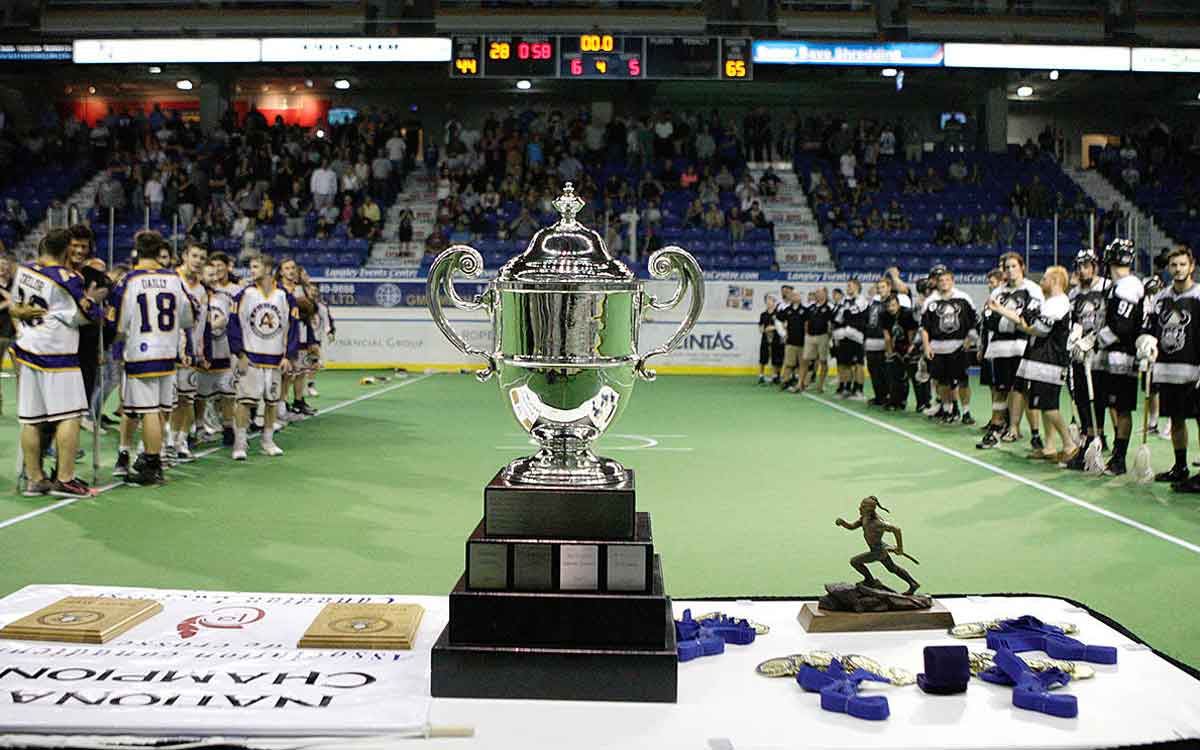