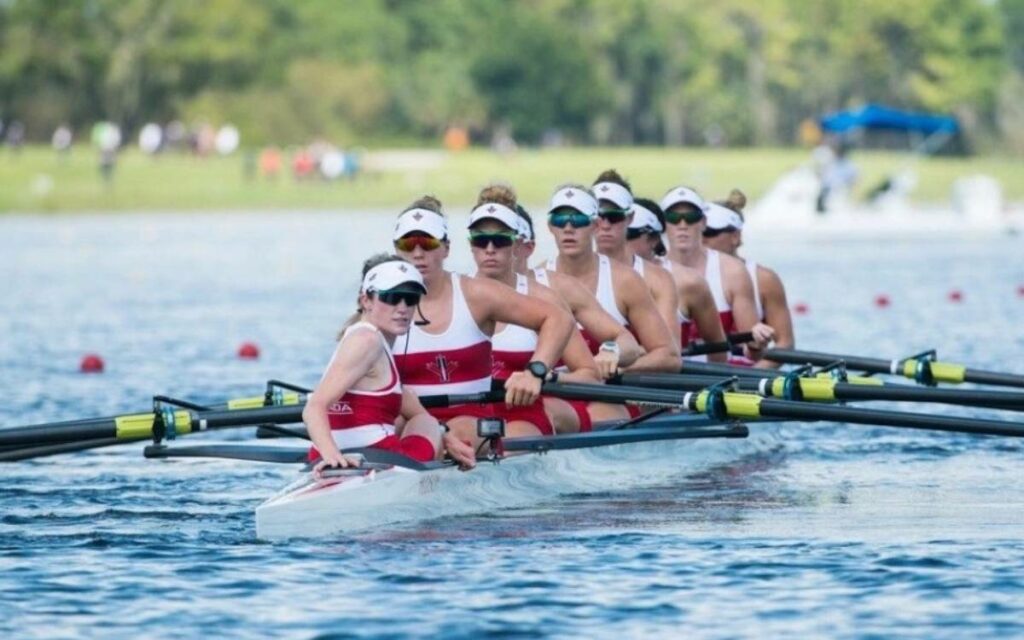 Her resume speaks for itself, but one thing is missing: an Olympic appearance.

That last accomplishment can be, and will be, checked off this year for Kristen Kit.

The Canada Rowing coxie will lead the women’s eight into Tokyo, Japan for the XXXII Olympic Games this summer.

“I first start laughing because I actually don’t hear them read off like that normally, so I’m a bit embarrassed, but proud of course,” said Kit when asked on the Niagara Sports Report on Newstalk 610 CKTB — ‘when she hears of those accomplishments what stands out the most?’

Hoping to look to build on that in about 47 days.”

Rowing was first introduced in Grade 9 to Kit, who was more interested in Cross Country and Track and Field at the time.

During the Niagara Sports Report interview Kit received a special call from Jane Roos of CAN Fund.

“I have a charity called CAN Fund that I started,” Roos explained. “I actually was an athlete myself, and I was in a bad car accident many years ago that ended my athletic career. I did Track and Field.

I started this charity that would allow Canadians to donate and support athletes on their journey.

A few years ago we started a program called CAN Fund #150Women, and its women across the country giving 150-dollars or more, and this donation goes to female athletes, and today I would like Kristen to become a 2021 CAN Fund #150Women recipient — meaning she’ll receive $6,000 from women across the country that are backing her on this final prep to Tokyo.

“I’m just over the moon,” said an ecstatic Kit. “I wasn’t expecting this at all. I didn’t know this was going to happen.”

After containing her shock and excitement, Kit quickly composed herself and offered this heartfelt explanation as to what it all means to receive the funding:

“It means a lot. Women in sport, we have to stick together, and I feel a lot of pride to know that Canada has my back — especially women.

That’s really, actually, what motivates me. The days I don’t want to be in the boat, it’s the next generation and also previous women that have come before me.

What Jane and her charity does is pretty phenomenal. She works tirelessly to support our dream. [This] really is a game-changer.

And I must admit I do feel the love from Niagara.”

To find out more about CAN Fund, and helping Canadian athletes reach their Olympic goals like Kristen Kit, visit mycanfund.ca