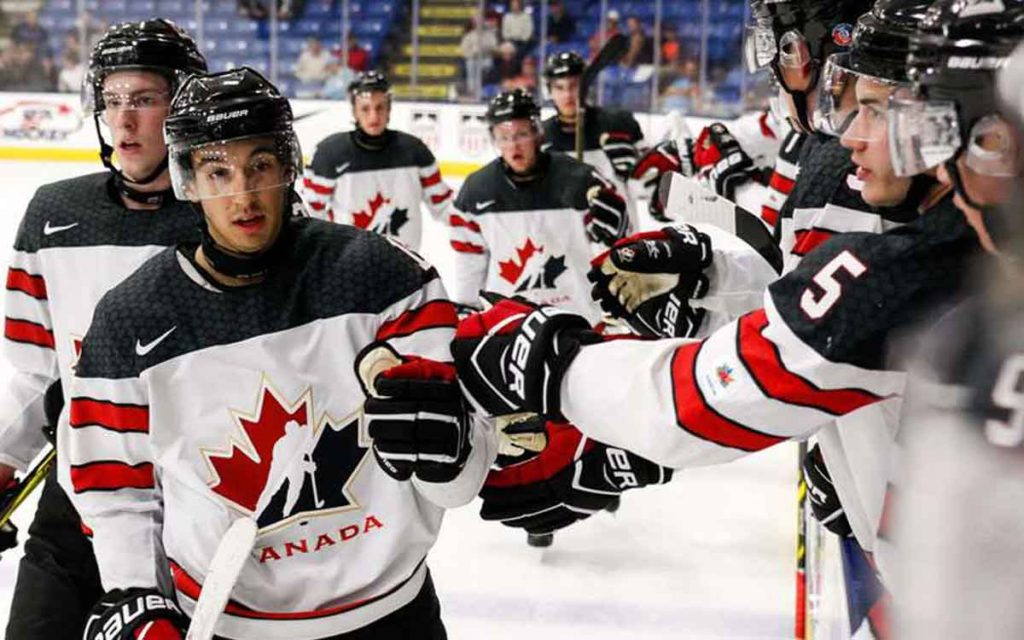 Gold medal defenders usually get a good draw in the following years tournament and this year in Vancouver proved no different for Team Canada.  Canada started the tournament with an overwhelming defeat of an overmatched Denmark squad.  In the 14-0 affair, 18 of Canada’s 20 skaters hit the scoresheet.

Sault Ste. Marie Greyhounds centre Morgan Frost led early on with a quick hat trick.  He ended the game with 3 goals and two assists.  Max Comtois, expected to lead this team in all aspects, didn’t disappoint as he followed up Frost’s hot start with four goals of his own.  His linemate, the very slick centre Cody Glass, had four helpers.  Evan Bouchard led the backend with three assists of his own.

While he didn’t face many shots, just 14 in all, starting goalie Mike DiPietro was perfect throughout the night pitching the shutout.  “It was a game where I made as many saves as our team had goals, it was crazy”, said DiPietro.

Frost was named Canada’s player of the game.  Upon the announcement, the crowd chanted “Frosty, Frosty, Frosty,”.  “It was the coolest moment I’ve ever been a part of. I had chills running through my body,” Frost explained. “It was pretty crazy.”

Game one and goal one also revealed this years Team Canada ‘goal song’, a new tradition at the World Juniors.  Pitbull’s “Don’t stop the Party” is the song we’ll all hopefully hear often in the coming ten days.  “We wanted to get the fans into a party in the stands,” explained team captain Max Comtois.  “All of us went through a couple of songs but we picked that one in the end as a team”, explained Owen Tippett.

Game two on Thursday night was much more competitive.  Switzerland gave Canada a good challenge in the pre-tournament game, Canada having to work very hard for a 5-3 win.  So Canada was not surprised when the pesky Swiss, a team returning 14 players from its World Junior team of last year, gave Canada a good run in a game that Canada eventually won 3-2.

Canada opened the scoring at the 36 second mark with a goal from their top line scored by Cody Glass assisted by Max Comtois and Nick Suzuki.  But the Swiss held strong and no route ensued.  In fact early in the second the Swiss tied it on a powerplay goal and had Canada on the run.  If it weren’t for two brilliant saves by starter Ian Scott, the Swiss could easily have led.  But strong forechecking led to Canada’s second goal by Hamilton Bulldog Mackenzie Entwistle assisted by Shane Bowers.  That was followed by the first goal this tournament by a Canadian defenceman, as 18 year- old Noah Dobson of P.E.I. went five-hole for a 3-1 Canada lead after two periods.

With just 2.30 left in the third, Canada’s Nick Suzuki took a terrible tripping penalty 160 feet from his own net.  The Swiss pulled their goalie and scored on the ensuing 6 on 4.  But with 1.34 left the Swiss took a cross-checking penalty and Canada could have just held the puck for the remainder of the game.  But Cody Glass took a tripping penalty and the game ended on a 4 on 4.  The Swiss pulled their goalie for a 5 on 4 with 1.04 left but could not get the equalizer.

Of concern for Canada on this night was a weak powerplay that was 0 for 5.  The last five gold medal winners of this tournament also had the most effective powerplay in the tournament.

Up next for Canada is the Czech Republic on Saturday night.  Watch for very highly skilled and high-flying Martin Necas and Filip Zadina, two first round draft picks that can really light it up for the Czechs. 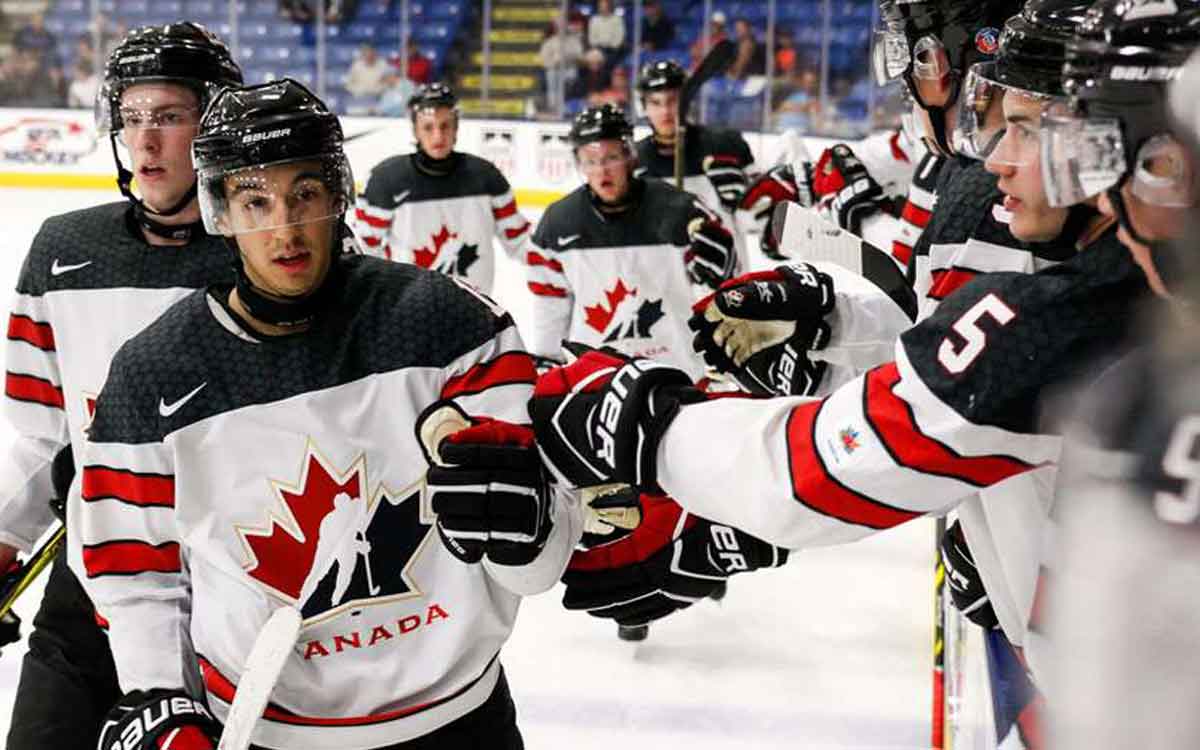