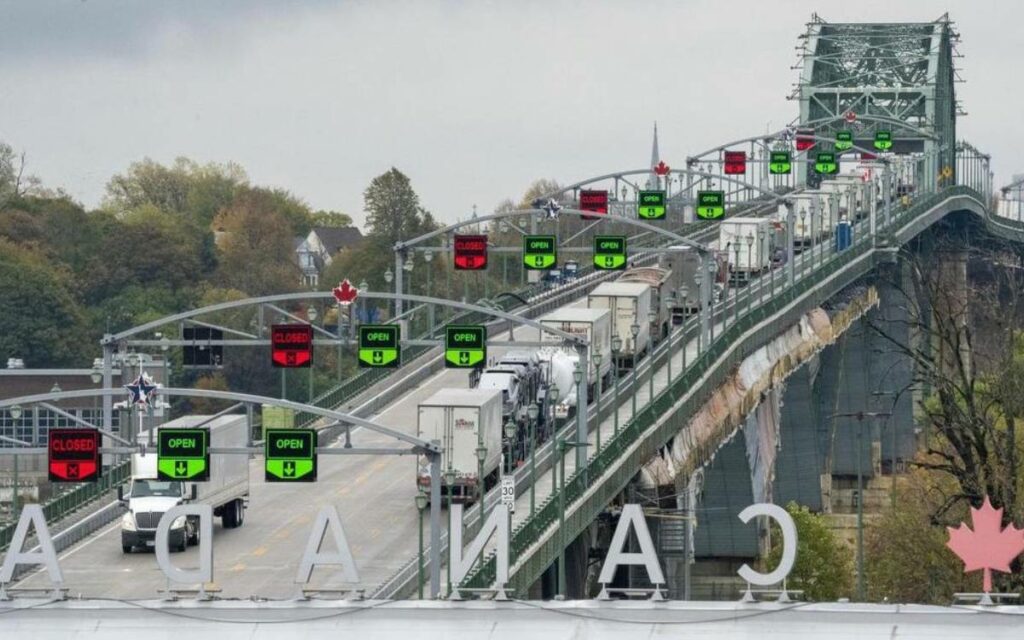 In the year before the pandemic, nearly three-quarters of all visits to the U.S. from Canada, about 32 million trips in all, were made by vehicle. A large portion of that traffic traversed Niagara’s four international bridge crossings.

According to the latest statistics provided by the International Mobility and Trade Corridor (IMTC) program, in 2019 the region’s four international bridges combined to make the Niagara River the most popular crossing point between Canada and the U.S. for almost all modes of non-commercial travel.

Per IMTC data, that year well over 5 million personal vehicles, buses, and pedestrians crossed from Canada into the U.S. at either Fort Erie or Niagara Falls, with Detroit-Windsor the only other crossing coming remotely close in terms of non-commercial volume.

Of course, all that changed in March 2020 when Canada and the U.S. mutually closed the two countries’ shared border to all non-essential traffic due to the onset of the COVID-19 pandemic.

The land border remained sealed for the better part of 16 months, before Canada welcomed back fully vaccinated Americans on August 9.

But according to Niagara’s two local bridge authorities, once the border reopens in three weeks there likely won’t be floods of deal-seeking Canucks backed up along the QEW or 420 on route to cheap beer and carbon tax-less gas – that is, unless travel procedures change.

“While we are happy to see some movement on border re-opening, the impact will be negligible until the requirement for a negative COVID test 72 hours in advance of entering or returning to Canada is removed,” said chair of the Peace Bridge’s regulating authority Tim Clutterbuck.

At current price levels, the cumbersome extra step could run a family of five, on average, around $1,000, with each test costing around $150-200.

“Notwithstanding that the U.S is opening the border to vaccinated Canadians without a negative COVID test, the cost and inconvenience of requiring a test upon returning to Canada will dissuade most Canadians from crossing the border,” said Clutterbuck.

While Canada has had the testing requirement for entering travellers in place for months, the recent announcement that the U.S. border was reopening its border and would not require fully vaccinated entrants take a COVID-19 test has brought the continued necessity of the pricey inconvenience into question.

“We do not expect to see a significant increase in auto traffic with the U.S. opening the border on November 8 for Canadians to cross into the U.S. as long as Canada continues with the testing requirement,” Bieger told The Niagara Independent.

“We are hoping that this testing requirement is eliminated and that proof of vaccine will be enough to cross the border.”

But despite pressure from both the public and public officials in Canada and the U.S. alike, the Canadian federal government remains obstinate.

Speaking to the CBC on Sunday, minister of public safety Bill Blair said that the country’s testing regimen has “proven to be one of the more effective” means of slowing the spread of travel-related infection and that the federal government intends to keep the requirement in place.

“Again, we’re continuing to evaluate it, and we’ll look at the experience in other jurisdictions. But right now, it’s been a very effective protection for Canadians,” Blair told CBC’s Rosemary Barton.

When pressed in a separate interview, Blair said keeping the measure in place was not an attempt by the federal government to discourage travel.

But the data, according to Chair Clutterbuck, indicate the testing requirement does precisely that.

“Our experience for the three months that Canada has allowed vaccinated Americans to enter Canada with a mandatory COVID test showed that the Peace Bridge achieved only 20% of its pre-pandemic traffic volume,” said Clutterbuck.

“With [the testing] requirement in place, the most we anticipate seeing at the Peace Bridge is 35% of pre-pandemic volumes.”

According to government data, of the 397,497 tests administered at the land border between February and July, a mere 0.2 per cent returned positive. 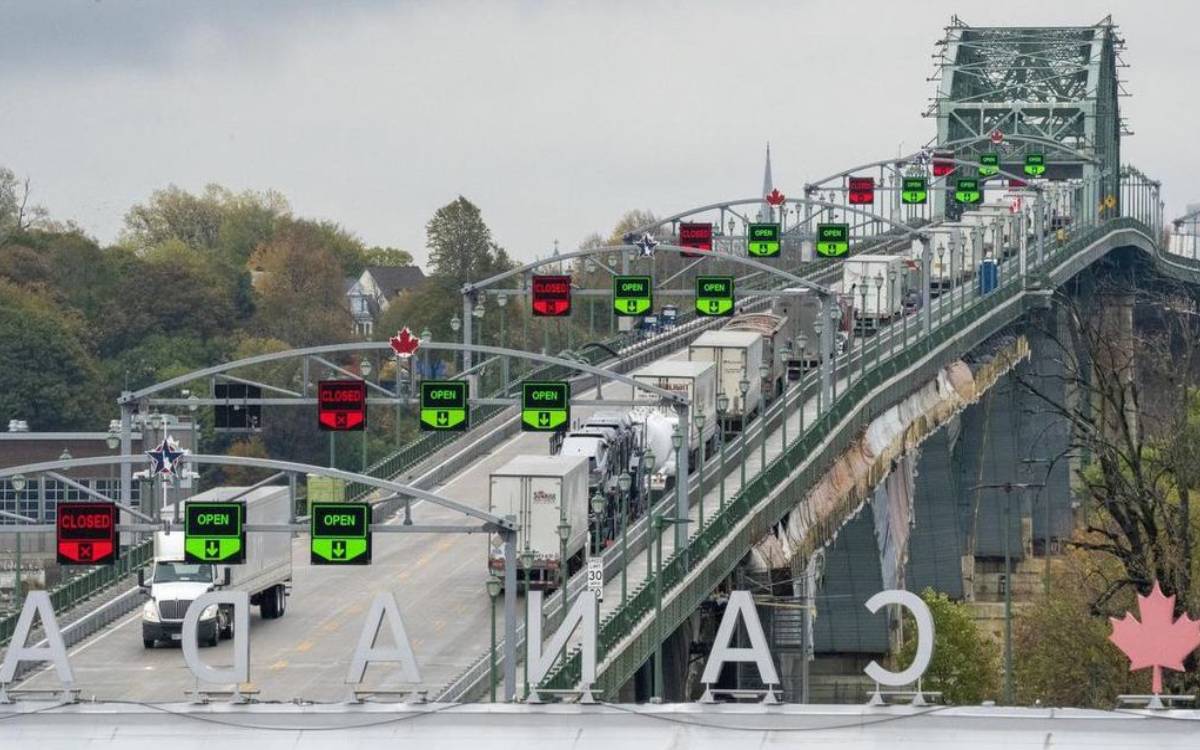