The battle for the soul of the Conservative Party 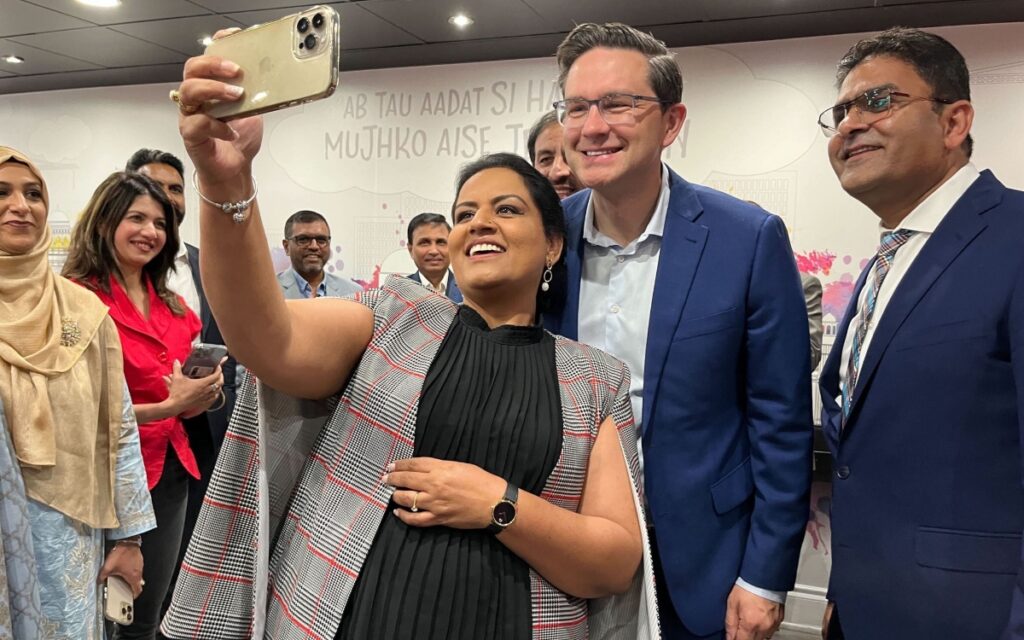 Whether it be front-runner Pierre Poilievre (pictured) or an unexpected contender, whoever earns the distinction of Conservative Party leader this weekend will face a number of defining challenges from the outset of his or her tenure regarding values, foreign engagement, economic recovery, and more. Photo credit: Twitter/Pierre Poilievre

The Conservative Party of Canada will select a new leader this Saturday, September 10. It will be the culmination of a lively yet divisive race. Erin O’Toole’s permanent successor will have a monumental task: unify the Conservative party before the next federal election.

Canada is an immensely complex country to govern. We have three founding peoples, various rich immigrant communities, urban and rural perspectives, as well as vastly contrasting (often competing) interests between the east, west and north. These realities require an approach to national politics that is specifically geared to the real challenges facing Canadian workers, families, and communities from coast to coast. The new leader, as well as the party at large, will need to present a clear platform to effectively address the key debates occupying the nation.

There is a dichotomy within Conservative circles regarding whether to adopt social conservative policies or embrace the spirit of the age. Andrew Scheer held traditional views on marriage and life issues and was shunned for them. Peter MacKay argued that the party must become more socially progressive to appeal to a wider swath of voters. Grassroots party members punished MacKay by choosing O’Toole, who branded himself as a true-blue Conservative, only to articulate talking points during the 2021 federal campaign that were even further to the left. O’Toole, of course, was removed by the caucus, plunging the party into a third leadership race in five years.

The 2022 contest, with the exception of Leslyn Lewis, was dominated by more progressive viewpoints on the social front. Whether this strategy will achieve dividends in the future is a subject of rigorous discourse. It is, however, yet to produce a tangibly positive advancement.

Another source of tremendous friction in the Conservative family can be found in the struggle between support for international trade and increasing protectionist sentiment. Corporate leaders are greatly attracted to the potential for enormous wealth creation that is found in global markets. These locations offer billions of new customers as well as a location for cheap labour/manufacturing. There are also, however, many Conservatives who have legitimate concerns over the human rights abuses and domestic job loss that have been caused by globalism. Moreover, they are apprehensive about the idea of integrating our economy with nations that do not share our values, and in many cases may threaten our national security.

As a result of the downfall of globalism taking place worldwide, most Conservative leadership candidates have stressed the need to protect Canadian interests at home. Controversy is found, however, in determining just how much/little Canada should engage internationally. Also, what are our responsibilities to our allies, militarily?

The rudimentary financial model adhered to by western nations has a longstanding record of going through a paradigm shift every few decades. The first was brought about by the Keynesian philosophy of market interventionism that dominated the Great Depression, World War II, and the early-Cold War period. It was characterized by progressive tax rates, a large social safety net, a high degree of unionization and almost exclusively domestic manufacturing. This model gave way to the neoliberal order that was established in the 1980s and solidified in the 90s. Deregulation, offshored manufacturing, global trade, and the arrival of information technology defined this era.

The birth pains of a new economic model can be traced as far back as the 2008 recession. We are still, however, waiting for this new system to take shape. Canada is a critical power with significant economic weight. It is not, however, the only economic pulse of western society. Therefore, the incoming Conservative leader must convince voters that he/she will be able to effectively represent Canada when negotiating with tone-setters, such as Great Britain and the United States, in order to secure our future prosperity in the brave new world brought about by changing economic frameworks.

He/she must also build trust with Canadians, as a source of stability and wisdom, that is able to manage the battered financial reputation of the nation. Keeping taxes low and pursuing balanced budgets are noble goals. At the same time, however, we have a failing healthcare system and a dramatically underfunded military. Striking the right balance will be a generational challenge.

A consensus can likely be built around the idea that many of our age-old institutions are broken. Things get more complicated, however, when it comes to agreeing on solutions. The Conservative Party is deeply divided on whether to follow the lead of former American President Donald Trump in relating to our institutions from a place of unending skepticism and pessimism or by seeking to preserve, and where necessary, rebuild them.

The stakes in this debate are particularly high. Our society was founded on strong and vibrant institutions. They cannot endure, however, if the citizenry decides they are irreversibly depraved. What might replace our current institutions if they were to go under, of course, is anyone’s guess. The next leader will have to decide whether or not to trailblaze a rebuild of our institutions.

If there is any common trend throughout these four issues it is the fact that Conservatives hold distinct and diverse views regarding them. This means that the new party leader will basically have three options for managing division:

It cannot be completely predicted which choice(s) the incoming leader may utilize to manage disputes under his/her watch. Option C was most successfully modelled by former Prime Minister Stephen Harper. This is not to say, however, that the first two choices, particularly A, could not end up being on display at times. In any case, the favoured approach of the new party head will be a significant factor in determining his/her legacy as Opposition leader, and perhaps as prime minister.

These are the debates that will occupy much of the time of the next Conservative Party leader. Success will require championing each of them. As for the specific policy solutions that could or should follow, party members and the public at large will have ample opportunity to make their views heard.

A question to the reader in closing: What do you think is the way forward?