The Business of Philanthropy 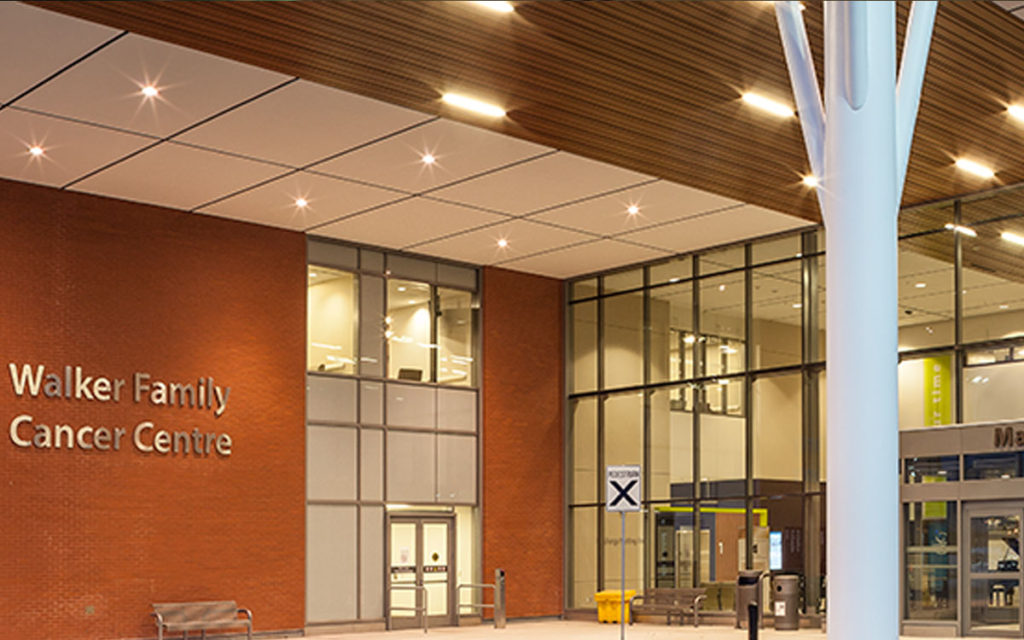 One can’t walk into a Niagara hospital, new arena, community centre or many other such venues, without seeing front and centre a donor wall with the names of dozens, if not hundreds, of generous businesses and individuals whose cumulative gifts made the facility possible.  Businesses and business people make by far the lion’s share of all charitable donations to fundraising initiatives in Niagara – always have, probably always will.

Drive around and you’ll see the Meridian Arena, the Gale Centre, Scotiabank Convention Centre, McBain Community Centre, Walker Cancer Centre, Rankin Technology Centre and First Ontario Place to name just a few.  Donor walls are filled with the names of big, medium and small local businesses and with the who’s-who in any particular business community.

Rarely do these walls have the names of public sector workers or their unions.  Not that these individuals and organizations don’t give, they surely do, especially through workplace source deduction plans that are often set up with groups like the United Way.

But the majority of major gifts come from a community’s business sector.  This, by the way, often includes doctors, who are very generous donors to hospital and hospital equipment campaigns – but doctors are mostly small businesses – they bill OHIP for their services and out of their billings have to pay their rent, heat, hydro, staff, insurance and themselves.

There are of course various forms of business donors.  There’s big corporate businesses, many of them financial institutions, like the Scotiabank’s, Meridian’s and  First Ontario’s of the world who often donate and attach their names to the causes they donate to – so there is a marketing component there to be sure.  But they are generous donations just the same and usually are the biggest gifts to a capital campaign.

Medium sized, local businesses like Gale’s Fuels, Rankin Construction, Walker Brothers and a myriad of others who also give large donations to their communities – sometimes attaching their names to buildings or charitable events – but just as often are silently donating “smaller” amounts – donations which get little to no recognition.

There are family foundations, like the Branscombe Foundation.  Mildred and Frank Branscombe were very successful small business people who were always exceedingly generous personal donors to their community and decided to ensure that generosity would continue after their passing by parking millions of dollars into a Trust that would last forever – to the great benefit of their community.

Small businesses and their owners may make up, at the end of the day, the largest overall component of giving.  These are people who own their own retail, construction, small manufacturing or professional firms like lawyers, accountants, insurance and real estate agencies, dentists and so on.  These families are the ones constantly buying a table of eight for $1,200 or a golf foursome and a hole sponsorship for $1,500.  The hidden component in some of these donations, is that the proprietor takes the day off to golf and has to give three employees a paid day off to golf too in order to makeup a foursome.

Sometimes people who don’t really understand ‘giving’ – downplay these donations – “Oh, it’s a write-off for them” – is a common refrain from those less generous.  This is an misplaced comment.  If a small business has $10,000 left at the end of the year, the owner can leave it in their business and pay 15% tax on it.  They are up $8500.  If they want, they can take that $10,000 as salary, pay personal income tax on it and keep it for themselves and their families.  But if they forego keeping that money and donate it from their business, they simply get the benefit of not paying tax on that income before they donated it.  Either way, they are still out $10,000 and it is therefore extremely generous.

Chartered accountant Darren Chapelle of Steinbachs and Chapelle confirms, “A small business corporation who donates to charity does get a tax write off, but the write off is only a 15% income tax saving.  A $10,000 donation costs a small business corporation $8,500 after the tax savings.  This is money that the corporation could choose to pay a bonus to the owner.  Saying a donation is only done because it is for the tax break is not fair, it is a generous giving to a charity or other not for profit agency.  Individuals who make a donation can get much higher tax savings than a corporation who donates the same amount.”

Another common misconception is that if someone owns their own business, ‘they must be rich’ and can more easily afford to be generous.  Again, not at all true.  The majority of small business owners take home a lot less at the end of the day than do the majority of public sector employees for example.  In addition, most small business owners pay their staff first and themselves last, often living off business lines of credit until they are able to take something for themselves.  Despite this fact, these businesses are still exceedingly generous to community causes.

All too often communities don’t celebrate the philanthropic generosity of their local business owners nearly enough.  A mention at a ground-breaking, applauded at a golf tournament or a thank you note afterward is most often all the recognition they may get.  We think that should change.

In this space over the next two months The Niagara Independent is going to profile several of Niagara’s generous business owners. They themselves often shrink from the limelight and will tell you they don’t need more recognition – but their stories deserve to be told.  And the ones we profile are but a small sample of the many generous businesses and business owners who donate across Niagara’s communities year after year.

To all of them, thank you!