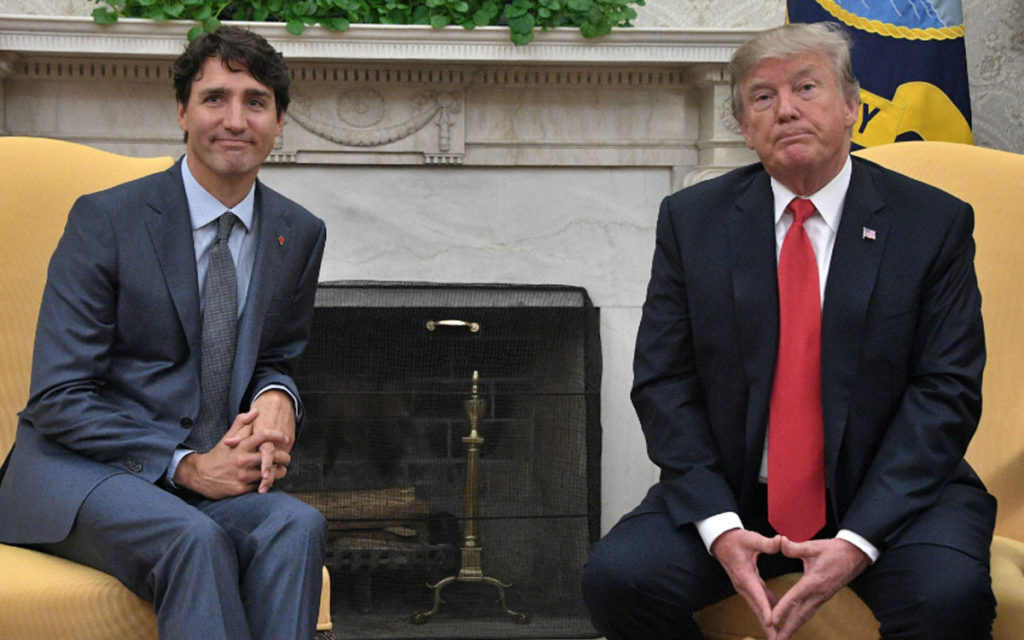 In Ottawa, there are two prevailing threads of thought on what has become the never-ending saga of the Canada-U.S. Trade Talks. One is rallying behind Prime Minister Trudeau and supporting the Liberal Government’s attempt to reason with an unpredictable U.S. President. The second is highly critical, suggesting that the Liberals are purposely sabotaging the negotiations for their own domestic political gains. The next three columns will review the political gamesmanship between Canada and the U.S. and assess what all the public posturing may mean for the outcome of the trade talks – and for the 2019 federal election.

For months, Ottawa’s political networks and national press corps have been wholly focused on U.S. President Donald Trump and his every utterance on the North American Free Trade Agreement (NAFTA). Canadians are anxious. Given the magnitude of trade between our two countries, NAFTA has a large impact on our country’s economic growth and maintaining our standard of living.

A number of Canadian political and business leaders are supportive of the Trudeau Liberals’ trade efforts to date. Almost all are sympathetic and defending PM Trudeau in the wake of the disastrous wrap-up to the recent G7 Economic Summit. Today, the personal and working relationships between a Canadian PM and a US President (and, therefore, the fate of the NAFTA talks) have never appeared on more unstable ground. A pivotal moment passed at the G7 Summit and there are many conflicting accounts about what exactly happened. But, after assuming the two leaders had come to an agreement on core elements of a trade deal in their private conversations, President Trump took insult to the PMs closing remarks. The President went on a multi-tweet rant about how PM Trudeau had blindsided him, insulting Trudeau as “very dishonest and weak.” The President’s trade advisor Peter Navarro said there was a “special place in hell” for Trudeau for betraying the President.

That outbreak immediately evoked base reactions. Somewhat diplomatically, Canada’s Foreign Minister Chrystia Freeland stated her nation “does not conduct its diplomacy through ad hominem attacks” (and then just a few days later in Washington she made not-so-subtle comparisons between Trump and Hitler).

The PMs comments and the subsequent name calling served to galvanize Canadians’ feelings of uneasiness and disapproval with the U.S. President. Being the victim of the President’s scorn, Trudeau gained newfound support in his negotiating stance with the President. Former PM Brian Mulroney stated: “I’ve never seen language like this. Least of all from subordinates of the president directed at the prime minister of their greatest friend and ally. This, I’ve never seen before. Nor has anybody else… International negotiations, they have their ebbs and flows. This is an ebb.”

John Manley, former Liberal deputy prime minister, who now serves as president and CEO of the Business Council of Canada, publicly stated that though it may be “very tough,” the Trudeau government must “stay the course.” Manley offered this advice: “I think that maybe Prime Minister Trudeau should consult with, I don’t know, a psychologist or somebody to say, ‘How do I deal with an important counterpart who has this tendency to narcissistic personality disorder?’”

Bruce Heyman, a former U.S. ambassador to Canada, said, “It’s kind of like if you were sitting with a friend and then out of the blue, you just punched them in the face. The wounds will heal, but the question [is] how does the relationship get impacted?… I think it was a line crossed and a bridge too far. They owe you an apology.”

(Yet, for Canadians, better than an apology would be a signature on a trade agreement.)

Next week: Have the Liberals purposely sabotaged the trade negotiations for their political gain in an election year?