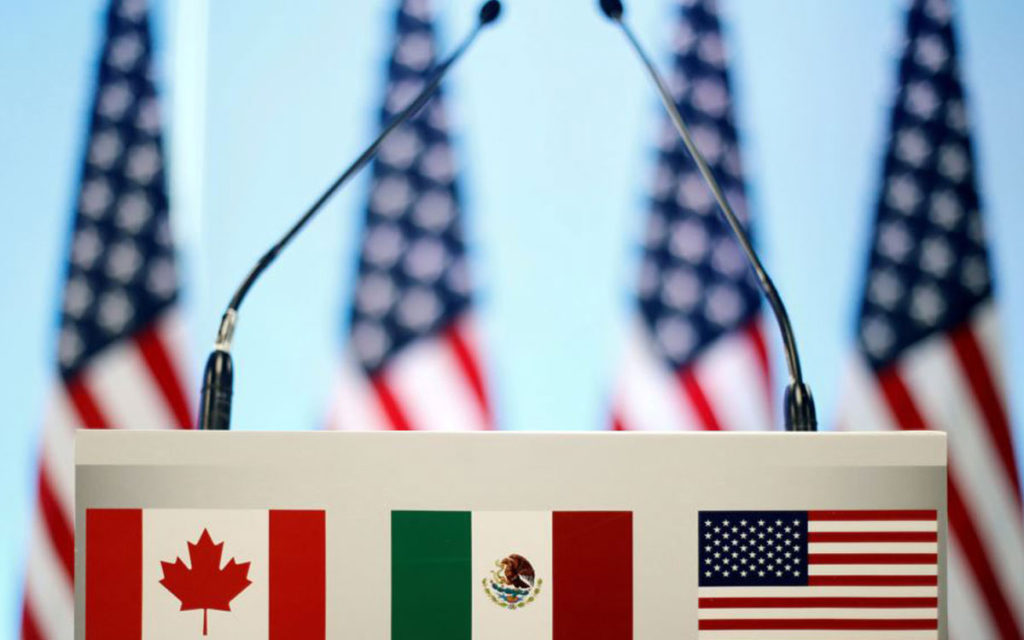 This is the third of a three column series on the Canada-U.S. trade talks, reviewing our National Leaders’ political gamesmanship and assessing what it means for the outcome of the trade talks – and for the 2019 federal election.

To recap the last six weeks: on June 1st, the U.S. imposed hefty levies on Canadian steel and aluminum imports, in response to China, South Korea and Vietnam dumping these products into our country. On July 1st, Canada retaliated by placing tariffs worth a total of $16.6 billion on U.S. goods from ketchup and candles to shaving products and insecticides.

In turn, the U.S. is suing Canada at the World Trade Organization stating that the retaliatory tariffs are “completely without justification.” President Donald Trump has also publicly stated he is considering putting a further 25-per-cent levy on all cars and trucks imported to the U.S.

This escalating game of tit-for-tat does not bode well for Canada and the U.S. coming together at the NAFTA negotiating table. Now, to complicate the matter further, there is the anti-trade perspectives of newly elected Mexican President Andres Obrador. As a result, the trade uncertainty has economists citing lowered business confidence and reduced investments in the North American markets.

Canadian Chamber of Commerce CEO Perrin Beatty succinctly puts the trade conflict into perspective for Canucks in a tweet (@PerrinBeatty): “Trade wars are bad. They are very hard to win. They are very easy to lose. And usually, in a trade war, everybody loses.”

Jack Mintz, president’s fellow at the University of Calgary School of Public Policy, believes Canada has adopted a losing trade strategy. He reasons, “Canada might be the world’s 10th-largest economy, we still only account for less than two per cent of world GDP. We have little influence on world prices for anything except the one or two commodities where we control major market share, such as potash or uranium.”

Mintz warns, “Small countries like Canada are best off pursuing unilateral free trade, not by retaliating. Just because another country might wish to mess up its economy with taxes and subsidies doesn’t mean we should mess up our own.”

Lawrence Solomon, policy director for Toronto-based Probe International, agrees, “If Canada’s negotiators want to do what’s best for Canada, they should stop posturing before they do more damage to our industries.”

Financial Post columnist Diane Francis sums it up by using a hockey analogy: “Trudeau’s job is to protect Canadian interests. And like hockey without referees, the toughest guy may not always be right. But he’s never wrong. So cut the outrage and just cut a deal.”

Canadians have every reason to be anxious about the outcome of these talks with the country’s largest trading partner. U.S. goods and services trade with Canada totaled an estimated $673.9 billion last year. There are 1.8 million Canadian manufacturing jobs at risk. Currently, 95 per cent of our energy and 83 per cent of our auto trade is sold to the U.S. In total, about three-quarters of all Canadian goods and services are traded into the U.S.

So, it is in Canada’s best interests to reach an agreement with the U.S. ASAP. Yet, the two sides remain entrenched. The United States is demanding further deregulation and elimination of existing tariffs (like with Canada’s dairy supply management program). Canada is remaining firm with our rights to maintain limits on foreign ownership in banking and telecommunications –and our management system for Canadian dairy, egg and poultry producers. Then there is also Canada’s insistence on negotiating labour, aboriginal and gender issues.

With each passing month, it is becoming more certain that NAFTA will be “the” major issue in Canada’s upcoming federal election. There are many outstanding (and critical) questions that will be electioneering fodder for both the champions and critics of Canada’s trade efforts. How will the Canadian negotiating team break the current stalemate? How does PM Trudeau and the Liberal Government deal with the American President? How will the prolonged uncertainty of not signing an agreement impact the Canadian economy? Come the October 2019 vote, Canadians will then have the opportunity to pass judgement on the success/failure of this seemingly never-ending saga.