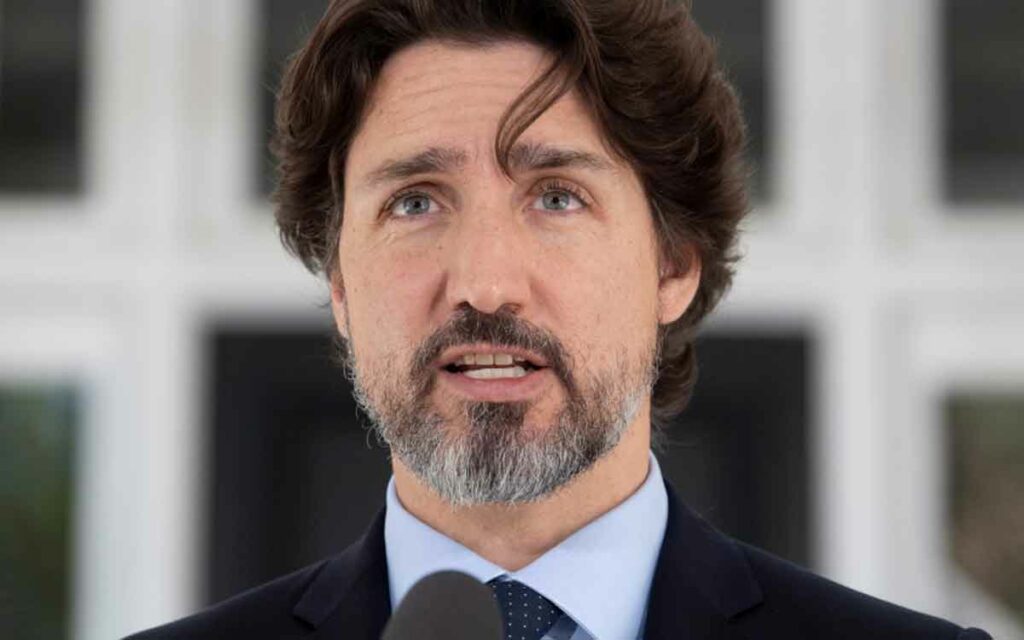 In a CBC interview this week, Prime Minister Justin Trudeau said, “We are asking Canadians to embark on an entirely different direction as a government. We are going to rebuild the Canadian economy in a way that was better than before.”

The Liberals’ intention to restructure the country’s post-pandemic economy is being described by many political pundits as a “bold plan.” One unnamed senior Ottawa mandarin stated in a Toronto Star article that the bundle of social programs and spending about to be showcased in the upcoming Thorne Speech is “a structural change in the way government in this country operates.” A senior Liberal political insider who is familiar with the plan (who wished to remain anonymous because he is not authorized to speak publicly) commented, “It’s all going to take money on a scale we haven’t seen before.”

Through a seemingly orchestrated series of insiders’ leaks, the Prime Minister’s backroom appears to be preconditioning Canadians for an economic recovery plan the likes of which we have never seen or experienced in our country. This foreboding forecast has many in Ottawa, on Bay Street, and in boardrooms and living rooms across the country bracing themselves.

National Post political newsman John Ivison reports, “Trudeau’s “literally frightening” spending plan has some Liberals, bureaucrats very worried.” In the Post’s feature column on Thursday, Ivison writes of the Liberals’ design to remake Canada in their own progressive image and he quotes an Ottawa insider as saying, “It is literally frightening. I am very worried about my kids’ future and their capacity to service that level of debt. The fact is that the government is embarking on a major policy shift and this is a government that is not worried by deficits of 10 per cent of GDP.”

In advance of the Liberals Throne Speech promises, here are current fiscal facts that are certain to be consequential for the country’s economy and our future prosperity.

On government spending, the deficit and national debt: In three months, between April and June, the Finance Department reports the government operated a $120 billion deficit. The Government recently projected a $343 billion deficit for 2021, but this does not include Finance Minister Freeland’s recent announcement of an additional $37 billion in spending. This fiscal deficit is more than the total federal government program spending was through last year – and more than all previous federal government fiscal deficits combined through Canada’s history.

By the end of the fiscal year, many expect the deficit to be nearing $400 billion. Canada’s national debt will have climbed beyond $1.2 trillion.

On the country’s economic health: With many businesses shuttered, it is not a surprise that the Canadian economy shrank from April through June. Statistics Canada reports Canadian economic output dropped by 11.5 per cent compared with first-quarter GDP in 2020. This is the largest recorded quarterly decline since Statistics Canada began reporting quarterly figures in 1961.

There is no good news in the current economic numbers: Government revenues plummeted by 37 per cent, down $52 billion over the quarter. Household spending on goods was down by 8.4 per cent, and down by 16.7 per cent for services. Business investment fell 16.2 per cent, as a direct result of plant closures, low oil prices, and heightened economic uncertainty.

On costly mismanagement of pandemic support funds: The Fraser Institute released a report that estimates one in every four dollars of pandemic income support payments — a total of up to $22.3 billion — was sent to people who did not need support.  Financial Post columnist Diane Francis opines Canada’s pandemic funding was “distributed with a fire hose, rather than targeted at those in need.” Francis points out Canada’s stimulus package is dramatically higher than what other countries – the equivalent of 15 per cent of its GDP, compared to 10.6 per cent in Australia, five per cent in France, 8.9 per cent in Germany, and 4.9 per cent in Italy.

On Canada’s economy showing signs of systemic weakness prior to the pandemic: The International Monetary Fund (IMF) estimates the value of reduced output in Canada this year will be $113 billion. And recall prior to the pandemic the Canadian economy was absorbing the loss of $20.6 billion investment in the Teck Frontier mine project, as well as the collapse of Quebec’s $9 billion Energie Saguenay pipeline project – and a recorded $200 billion of investment lost in the Canadian resource sector since 2015. The IMF has recently calculated the total economic losses already incurred by Canadian businesses and those projected due to the pandemic will be $226 billion.

On rising personal / household debt: Today, one out of two Canadians are within $200 of insolvency at the end of each month. In fact, insolvencies are on the rise. Equifax Canada reports consumer debt is rising in Canada, reaching $1.9 trillion. Canadian households owe $177 for every $100 of disposable income (up from $106 in 1999). Just released IMF data factors that Canadian household debt is growing nearly 50% faster than the country’s economy. In a recent financial report for Global News, David Akin surmised that the pandemic “began as a public health crisis then metastasized into an economic crisis is likely to finish as a debt crisis that could end up swamping not only some governments but also hundreds of thousands — if not millions — of Canadian households.”

All the fiscal facts aside, the upcoming Throne Speech will regale for Canadians the Trudeau Government’s bold plan to spend our way to recovery – “to build back better.” This illusory panacea of unbridled government spending is summed up in the bromide offered recently by Finance Minister Freeland: “Our government has taken on more debt so Canadians didn’t have to.” What an absolutely wonderful thought – reassuring for many Canadians.

Yet, if you still subscribe to the adage that “there are no free lunches” (and you remain doubtful that “budgets will balance themselves”), then consider Ayn Rand’s cautionary statement about blissful reassurances: “We can ignore reality, but we cannot ignore the consequences of ignoring reality.”