The core beliefs and aspirations of George Soros (Part 2) 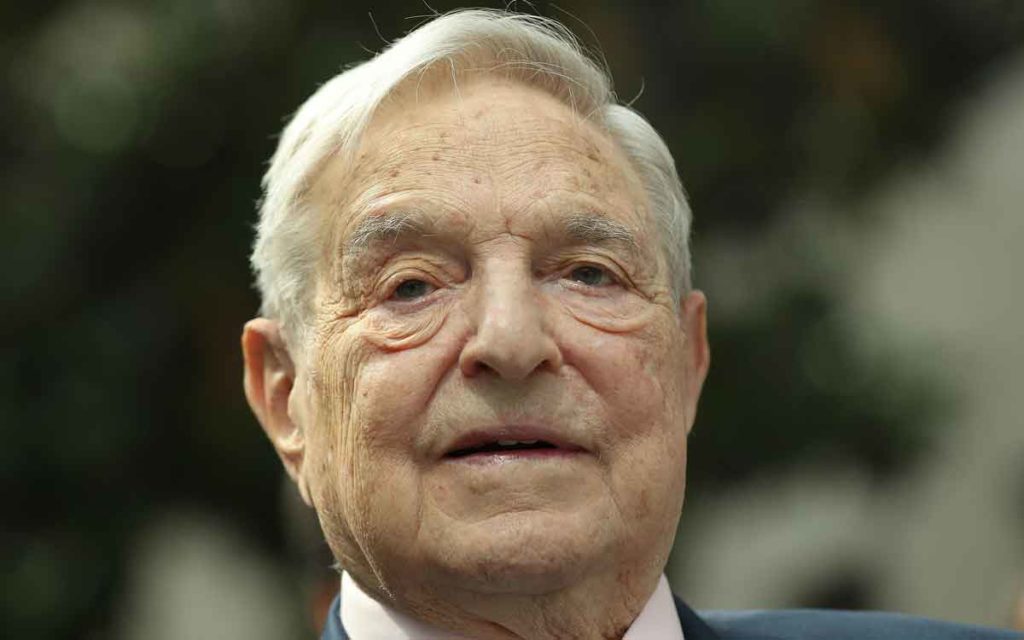 What are George Soros’ core philosophical beliefs; what are the man’s mental constructs that motivate and drive him? What is Soros’ view of the world and his role within the global community? To address these questions is to begin to better understand Soros and the influence he wields.

George Soros’s thought processes revolve around the philosophy of Sir Karl Popper and his classic work The Open Society and Its Enemy. Soros studied under Popper at the London School of Economics and it is not surprising that the professor’s teachings resonated with the young Soros, who had survived wartime Hungary. Soros became attached to the theory of “open societies,” that would guarantee and protect rational exchange where, alternatively, closed societies coerced people to submit to political authority.

Soros’ early notions of open societies evolved with his life experiences and, today, he conveniently smudges the purer objectives of Popper’s desired society. In a 2011 essay on the subject, Soros explains what he sees as the essential adjunct to his original teachings. He writes, “If thinking has a manipulative function as well as a cognitive one, then it may not be necessary to gain a better understanding of reality in order to obtain the laws one wants. There is a shortcut: ‘spinning’ arguments and manipulating public opinion to get the desired results. Today our political discourse is primarily concerned with getting elected and staying in power.” Here we see Soros appreciates the utility of spinning arguments; ends will justify means.

Another key influencer in Soros’s world view was his mentor Maurice Strong. This Canadian oil businessman and diplomat is arguably the greatest global visionary of the modern, post-World Wars era. He is recognized as a founder of the international environmental movement. Involved from the early 1970s in the United Nations (U.N.) bureaucracy, Strong’s self-promoted mission was to empower the U.N. as the global authority that would manage a new era of global governance through three of its international organizations: the World Wildlife Fund, the International Union for Conservation of Nature, and the World Resources Institute. Strong was bent on establishing a new world order with an overseeing group of leaders within the U.N., stating: “In order to save the planet, the group decides: Isn’t the only hope for the planet that the industrialized civilizations collapse? Isn’t it our responsibility to bring this about? This group of world leaders forms a secret society to bring about an economic collapse.”

Soros was drawn to Strong’s vision of a new world order and his machinations for the U.N.  For decades, the two men collaborated and directed the U.N. non-governmental organizations in advancing the goals of a One World Government. Before Maurice Strong’s death in 2015, American political commentator Glen Beck assessed their working partnership, “Maurice Strong has almost as much impact on average Americans as the air that they breathe… One World Government begins and ends with Maurice Strong. George Soros is merely the financier.”

Beck has downplayed the role of “the financier,” yet Soros has proven dominant in his own right. He has effectively guided his own Open Society Foundations (OSF) grant network to champion the One World Government idea. And through the last 30 years, George Soros has published 14 books and numerous print articles that define his principles of internationalism. He repeatedly espouses that the creation of a global open society is the only way mankind can succeed against today’s formidable world challenges of climate change and nuclear proliferation. One can hear echoes of both Popper and Strong.

The multi-billion dollar OSF is the strong arm of Sorus’ global activism. In a 2017 essay that reveals private information leaked from Soros’ papers, City Journal contributing editor Stefan Kanfer exposes the underbelly of the OSF involvement in Syria. Kanfer writes, “Underneath its lofty rhetoric, the organization was clearly devoted to the eradication of national sovereignty. A key Open Society paper, hacked in its entirety, described the Syrian refugee crisis as an opportunity to “shape conversations about rethinking migrations governance.” Translation: use agitprop to flood Europe and the U.S. with evacuees (among them some probable terrorists); make the old borders and institutions irrelevant; and, in the process, create a world liberated from the restraints of constitutionalism, American exceptionalism, free-market capitalism, and other obsolete isms.”

Another illustrative example of Soros financing social discord can be found with Extinction Rebellion (XR), a U.K.-based, global environmental movement with a publicly stated aim of using nonviolent civil disobedience to prompt action on climate change. However, in an internal briefing memo to XR’s members, it is evident that the organization’s mission is not so well-intentioned. This is verbatim from the XR memo:

Supported in part by OSF funds, XR last year had more than one million pounds in its war chest.

The Capital Research Center is an American organization examining how foundations, charities, and other nonprofits spend money and get involved in politics and advocacy. Shane Devine recently wrote for the Centre an expose on George Soros in which he comments, “Soros is honest about who he is, repeatedly calling himself a selfish man, who sought money and recognition throughout his life to satisfy his large ego. But he argues that this selfishness was ultimately good, since he was able to cultivate it into a moral force through philanthropy.”

In a 2018 New York Times interview, Soros himself explains his ideological approach to world matters, “My ideology is nonideological. I’m in the club of non-clubs.” But surely George Soros jests. His intellectual influences tell us otherwise. The modus operandi of the hundreds of groups around the world financed by the OSF tell us otherwise. George Soros is a man with the design for this world – and every country, including Canada, factors into his plan for One World Government.