The COVID 19 Pandemic and the Danger of Social Media 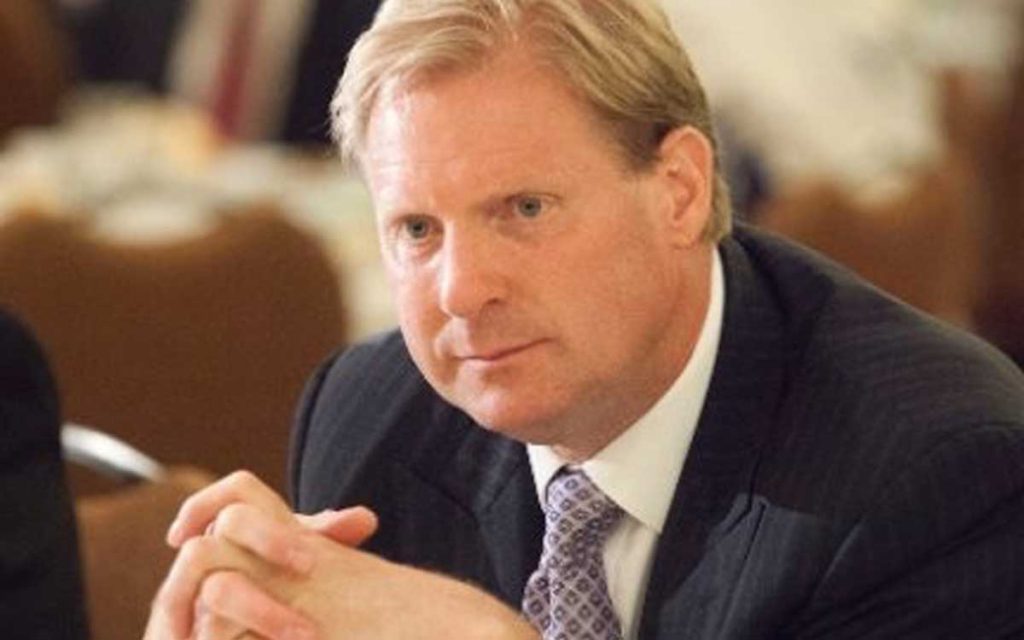 Marc Kealey, is the Principal of K&A Inc., a public policy and health management company.

Take a tour on any social media site and any number of posts appear from the most generalist of social media “experts” on how best to manage through the COVID 19 Pandemic. Let’s be clear, we are in the throes of a pandemic – defined clearly as an outbreak of a disease that spreads quickly and affects many individuals at the same time. And which has spread across a wider geographic range – more so than an epidemic.  This pandemic has affected a significant portion of the population in almost every country on earth!

In recent social media posts that this writer has seen “experts” instruct audiences on their sites with confidence that remedies like hot water with lemon or boiled garlic tea and wrapping oneself in cabbage cures COVID-19 symptoms.  There are also others claiming that the “so-called pandemic”  is nothing more than a hoax perpetrated by the Presidents of the United States and China to gain control of trade for their respective countries.

In the business of healthcare, we need to know what people think and how they act to be able to advise governments and others on trends and remedies to help draft regulation and/or new protocols – for things like disaster relief and resilience.  To that end, this writer has canvassed social media postings since COVID-19 hit Canada to determine what Canadians are thinking and even clinicians with whom we collaborate agree that much of the tripe on social media (and even some in mainstream media) is causing or has caused more harm than good.

At this tender juncture in the war against the COVID-19 virus, even as we are becoming aware that the numbers of people who will be infected in Canada, for example, will be in the hundreds of thousands and that deaths, as a result, may even climb to thousands, there are still many who seem blasé about the pandemic and still others who are even libertarian about compliance to “social distancing” and still others who think the entire response by governments is over-blown.

To be clear and concise – this is no overblown response – it’s a call to action!

I agree with my clinical colleagues, there is an epidemic of armchair epidemiologists what could be labelled as  “faux-physicians”, who take extraordinary liberty when they hear a COVID-19 talking point they “agree with” and repeat it on social media as though it is fact.

Some social media posts this writer has reviewed rhetorically ask; “why is everyone over-reacting? This is just a flu. There are always people who die from the flu”.  It appears, without judgement from this writer, that their tone is that of very serious, very reasonable people, talking what they think is common sense and fact – to what are now very worried people.

The truth is, many clinical experts with whom this author collaborates, suggest vehemently that these “faux physicians”  have no idea what they are talking about, and in an era when facts are established by whomever shouts the loudest on social media, their ignorance is causing serious harm.

What makes us so susceptible to this trend in social media is that we live in a time when the news media (mainstream and social) cry wolf about nearly everything – and people urging calm in public are USUALLY right. Things usually get resolved in time. But this time, with the COVID-19 virus there really is a wolf.

The truth is, the people MOST concerned about COVID-19 ARE experts. Physicians, scientists, epidemiologists, public health officials and emergency responders. The most serious responses are from healthcare organizations and academic medical centres who have advised nonessential personnel to work from home and even make all their meetings or social events virtual. No matter their political persuasion, they are terrified of what’s coming our way – even  in the next few weeks. They see a tidal wave coming and many people on social media are still out playing on the beach.

Here are the critical facts:

Meanwhile, as we are seeing presently, the government in the United States has totally botched its response and set up its country for catastrophe.  In Canada, by contrast, we seem to be managing despite the lack of personal protective equipment for front line care workers and, more importantly, we should have been testing and quarantining people aggressively weeks ago instead of playing political games. Testing everyone in the country should have been a priority – there is technology innovation at present that takes seconds to determine whether someone is positive or negative for the COVID-19 virus.  It costs very little compared to the aftermath of us NOT testing. So, when the media report there are a few thousand cases – those are test-confirmed cases. The number of real, actual cases is probably significantly more than that because we test so few people. This writer believes we will pay dearly for not doing this.

Government has inundated media with mass messages about “social distancing” and why we need to heed the message- it works. Experts tell us we should stay home as much as we can. Experts also advise that we should avoid anywhere that is crowded.  They tell us we should and must be vigilant and wash our hands obsessively. These messages are not “nice to know” – heeding them will help  flatten the curve, and spread the cases out over a longer period of time to actually give time for experts in the health care system to develop therapies and vaccines.

It’s not enough to say or hear “stay home if you feel sick” because experts say that one can be contagious for up to a week without feeling it – some people never have any symptoms at all. So, the strongest message is this:  Cancel everything. Don’t travel anywhere, stay home!

Without compliance to social distancing, credible experts  estimate the dead could reach into the hundreds of thousands or even more in the US and Canada. This is an epochal event. It’s a number equal to twenty years-worth of seasonal flu deaths. Or it’s equal to a 9-11 type event every day for a year.

This is a once-in-a-lifetime virus.  And this writer agrees that it deserves a once-in-a-lifetime response.  And if we do everything right, and we do slow the effects of this virus down enough that it’s manageable, these same social media blowhards on Facebook and Instagram will be saying that they were right all along, and everyone over-reacted.

Many would be okay living in that world. Because millions of people who might have died from COVID-19 will still be alive. And we can all go back to living normally and amplifying harmless nonsense on social media.

But know this, the legacy for all these arm chair quarterbacks will be secure.  They have seemingly harmed the value of what social media was intended to do at the outset – a platform dedicated to community-based input, interaction, content-sharing and collaboration.  This writer, in turn, is dedicated to ensuring that social media platforms like Facebook clean up their act and take responsibility for the damage they perpetrate by not setting tougher standards for posts that are inaccurate and promote downright wrong, misleading or fake information.  More importantly, look for future articles on options for new platforms that can and will actually assist the greater society with considered opinion and not faux information!

Marc Kealey, is the Principal of K&A Inc., a public policy and health management company providing Canadian standards based healthcare services and advice to government and businesses throughout Canada and globally. The company has offices in Toronto, Montreal, Vancouver, United States and Mexico. Kealey is an expert in health communications and is a former hospital administrator and the former CEO of Canada’s largest pharmacy organization. He sits on the Board of Jamaica-Canada Disaster Relief and Resilience Initiative.  He was an advisor to John N. Turner, former Prime Minister of Canada . 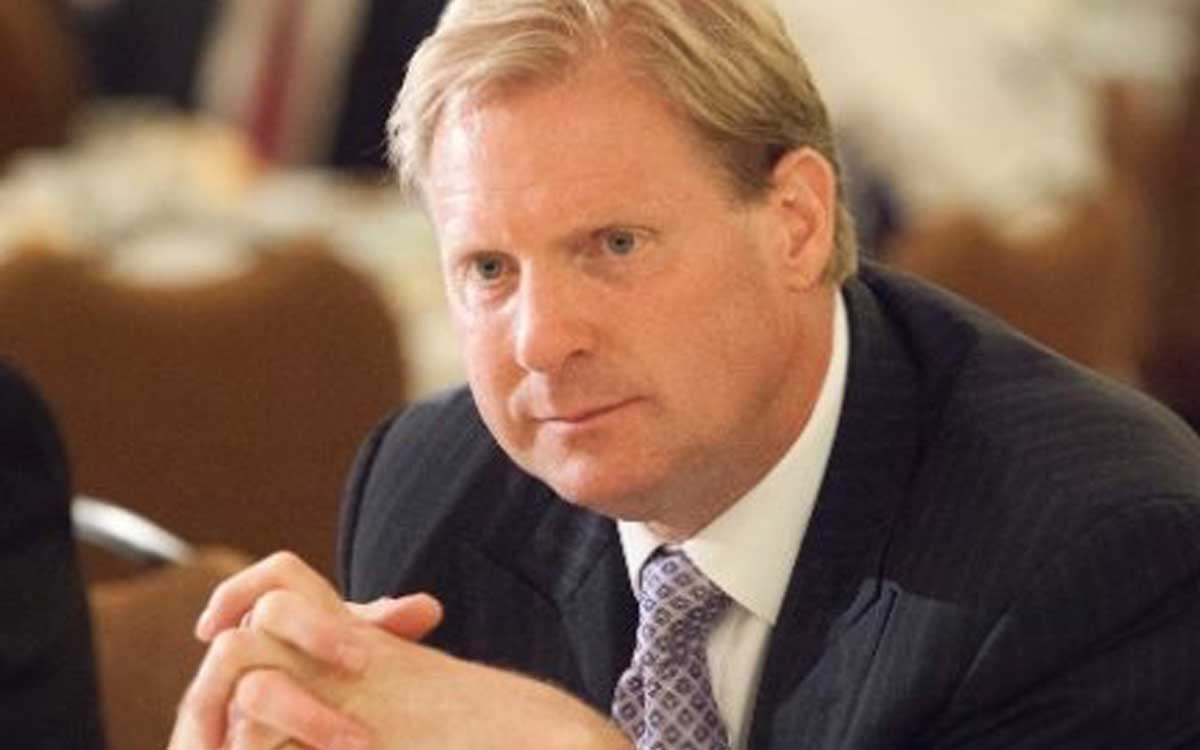