The curious case of China Mobile 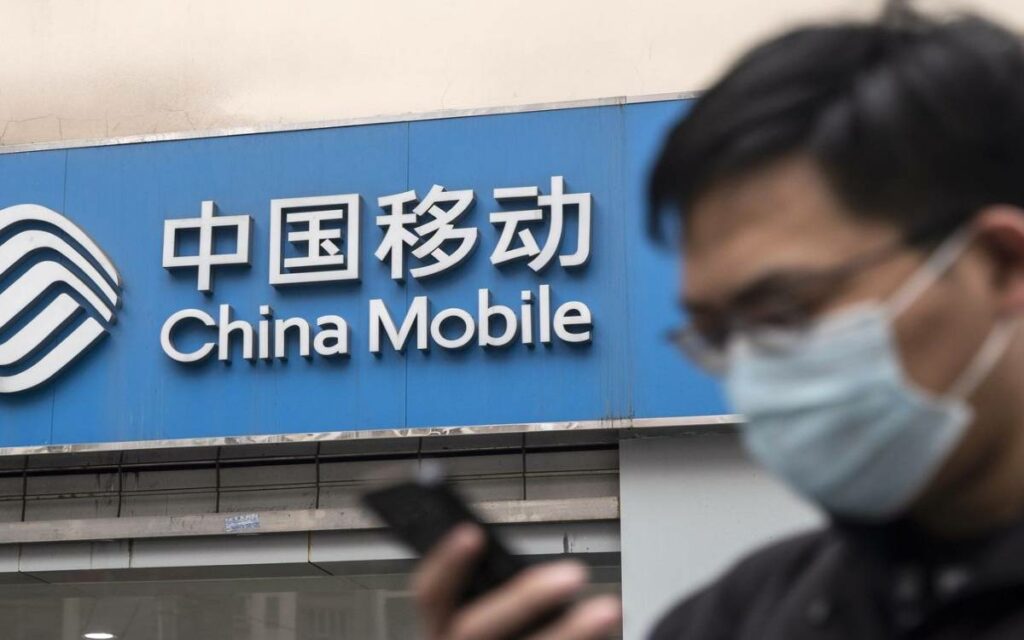 Time was of the essence, they said.

The Canadian Emergency Wage Subsidy (CEWS) program, a pandemic support originally estimated to cost $48 billion, is arguably one of the largest corporate government support programs ever delivered. A wage replacement program for businesses, currently sitting at close to 5 million applications processed and having paid out over $92 billion to date, it is second only to the Canadian Emergency Recovery Benefit (CERB). The execution of one of the most expensive corporate spending programs ever implemented however still remains every bit as mystifying as the civilian counterpart.

Government officials acknowledged early on that there was a strong possibility of a “leakage” of funds to claimants who may not meet the legal requirements for CEWS, yet Prime Minister Trudeau and cabinet felt that the benefits of a swift income supplement response would outweigh the potential pitfalls. It is hard to explain or justify just what happened next, and whether it was the result of choosing “speed over perfection”, ignorance, incompetence, or perhaps, a combination of all.

China Mobile is the largest telecom provider in the world by number of subscriptions, totalling over 1 billion subscribers. A Chinese state-owned enterprise with revenues reaching upwards of $110 billion USD in 2020, it is currently the biggest domestic provider of 5G services in China and the largest red chip company. The questions of how and why it came to receive taxpayer-funded Canadian corporate wage subsidies are shrouded in obscurity, and the answers remain even more difficult to obtain.

In a surprising act of half-measured transparency, the Government of Canada provided a searchable CEWS registry on its public website. Corporate recipients of CEWS were disclosed in name, but the dollar amount received from the program and the number of applications processed under each corporation were not. Previously though, it also had a browsable recipient list which was eventually withdrawn.

The Globe and Mail reported that Canada Revenue Agency officials claimed the demand for the full list was higher than expected, creating technical issues on the site which led to it being removed. This meant the CEWS registry could only be searched by keywords – an alteration that made tracking down recipients more difficult. Incidentally, the changes made to the website by the government due to “technical issues” were initiated just mere days after it was reported by numerous media outlets that several Chinese state-owned companies had accessed the CEWS program.

Some of the big recipient names included state-owned and operated corporate giants such as Sinopec, PetroChina, Bank of China, Beijing Capital, and Air China. While unseemly, these were not the most concerning of the corporate recipients by far. China Mobile also received the subsidy, furthermore, doing so while the United States was in the midst of enacting sanctions on the company in the name of national security preservation.

The United States Department of Defence shared a list in mid-2020 of Chinese state-owned entities to be sanctioned for collaboration with the People’s Liberation Army. China Mobile was on it. The document was titled “Entities Identified as Chinese Military Companies Operating in the United States.” In a strange contradictory move against its closest ally, Canada meanwhile wilfully doled out taxpayer funds to support the company financially throughout the pandemic.

How much was given? We may never know. The Government of Canada will not disclose the dollar amount. We know that the parent company has almost half a million employees. China Mobile International Limited (CMI), the international subsidiary of China Mobile, reportedly has over a thousand. Corporations collecting CEWS do not need their employees to reside in Canada, only to have them “work” in the country for an unspecified period of time.

The rules on the Government of Canada’s website state: ‘An employee is “employed in Canada” if they are performing the duties of their employment in Canada. Generally, a person exercises the functions of their employment at the place where they are physically present. Thus, when that place is situated outside Canada, that person will not generally be considered as being “employed in Canada”. It is necessary for an individual to be employed primarily in Canada throughout the claim period to be an eligible employee. Generally, “primarily” means more than 50%.’

The legal requirements laid out by the program “generally” were vague enough to leave room for employer interpretation, clearing a wide-open path for questionable and fraudulent claims to be launched.

What we do know is that the company did well after receiving CEWS. Its sales were floundering in 2019, but it posted a 3 per cent bump in operating revenue after accessing Canadian wage supports. The parent company’s net revenues increased by approximately $3 billion USD in 2020 from a large dip in 2019 – not too shabby for a company hit so hard by the pandemic that it needed to collect Canadian corporate welfare.

The insidious matter of China Mobile receiving wage supports stretches further than the enaction of U.S. sanctions upon the company, although that should have been sufficient to halt payments in their tracks. Part of the issue is this: China Mobile doesn’t even own or operate any physical telecom network facilities or infrastructure in Canada. Instead, it has piggybacked onto Telus to provide wireless services through Telus’ network, under the brand CTExcel.

The Globe and Mail reported that Ottawa met with Telus to discuss details of this business arrangement. “China Mobile acts as a reselling agent for Telus, just as many carriers have resale and distribution agreements. Customers that purchase Telus services through China Mobile are Telus customers and receive a Telus SIM card, a long-distance-calling package to mainland China, a roaming package when travelling to China from Canada, access to Chinese-language customer-service support, and in some cases, obtain a Chinese phone number so they can access Chinese social media accounts, which cannot be accessed with international phone numbers.”

In 2019, the FCC stated, “There is a significant risk that the Chinese government would use China Mobile to conduct activities that would seriously jeopardize the national security, law enforcement, and economic interests of the United States.”

The true crux of this scandal lies further buried under these scratched surface details. Adding insult to taxpayer injury is the fact that China Mobile is partnered with Huawei. They recently released a joint paper in August 2021 about their plans for 5G undertakings: ‘Huawei, China Mobile, & Industry Partners Release 5G-Advanced Technology Evolution from a Network Perspective.’ Furthermore, after China Mobile was sanctioned by the United States, it was delisted from the New York Stock Exchange. It had a stock sell-off to raise funds after taking a massive financial hit. All too familiar with how that feels, Huawei naturally stepped in to assist its 5G partner, immediately snapping up 220 million shares in the company.

Telus’ role in this fiasco is worth deeper consideration. It of course had originally partnered with Huawei to provide its 5G services, and while the company officially back-pedalled and ultimately went with Ericsson and Nokia instead, there is already existing Huawei gear placed throughout Telus’ radio access networks (RANs), distributed on cell towers across Canada, constructed before the Huawei crackdown began and Telus switched providers.

The United States issued an order demanding that telecoms remove existing Huawei gear from their networks, but no such official order exists in Canada, nor do we know the extent of the equipment already in place. Innovation, Science and Economic Development Canada made Telus sign a non-disclosure agreement on its relationship with Huawei, leaving us guessing as to the extent of its dealings. Telus stated in 2020 that it was removing existing Huawei equipment, yet in November of this year asked the Government of Canada for funding to help do so, leading to the conclusion that it had yet to proceed with a “rip and replace” initiative. The estimated price tag as reported by The National Post came in at up to a billion dollars for Telus to extract Huawei tech from its infrastructure. How much gear does that amount to exactly, one wonders?

All this going on whilst our Canadian citizens, Michaels Kovrig and Spavor, wasted away in a Chinese prison as retribution for placing Huawei CFO Meng Wanzhou under house arrest in Vancouver for skirting sanctions on Iran.

The final face-slap to taxpayers is still yet to come though, as China Mobile proceeds to take the federal Government of Canada to court. In August 2021, the federal government ordered China Mobile to divest from Telus and close its Canadian “businesses”, due to troubling findings discovered after a national security review was conducted. This is where this story veers off from a tale of mere government incompetence and taxpayer-sponsored corporate wastage towards perilously darker deep waters.

What were the findings of the review? That China Mobile’s presence could result in Canadian businesses being leveraged “for non-commercial purposes, such as the compromise of critical infrastructure and foreign interference, to the detriment of Canada’s national security.” But why was the national security review suddenly executed in 2021, years after the establishment of the business? China Mobile had conveniently “forgotten” to notify the government it had established a company in Canada until 2021, and no other entity alerted the government, including Telus and the CRTC, despite the fact that the CRTC had granted China Mobile a business license to enter into partnership with Telus in 2015. All foreign entities need register with the federal government pursuant to the Investment Canada Act, and be subjected to preliminary, or if needed, in-depth security reviews as deemed necessary. This is standard operating procedure to preserve the integrity of our national security framework.

What this means in essence is that we allowed a Chinese state-owned telecom provider, which was sanctioned by the United States and deemed a “military operation”, to conduct business unobstructed in Canada without a security review being conducted as required by the Investment Canada Act for five whole years. This was a breach of national security, and the government quietly attempted to rug-sweep it by ordering China Mobile out of the country.

The problem was that the company wouldn’t just go quietly. China Mobile sought a stay of the divestment order in court, effectively bringing a counteraction against the federal government in one last stunning blow to Canadian taxpayers. While the odds of China Mobile overturning the divestment orders are slim to none, as national security reviews give purposefully broad sweeping powers to federal regulation of foreign entities, we will be paying for the legal battle being fought by the Government of Canada going forward to correct a grave error that never should have occurred in the first place. We don’t even know if the company is still collecting CEWS.

It is hard to pinpoint the most tragic part of this accounting. There are always destined to be more questions than answers in the curious case of China Mobile; what began as a journey to track down federal funds evolved into an exposé of a national security catastrophe, complete with a side-helping of coverup. The only thing to be certain of, as with all stories of gross government mismanagement, is that the taxpayer will be left on the hook for the balance.

Andy Lee is a journalist with VNA Media and Publishing. 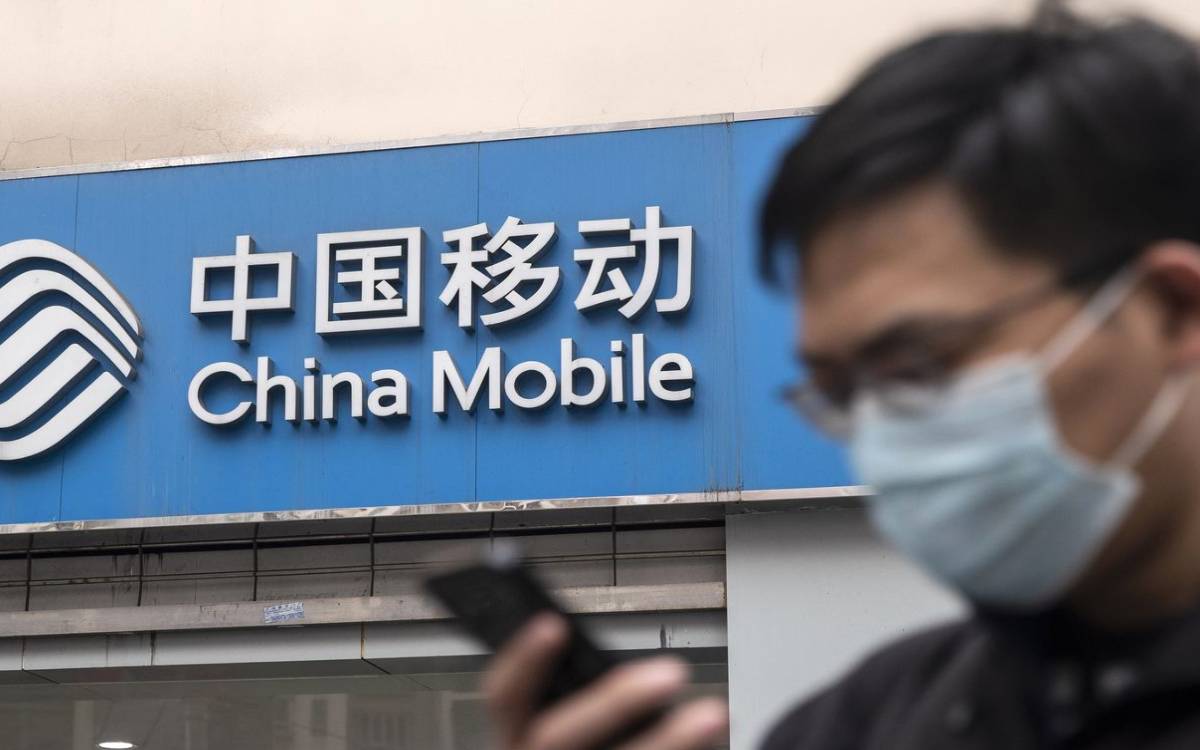