The end of The Beer Store? 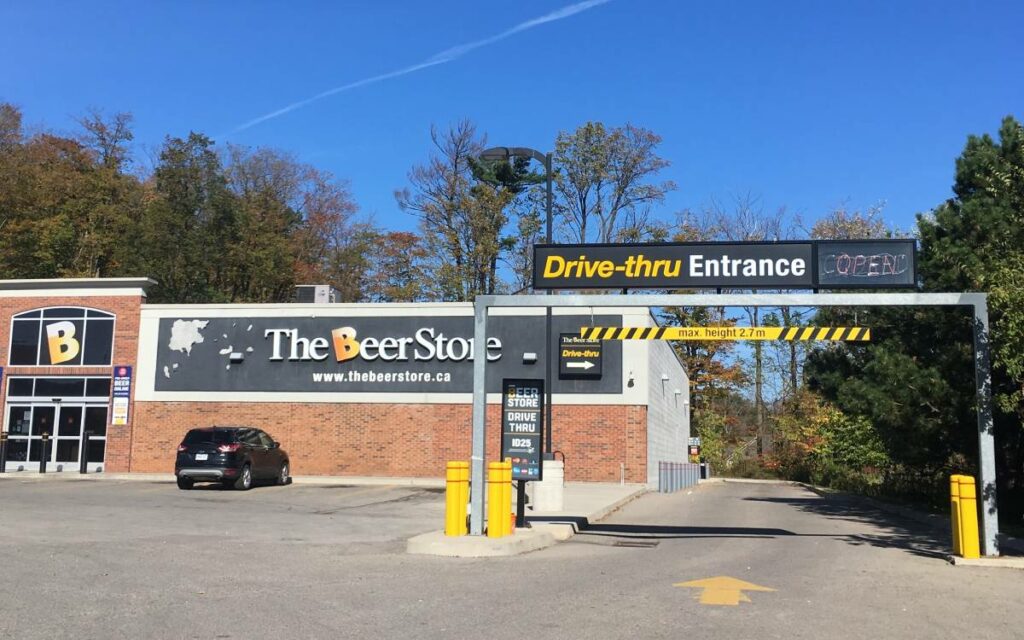 As a diversion from the endlessly negative pandemic news these days, we recently heard some other negative news about an iconic and archaic Ontario institution: The Beer Store. It appears that The Beer Store lost a whopping $50 million in 2020, which followed similarly large losses of $46.5 million in 2019 and $18.5 million in 2018. The Beer Store blames its poor performance on increased competition from grocery stores over the past few years, and the fact that the Ontario government loosened the rules around restaurants being able to provide to-go beer and liquor with take-out food due to the pandemic (a rule change that has now thankfully been made permanent).

But no one should bemoan the demise of The Beer Store. This entity had a monopoly over beer sales in the largest province in Canada for decades, and if a little bit of very controlled and limited competition threatens its existence then it deserves to die. Observers commented on the poor financial performance of The Beer Store by noting how this retail model was outdated but neglected to mention it was outdated not by a few years, but by several centuries.

Jurisdictions world-wide have managed to sell alcoholic beverages for hundreds of years through a competitive private sector distribution network without major incident and with a structure much more responsive to consumers.

Ontario’s antiquated alcohol retail model was established in 1927, in a post-prohibition atmosphere where strict government oversight of the market was viewed to be a compromise between those who wanted alcoholic beverages prohibited outright and those who favoured strictly controlled access.  Initially, The Beer Store’s predecessor – Brewers’ Retail – was owned and operated by a consortium of Canadian beer manufacturers. Over time, foreign companies took over those Canadian brewers, such that today The Beer Store is owned by foreign multinational corporations. Public opinion polls over the years have shown that most Ontarians are not aware of who is behind the ownership of The Beer Store, with about half of Ontarians believing it is owned by the provincial government and another third thinking Ontario brewing companies are the owners.

As the rules around alcohol retailing in Ontario began to change, The Beer Store devoted its energy to attempting to maintain its monopoly, instead of adapting to a newly competitive marketplace. For example, when McGuinty’s Liberal government introduced a deposit on wine and liquor bottles in 2007 (supposedly as an inducement to encourage recycling), The Beer Store lobbied the government to be the only place that empties could be returned, as people would be more likely to purchase beer there instead of at the LCBO after taking back their empties. In more recent years, under the Wynne and Ford governments, The Beer Store has consistently fought against opening up the market instead of adapting to the inevitable new reality.

Opponents of opening up the liquor retail market always make claims that the government will lose revenue from the change, or underage individuals will have an easier time getting access to liquor, or that the change will enable more alcohol-related societal problems. But considering that most of the world has had more liberal regimes for literally centuries with no additional difficulties, and that other Canadian provinces have transitioned from monopoly to competitive retail structures successfully, these arguments seem to be more about protecting the monopolists and/or public sector union members working in the establishments than any factual reality.

The LCBO is another such relic that should be eliminated in favour of broad distribution of alcoholic beverages by qualified private sector retailers. During the pandemic, at a time when everyone could really use a drink, the LCBO demonstrated yet again how tone deaf it is to customer needs by deciding to close on Mondays. It is telling that when every private retailer in the province was begging to be permitted to be open, the LCBO chose to limit their hours. Only a monopoly can afford to ignore their customer base so thoughtlessly.

As The Beer Store finally fades into history, we can only hope it will take the LCBO with it. Only then can  Ontario finally enter the modern era of alcohol distribution, with improved convenience and selection for consumers and no loss of revenues to government. And that’s something we can all celebrate. Cheers!