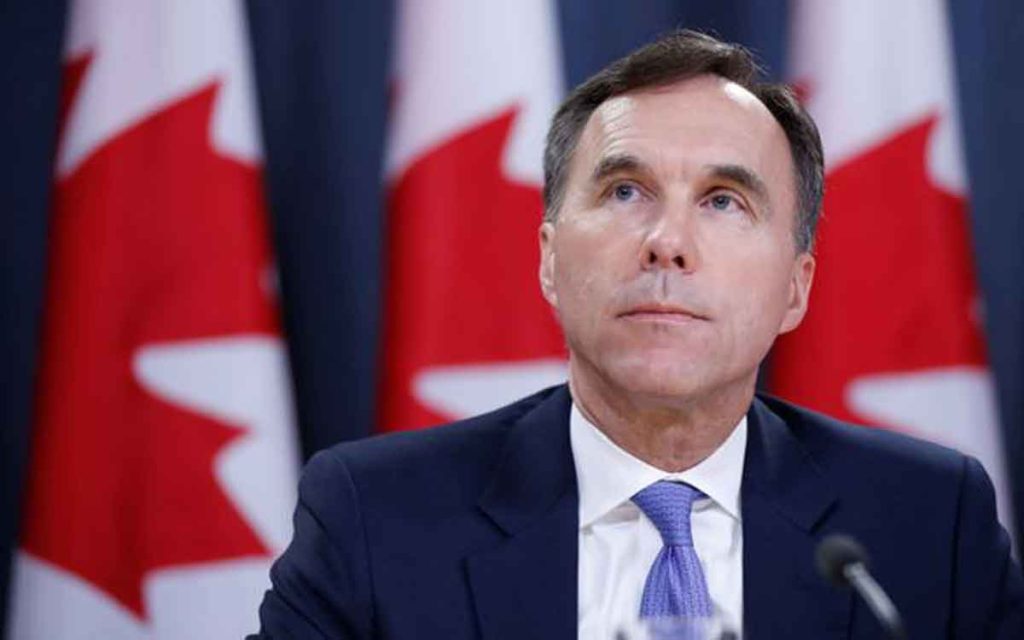 For months leading up to the Liberals’ fall economic statement, Finance Minister Bill Morneau indicated his statement would respond to the recent U.S. corporate tax cuts that had eliminated any tax advantages for Canadian businesses and investors. Morneau stated he could not reduce corporate tax rates for Canadians, as they would cost the government too much, but he would have measures to address the newfound disadvantages experienced by the Canadian business community.

On Nov. 21, the finance minister brought forward his plan offering $17.6 billion of new investment incentives over six years to the country’s business community – something that he concedes will commit the federal government to an indefinite number of deficit budgets.

MP Pierre Polievre, Conservative finance critic, was quick to criticize the Liberal government’s embrace of long-term deficit financing. “Not only did they break their promise, not only will they fail to balance the budget, as they said, but they now admit that under their plan the budget will never be balanced… in other words, they are putting our future in a reckless state of danger by spending our tomorrow on their today.”

Kevin Page, president of the Institute of Fiscal Studies and Democracy at the University of Ottawa, also voiced concern with the new spending, “We’re deficit-financing the corporate sector.” The former federal parliamentary budget officer observed, “This is a financial statement that responds to the business community.”

Though the finance minister’s statement may have been designed to encourage the business community, there has been a noticeable lack of enthusiasm for the government’s plan from the country’s foremost economic analysts. The reaction is best summarized by Jack Mintz, president’s fellow at the School of Public Policy, University of Calgary, who stated “I think this is a really inadequate response.”

Mintz wrote in a Financial Post column: “This fiscal update does the minimum possible to ensure Canada attracts more private investment and entrepreneurship. It makes some attempt by allowing temporary accelerated depreciation. But that is wholly lacking in addressing the serious competitiveness, innovation and productivity issues facing Canada arising from burdensome regulations, our inability to get goods to tidewater, new levies on carbon, property and payroll, and high personal taxes on families and highly skilled, high-income workers.”

Others agree with Mintz’s analysis. Craig Alexander, partner and chief economist for Deloitte confided, “It’s not going to lead economic forecasters like myself to really change our economic outlook.” The Canadian Chamber of Commerce CEO Perrin Beatty stated, “There should have been specific reference to the situation we’re facing in our energy sector and a commitment to get our resources to market. I’m disappointed as well that there isn’t a clear strategy to bring the books back into balance.”

The loudest criticism was heard in the west. Don Braid in his Calgary Herald column captured Albertans’ heightened frustration: “Ottawa offers no specific help for Alberta’s oil price crisis.” He argued the federal economic measures are inadequate for the immediate support needed for the western economy, “There is no money for rail cars, no locomotives, nothing to speed up pipeline construction and no specific industry targeted measures.” Braid then quoted Alberta Finance Minister Ceci as saying “Ottawa is living on a different economic planet.”

Albertans punctuated their disapproval a day after the finance minister’s economic statement when thousands of protestors took to the streets of Calgary to greet Prime Minister Justin Trudeau. There were loud boos as well as chants of “Build that pipe.” This inhospitable reception prompted the PM to shorten his day’s itinerary (and he retreated back to the Capital instead of carrying on to join the Grey Cup festivities in Edmonton.)

Yet, the government and Finance Minister Morneau persist with their economic approach. Facing his own sea of protestors in downtown Calgary this week, Morneau stated: “I want you to know that we are going to work to be as supportive as we can.”