The freedom convoy is back in the spotlight, as Trudeau gets set to testify 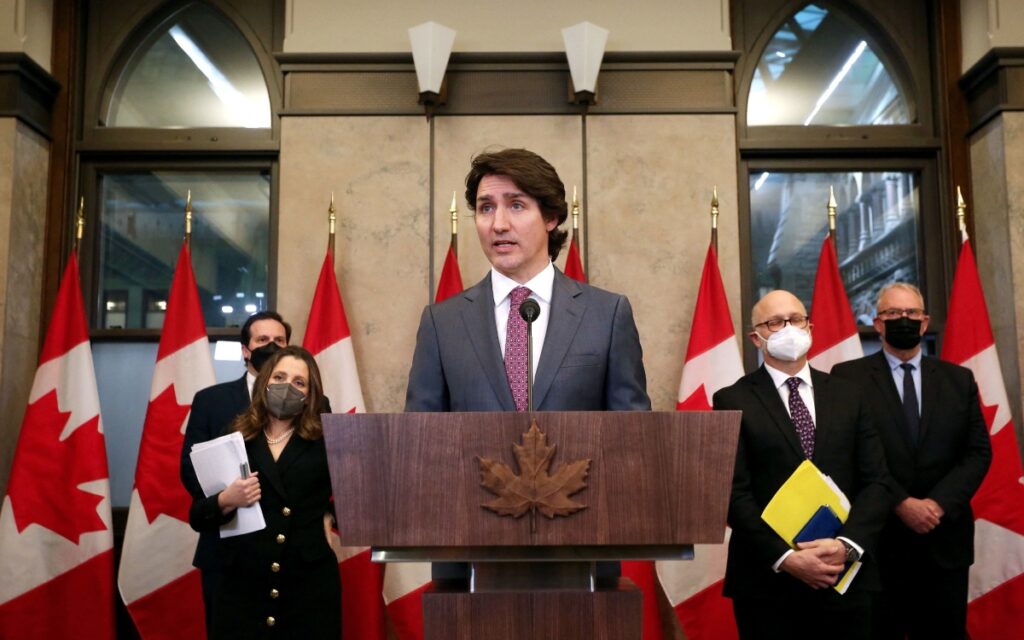 The Prime Minister will look to defend his government’s invocation of the Emergencies Act back in February. Photo credit: AFP/David Chan

This week, the Prime Minister’s Office confirmed that Justin Trudeau will testify before the Public Order Emergency Commission to defend the Liberal government’s invocation of the Emergencies Act during last winter’s occupation of Ottawa.

And just like that, the freedom convoy is back in the news.

This isn’t the first time the Prime Minister has been summoned to appear to give testimony before a committee or commission, but it will be only the second time during his tenure of nearly seven years that he will have accepted such an invitation.

The only other time was during the Standing Committee on Finance’s investigation into the WE charity scandal that saw then Finance Minister Bill Morneau resign in disgrace. At the time, Trudeau didn’t have much choice in the matter – it was either appear and attempt to control the message, or let the narrative continue to run rampant and tank Liberal support.

Both Liberal and Conservative prime ministers have fought tooth and nail throughout history to avoid the spotlight of testifying before committee members frothing at the mouth to get their pound of flesh. Even in the case of an independent panel, the questions are designed to illicit answers and rarely result in positive news coverage, or a spike in public opinion polling.

So why, when Trudeau’s poll numbers seem to be finding a new bottom every week, is he proactively putting himself in the line of fire for his use of emergency powers?

For starters, an Angus Reid poll from May found that nearly half of Canadians believed that the use of the Emergencies Act was necessary in order for the police to have the tools and resources to deal with the convoy occupation. Of the respondents in favour of the use of the Act, four-in-five were past Liberal voters and three-in-five were past NDP supporters.

This is the battlefield Trudeau wants to fight the next election on, and in order to win he will need to shore up support and start the onerous process of convincing past Liberal supporters and swing voters that there is only one person in the next election that can be trusted to run the country.

Talking about the convoy gives the Prime Minister an opportunity to remind Canadians that he was the one who came to Ottawa’s defence when trucks blocked the major road arteries downtown. In the eyes of Trudeau and his team of strategists, this is a battle of good versus evil, right versus wrong.

Delivering a values statement on the lawlessness of the convoy occupation that cost all levels of government millions of dollars in policing services also gives Trudeau needed ammunition to present himself as the champion of law and order. This, he likely hopes, will be a contrast in the eyes of swing voters against the backdrop of his opponent who welcomed the truckers into the city with open arms.

So far, Trudeau has failed to capitalize on the momentum of a new parliamentary session. As his star continues to fade and his caucus grows restless, expect the Prime Minister to play wedge politics on issues that reinvigorate his base of support.