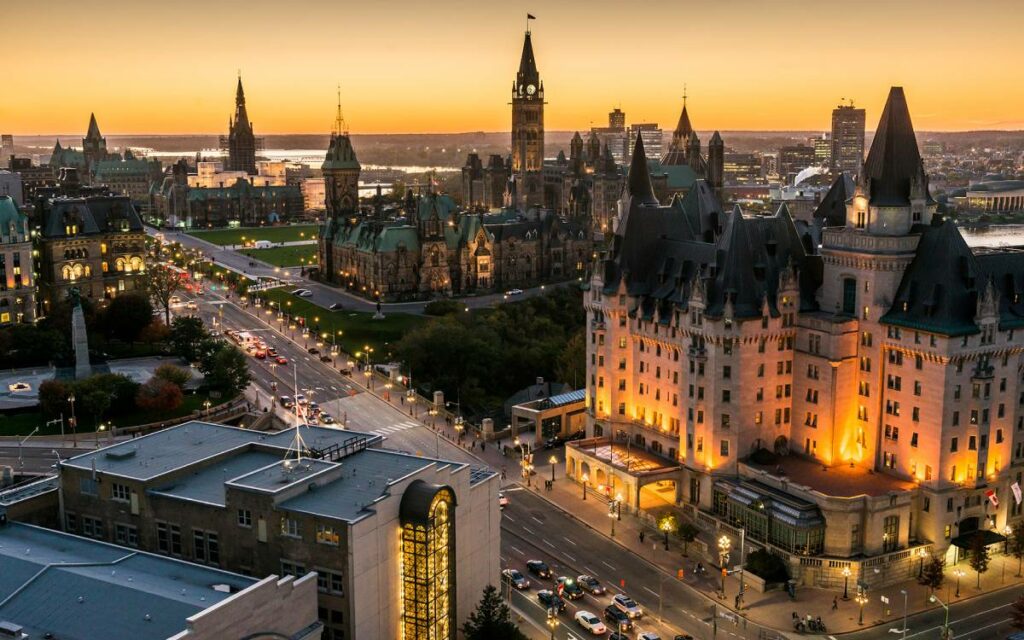 Fully 32 Ontario municipalities, including most notably Ottawa, have bought in to the notion that they will be able to phase out natural gas in the coming decades while doing no credible planning on exactly how reliable, relatively affordable gas can be replaced by unreliable and costly renewables. Photo credit: University of Ottawa

The Russian invasion of Ukraine has led to a number of countries questioning their “green” energy policies, and some to begin to reverse them, as it becomes increasingly obvious that the planned transition from fossil fuels to renewables is not the easy, pleasant process that has been portrayed by politicians around the world and notably in Canada.

Indeed, more and more experts are stating what some have always believed to be obvious – that the transition to net-zero by 2050 is not only terribly ambitious, but impossible with current technology.  Despite this overdue acknowledgement of the many difficulties and hardships imposed by governments’ attempting to achieve net-zero, some jurisdictions are still proceeding to make decisions on the future of their energy security based on beliefs that these extreme environmental goals are still attainable.

A recent example was the City of Ottawa, which late last month decided to intervene in what should have been a fairly routine proceeding at the Ontario Energy Board (OEB). Enbridge had applied to the OEB to replace an old and deteriorating natural gas pipeline that had served Ottawa for 65 years with a new, reliable, updated version. The current older pipeline is actually at some risk of failing in the near future. This situation was pointed out in an article in The Epoch Times by Patricia Adams and Lawrence Solomon of Energy Probe entitled “Ottawa is Committing Suicide”.

Enbridge was likely shocked to find that an application it considered a no-brainer ended up being rejected as Ottawa city planners and other environmental organizations intervening in the hearing prevailed such that the OEB rejected Enbridge’s application for the St. Laurent pipeline replacement. Enbridge estimates that it has about three years to deal with the aging pipeline before some type of catastrophic event occurs.

Currently, Ottawa depends on natural gas for roughly half of its household and business energy needs.  Adding to the irony is that about 15 years ago, natural gas was touted by environmental advocates as a wonderfully “green” replacement for coal as it accounted for about half the emissions of the more polluting fuel. Now that coal has been phased out in Ontario, natural gas is next on the chopping block.

Instead of refurbishing the pipeline, Ottawa continues to believe in a fantasy strategy it calls its Energy Evolution plan, which is geared toward moving away from fossil fuels to renewable energy sources and achieving the Holy Grail of net-zero carbon emissions by 2050. Cost is clearly no object to Ottawa government officials, as while the new gas pipeline would have cost $124 million, the city foresees its Energy Evolution plan weighing in at a whopping $52 billion for extensive solar and wind infrastructure.  Ottawa officials expect increases in a variety of taxes, road tolls, etc. will cover off this massive cost and not create any particular problems for Ottawa residents and businesses in the process.

Unfortunately, Ottawa is not alone in these pipe dreams. Fully 32 Ontario municipalities have bought in to the notion that they will be able to phase out natural gas in the coming decades while doing no credible planning on exactly how reliable, relatively affordable gas can be replaced by unreliable and costly renewables. Elsewhere in Canada, other municipalities are following suit. Calgary has recently one-upped Ottawa with a net-zero by 2050 plan estimated to cost fully $87 billion, with city taxpayers, businesses and other levels of government expected to ante up.

As the years go by and every single climate goal and emissions target is consistently missed by a mile, it is worth asking what it will take before governments realize the completely unrealistic nature of the net-zero objective and the pain it continues to inflict on Canadians by pretending these goals are achievable despite all evidence to the contrary.

Ottawa is a very cold place in the winter, so perhaps some freezing in the dark, more energy poverty and the breakdown of an essential pipeline will be needed to finally call net-zero for what it is – impossible.  Mind you, for many Canadians the notion of Ottawa politicians freezing in the dark might be just what the doctor ordered.